Old spindles just don’t belong on the burn pile!  I didn’t know what I was going to do with them but I knew for certain they were NOT going to stay on my Uncle’s discard pile.  I hauled them home along with a bunch of other cool stuff my uncle didn’t want.

As my Project Challenge group started thinking of items we could use as categories for this year’s monthly challenges I thought of my stash of old spindles and suggested spindles as a category option.  It made the cut and this month we are sharing things created from spindles, trim, or moulding.  You KNOW I picked spindles! 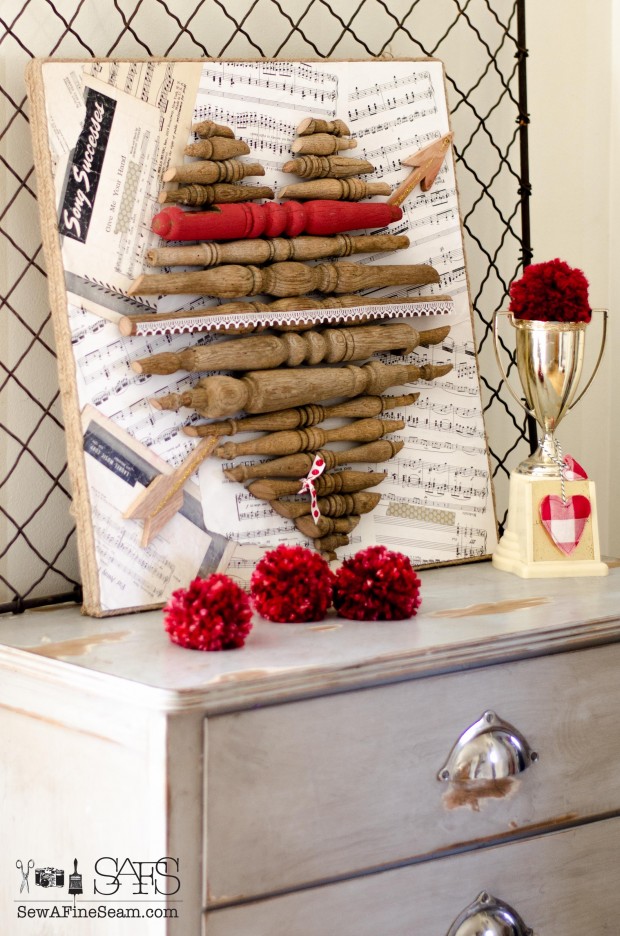 And since February is almost upon us (YAY – let’s get this winter over with already) I kept thinking of a Valentine’s artwork created out of spindles. 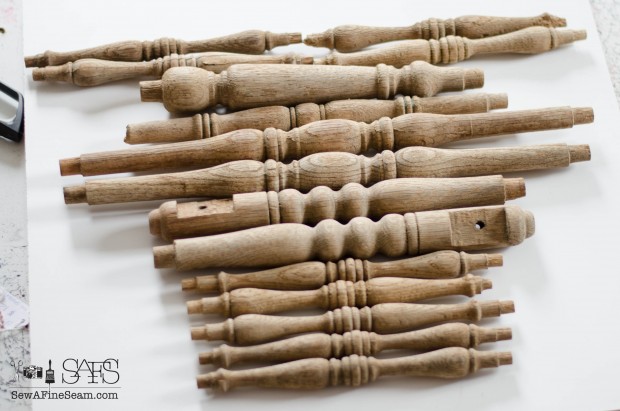 I laid the spindles out in a bit of a heart shape – can you see the idea just a bit here?

I cut a large heart out of paper to use as a guide for marking the spindles where they needed cut.  In the photo on the right you an see my pen markings on the sides of the spindles. 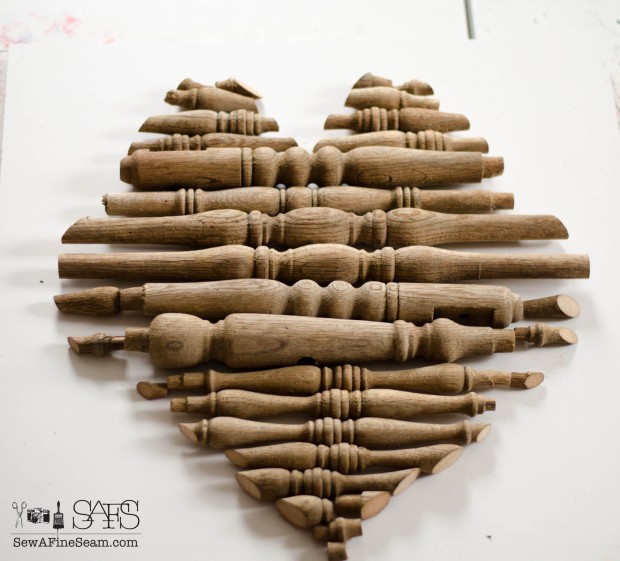 My husband cut the spindles for me on the band saw and I trotted back and forth from the house to the garage as I tweaked the layout and needed more pieces cut.  I used the shorter ends that were cut off to create the top and bottom pieces of the heart-shape and also added some to the ends of some spindles to make them a bit longer.  Hot glue attached those small pieces to the ends of the longer pieces. 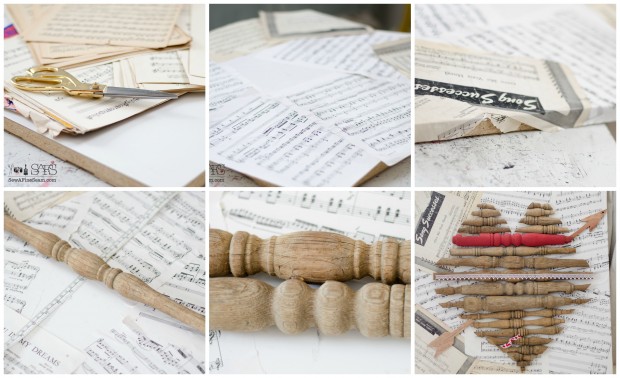 I used another piece of the laminated wood like I used on my Valentine Art made from Junk.

I arranged them around the edges of the board and modpodged them on.  I didn’t bother covering the very center as the spindles would cover that.

The music sheets wrapped the edges but didn’t cover all the edges.  I decided to tackle that issue later.

Before I started glueing I had decided to paint one spindle red.  I chose one randomly and painted it.

After the spindles were all attached I added a strip of lace on the center spindle and tied a bit of ribbon around a lower spindle.  Then I cut a wood arrow in half and cut it down to fit on either end of the heart for a bit more detail. 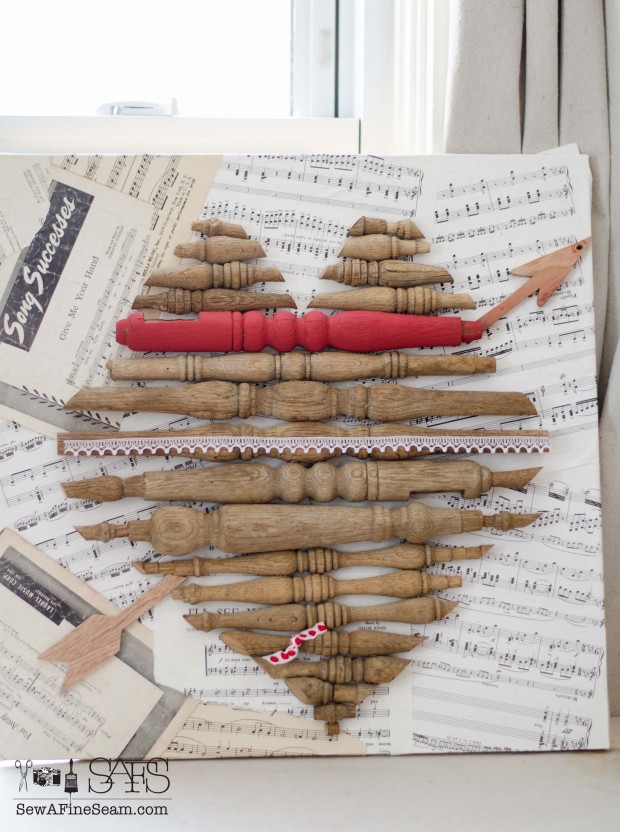 And then I set it aside and looked at it for a couple days trying to figure out just what else it needed to finish it off. 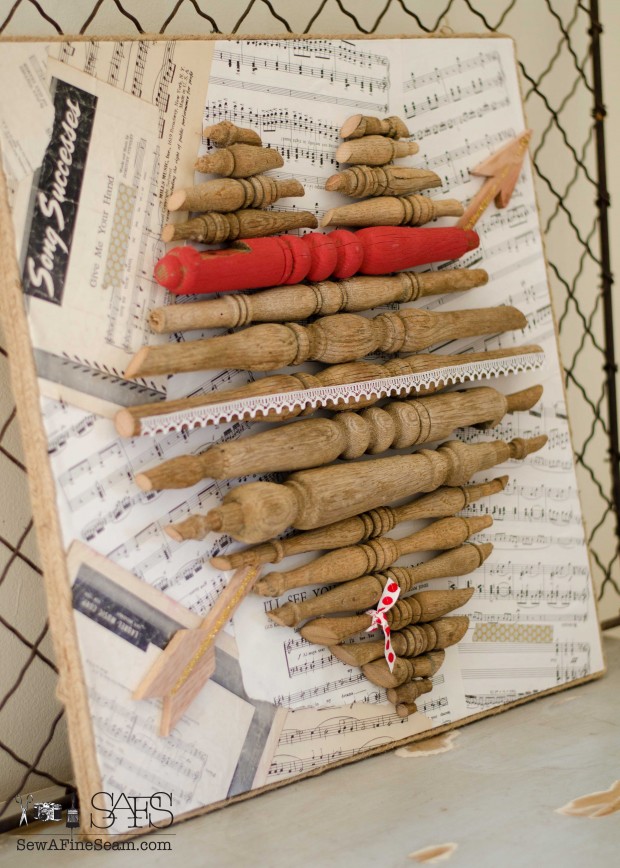 I ended up covering the edges of the board with a double row of hemp cording I had in my stash, attaching it with hot glue. 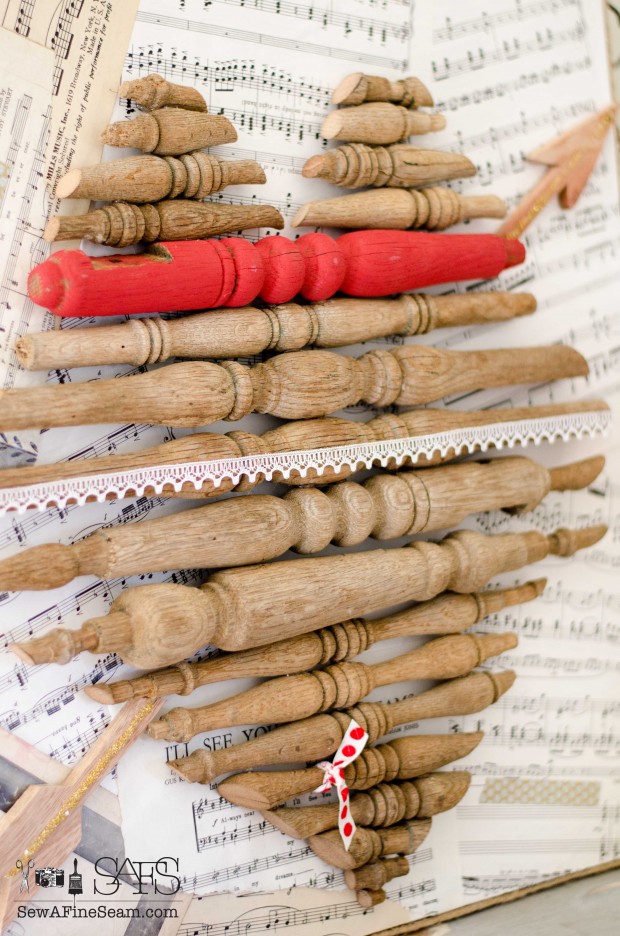 I also added a stripe of gold glass glitter down the center of the arrow. 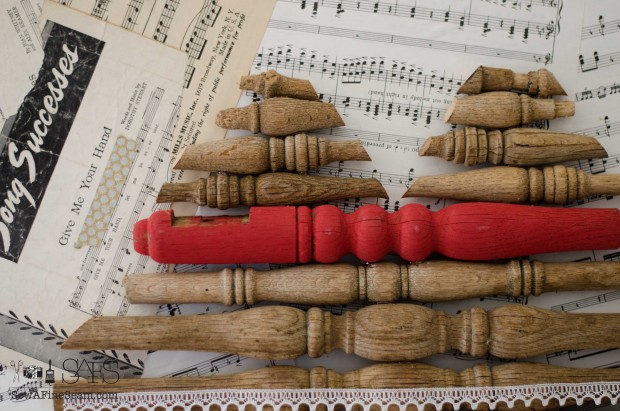 For a bit of quirky whimsy I added a couple pieces of washi tape.  See the gold and silver dot tape in the left corner? 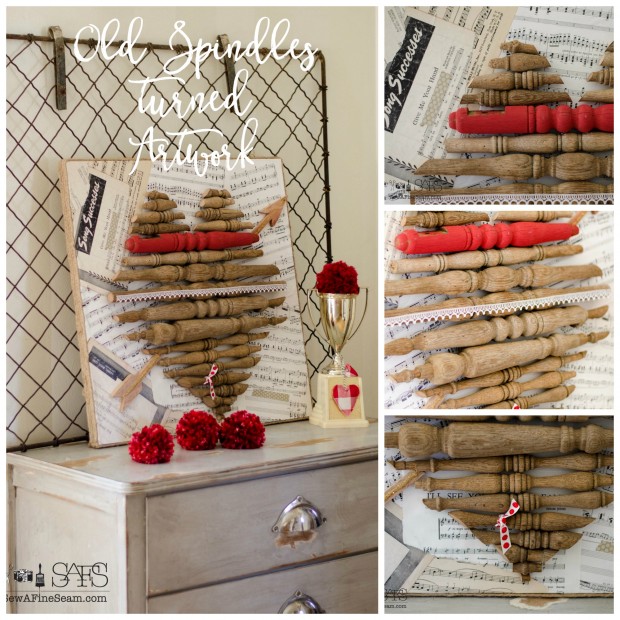 I love how this turned out.  It’s a great piece to use for Valentine’s but it also works year round.  Hanging above your bed in the Master bedroom for a bit of romantic shabby chic-ness.  Or in a little girls room.  Or even in your living space. 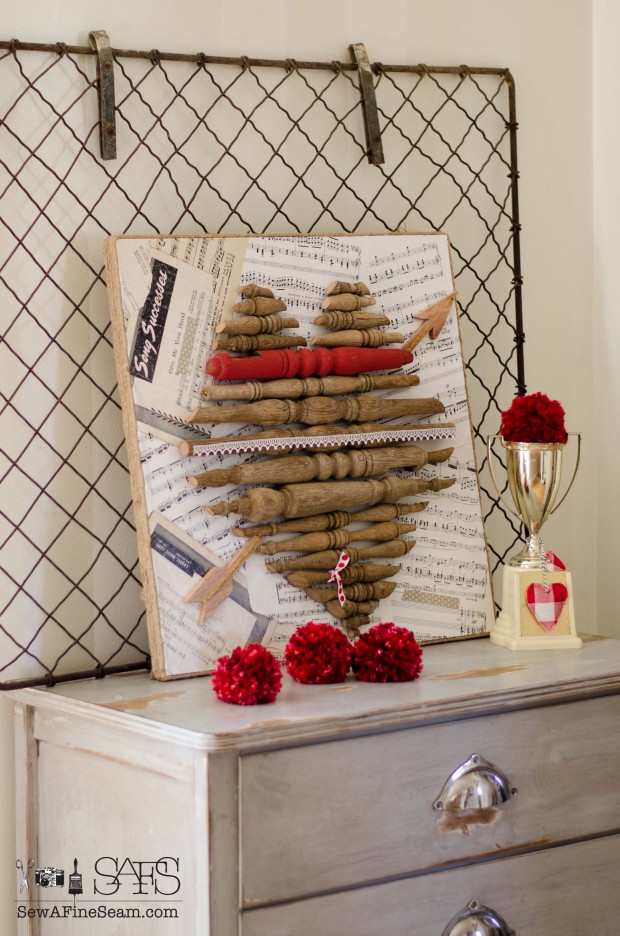 And now – it’s time for you to check out my friends projects!  They are so much fun! 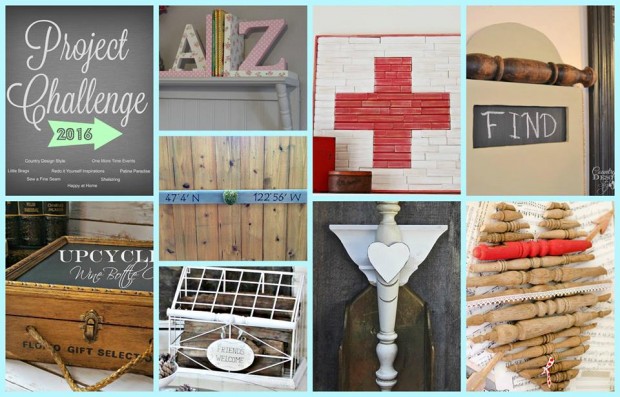 Sign up for all the Strawberries and Cream from Sew a Fine Seam! (discounts, news, product launches, info and more!)
Be the first to know about new tapestry wall hangings, boho throw pillows, seasonal home decor and more.
« How I added Cozy Farmhouse to my Decor
Valentine’s Pillow Made of Old Jeans »