Today I get to share my Porch Remodel with you and introduce you to the Junk Visionaries!  This group was started by my friend Lucy who blogs at Patina Paradise.  It’s been fun working with her to pull this together.

Our first category is Outdoor Projects.  Now this is supposed to be about taking something junky and repurposing it or making it into something cool.  Hopefully mine isn’t too much of a cheat – a kitchen porch remodel isn’t exactly an old piece of junk, but let me tell you the before was pretty junky!  It still could be considered a bit junky I suppose as it still needs paint and/or siding.  But the sagging porch roof has been beefed up and replaced, the broken concrete has been removed to be replaced with treated wood and a really cool wrap around step. 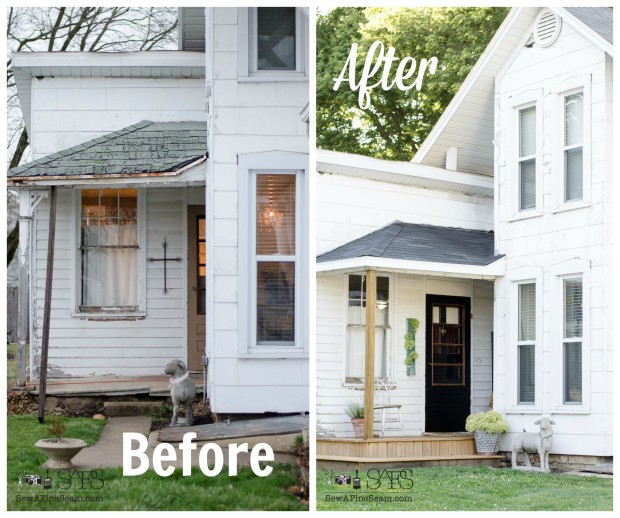 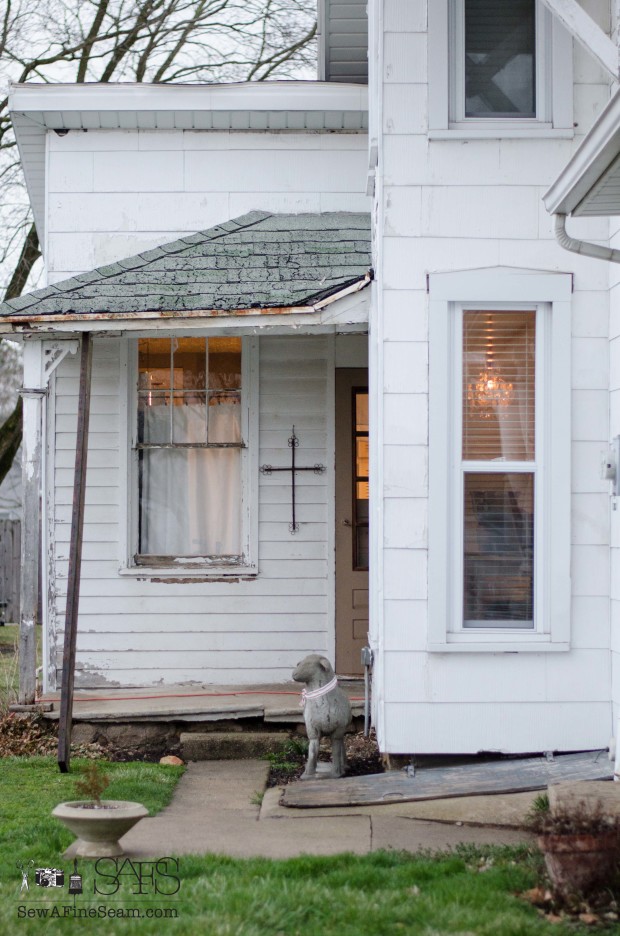 As you can see, this porch was in extreme need of a makeover.  It was horrid!  I really can’t believe we let it go as long as we did.  Push came to shove after the concrete cracked completely in half this winter and the left side wasn’t stable any longer and would move when you stepped on it.  Now it was a safety hazard as well as an eye sore! 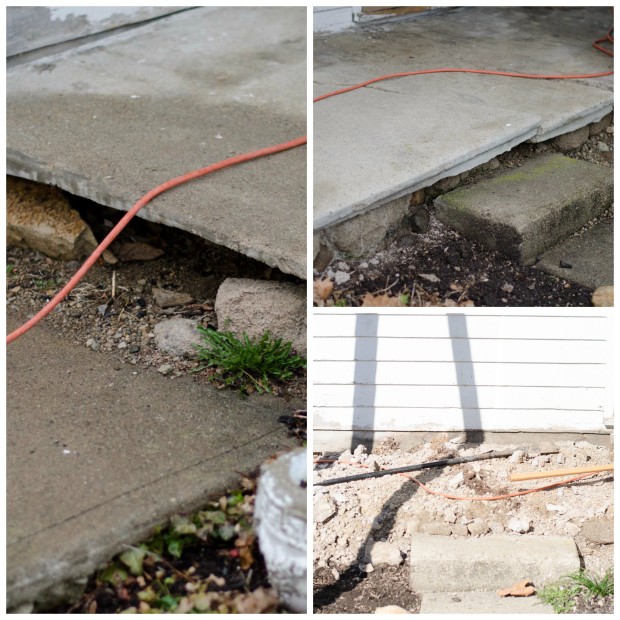 You can see how the gravel under the concrete had slowly eroded away over the years, allowing the concrete to rock when it finally cracked all across the middle of the porch.  As soon as the weather permitted in the Spring my husband started in, tearing out the old concrete.  You can also see here that to have power in his garage my husband had to string a lovely orange extension cord from the outside socket on the house to the detached garage.  While this porch was torn out he added an electric line underground that eliminated the need for an extension cord and allows him to have lights and power in his garage at the flip of a switch.

We have found over the years that one project on an old house leads to at least one other project that needs to be done at the same time.  Usually several!  Old houses have lots of character – and they make characters out of us as we struggle to update them and bring them into the 21st century 🙂 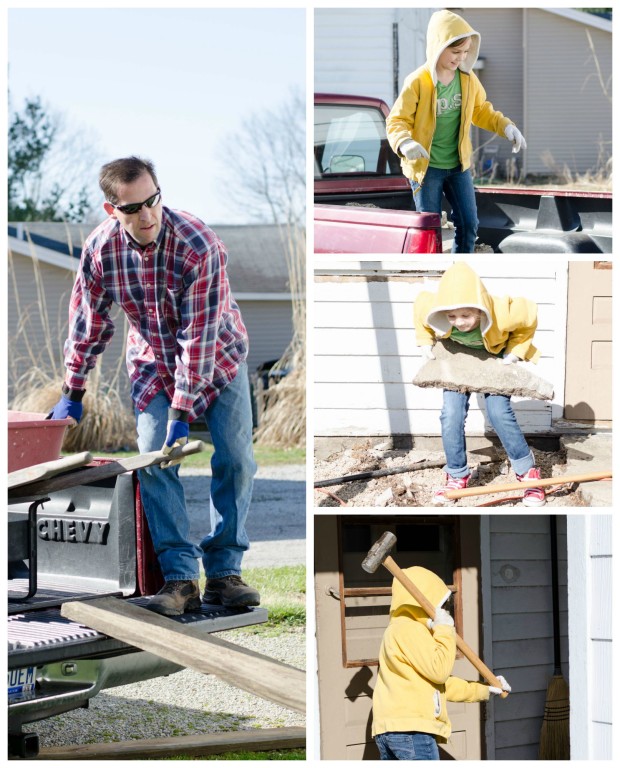 Early Spring, as soon as we could get to it, the demolition of the old porch floor began.  Travis had a willing helper, our 9yo felt it necessary to help whether it was needed or not 😀 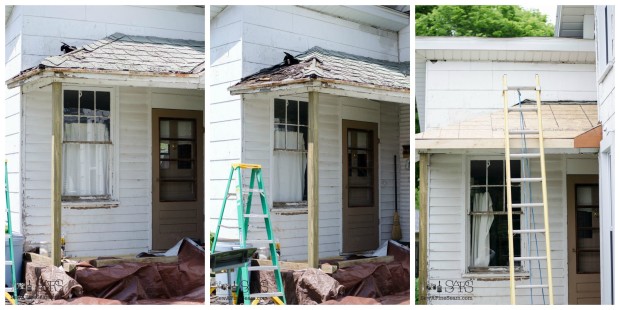 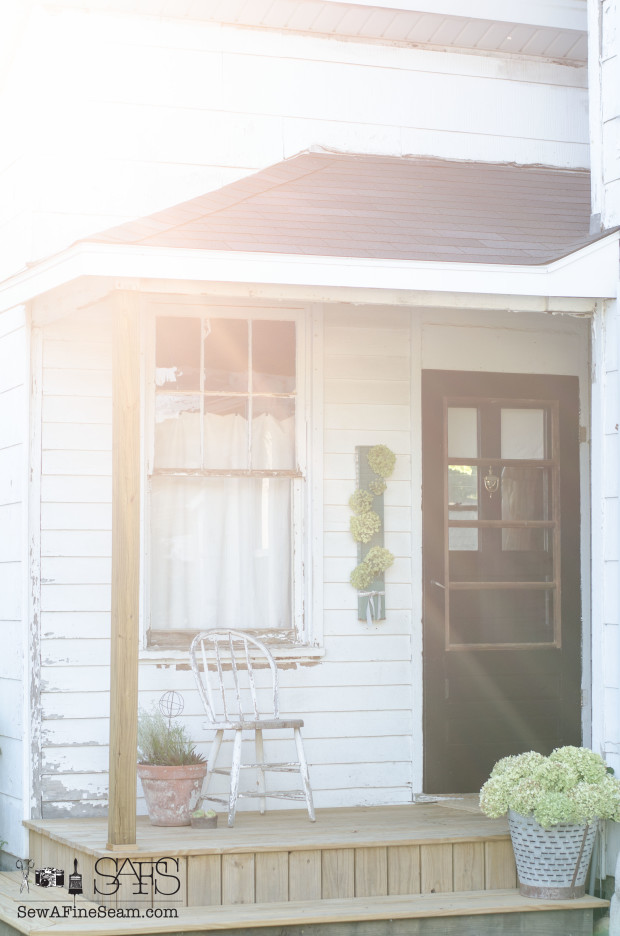 The porch is made of treated lumber and instead of just a single step like before, Travis suggested making a wraparound step out of the same lumber.  I love how it turned out. 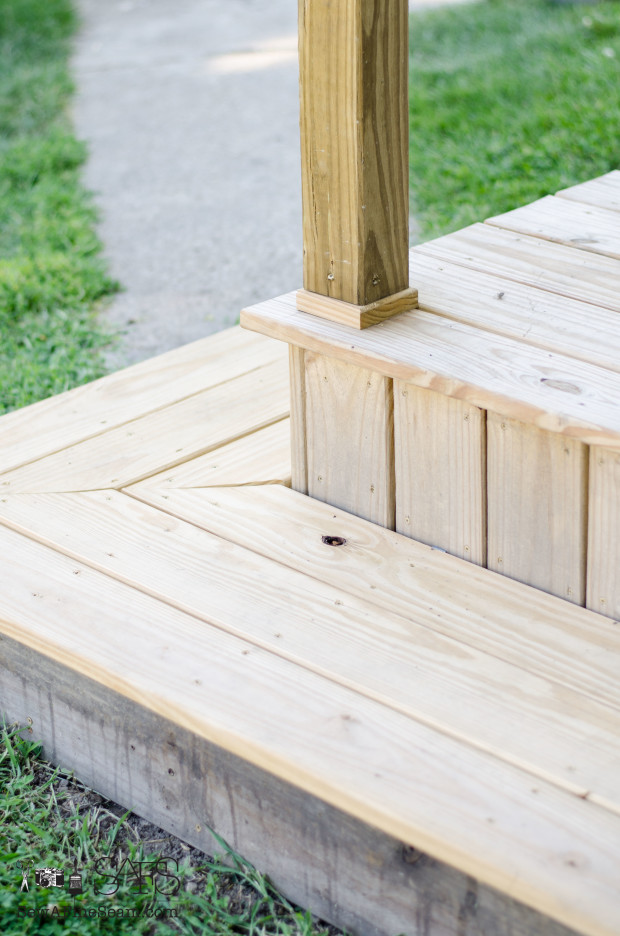 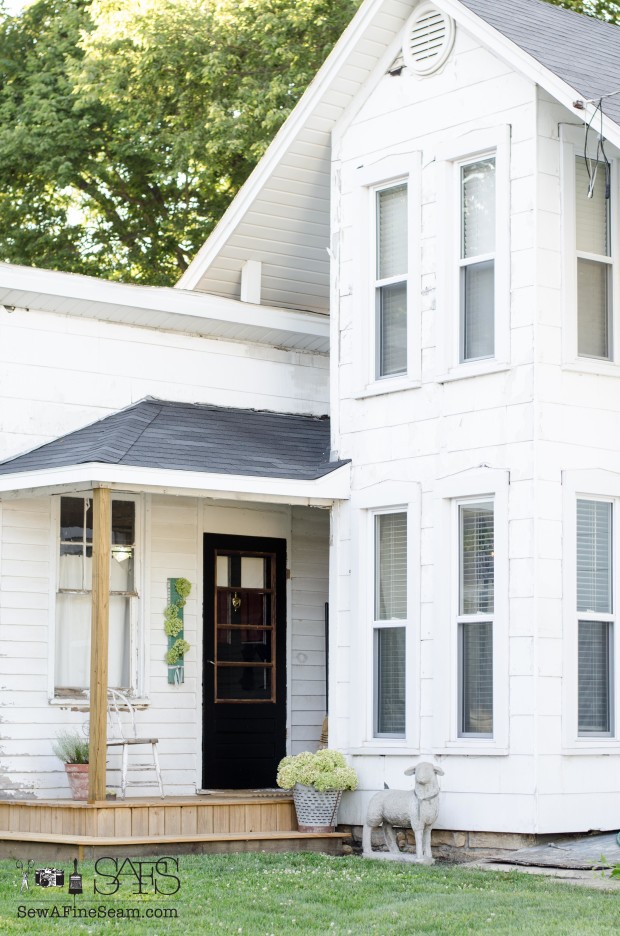 It’s amazing to me the difference this made in how our house looks.  Yes, it still needs new siding.  Yes, it’s still a bit shabby looking with all the peeling paint.  But that straight new porch instead of the old sagging one it looks much better and somehow makes the need for new siding fade into the background just a bit. 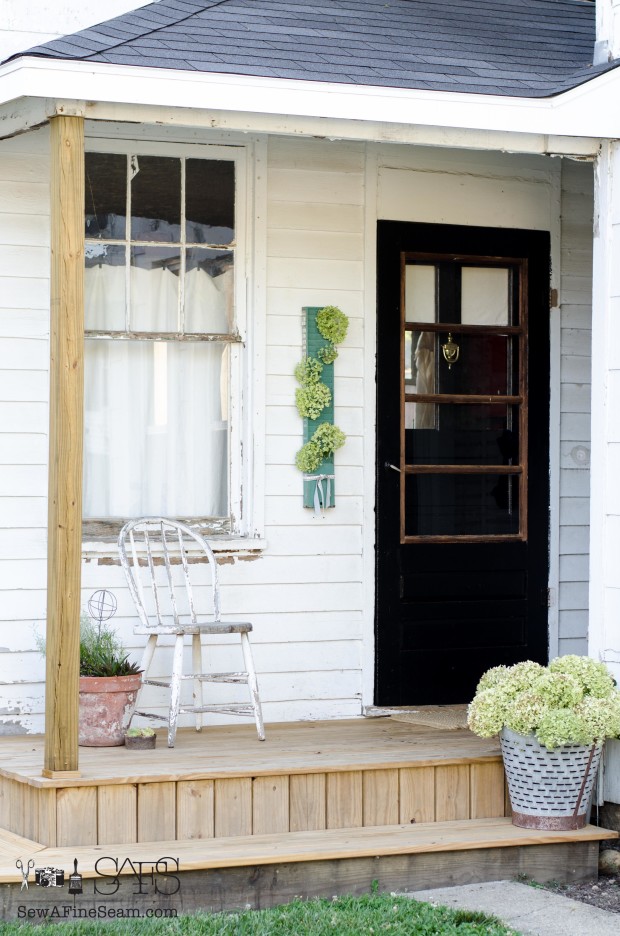 I shared earlier how I painted the door and added the old time card holder to the porch.  I tucked some of my hydrangea blooms in the holder for this photo shoot.  The flowers I had in it earlier were drooping from humidity as were the sign cards I had added to it.

I like my new porch.  It makes me happy.  It’s fun to like what you see when you pull in the drive to your home 🙂

And now you need to go see what my friends did for their projects!

Sign up for all the Strawberries and Cream from Sew a Fine Seam! (discounts, news, product launches, info and more!)
« Reclaimed Cypress from the 1800’s
The Milk and Cream Co. Stencil »