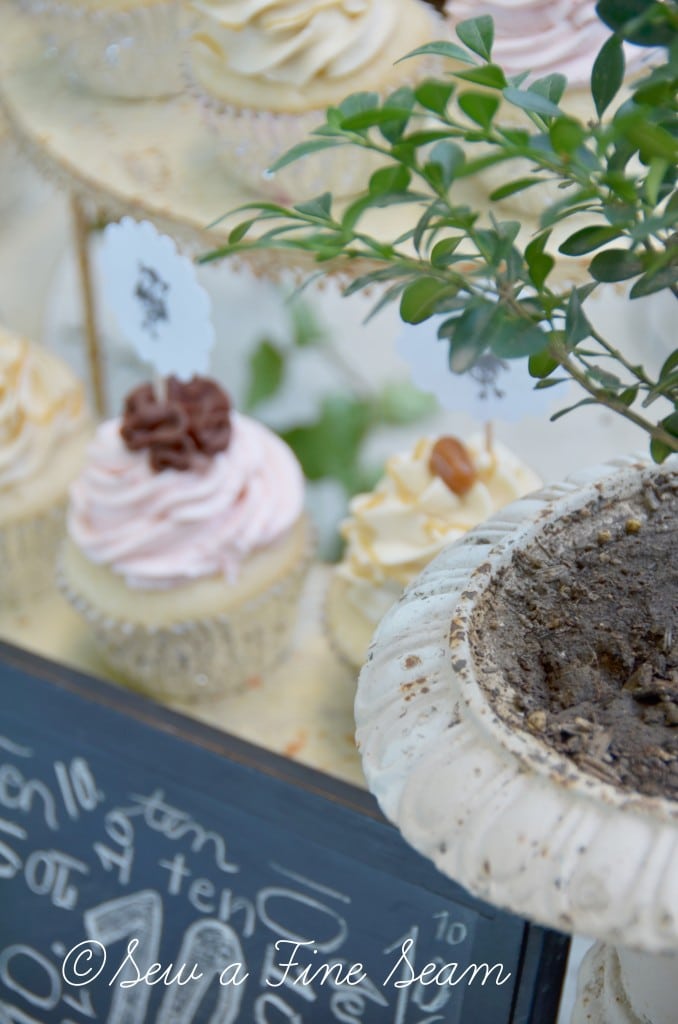 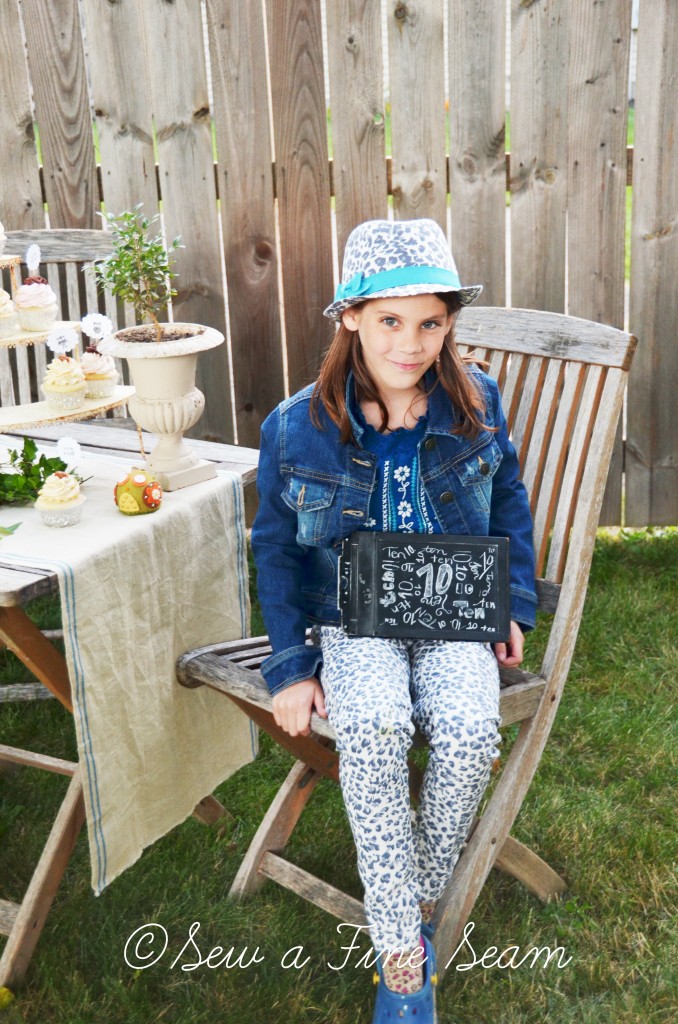 And now it’s been TEN years!  Wow.  Time does fly.  So glad God blessed us with our little tomboy who likes playing with legos, bows and arrows, toy guns, slingshots, Indian games, and wants to play the drums.  Life just wouldn’t have the same sparkle without her! 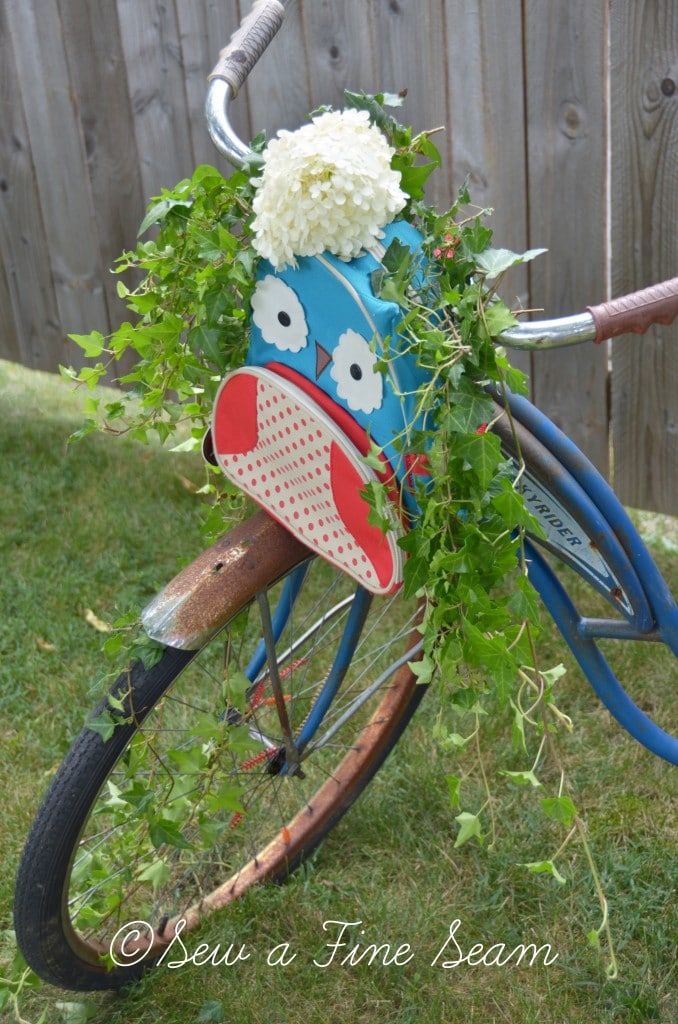 Larke said she would like to have an owl themed birthday party.  So I  added in some owls where I could and did everything else with stuff I had on hand or had borrowed.  The backpack was a birthday gift to Becca last year.  Since it’s an owl I used it on the old bike instead of a basket. 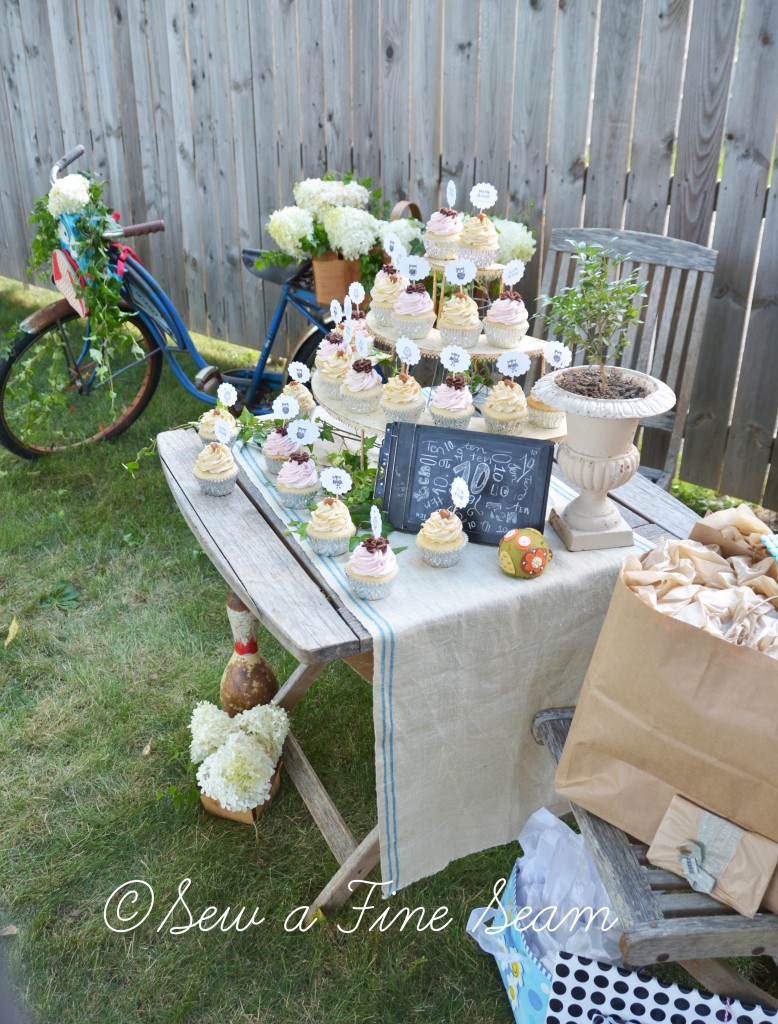 I borrowed the darling cupcake stand from my friend Kara, and also cut the Hydrangeas from her overflowing hedge of bushes!  Thanks so much Kara! 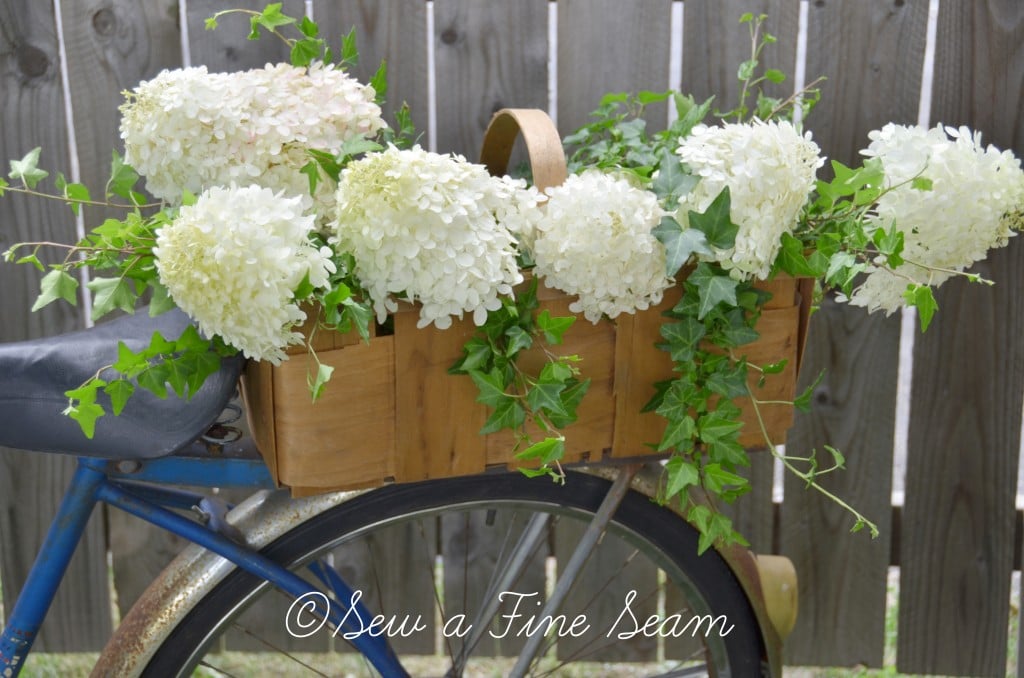 Hydrangeas just make any decor.  All you need is some blooms and you have a lovely setting!  I want to plant some Limelight Hydrangeas so I have fresh blooms in August too.  The ivy we have in abundance here. 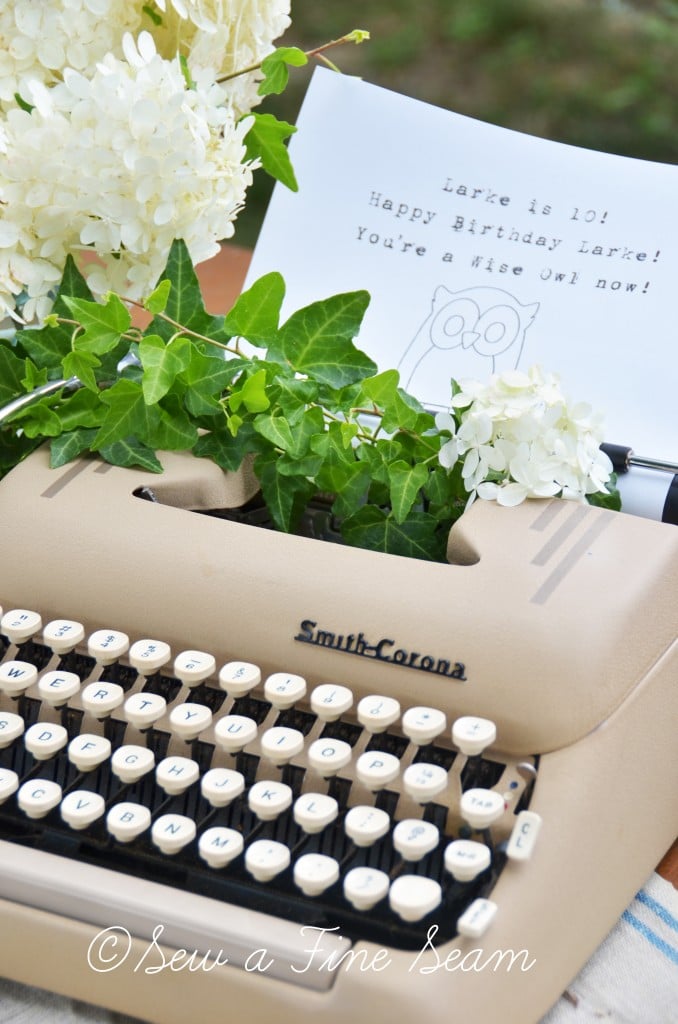 On the food table I used a vintage typewriter with a note to Larke on the paper in it. More Hydrangeas and ivy added just the right addition to complete the centerpiece. 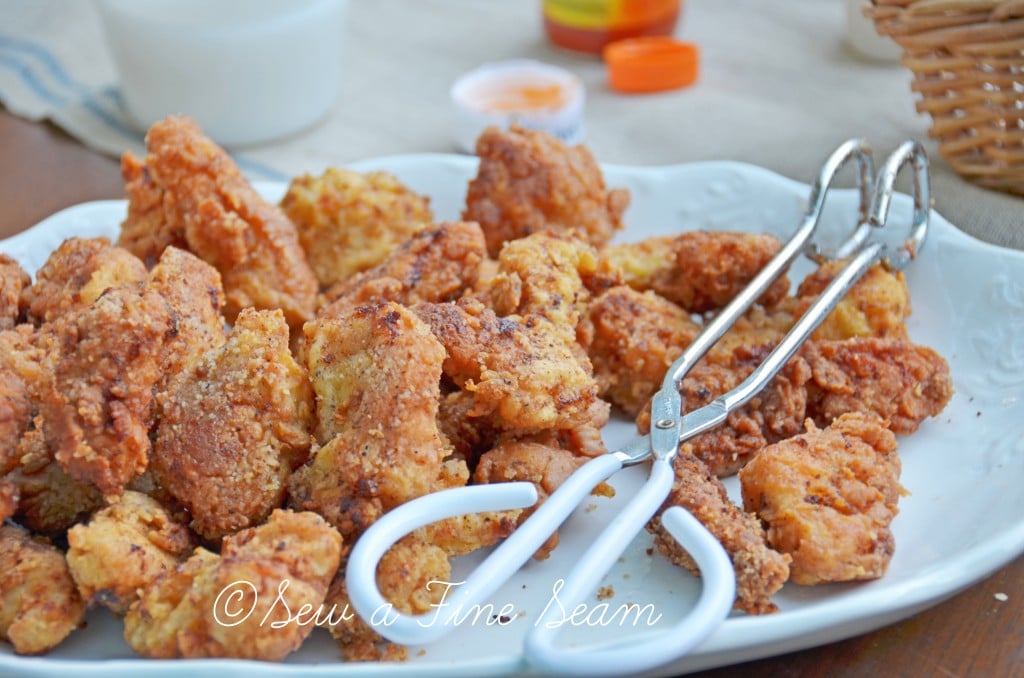 Larke wanted wings for her birthday dinner.  So I made boneless wings and fried 5 skillets of them.  I was beginning to think I should have made the cake and bought the wings! 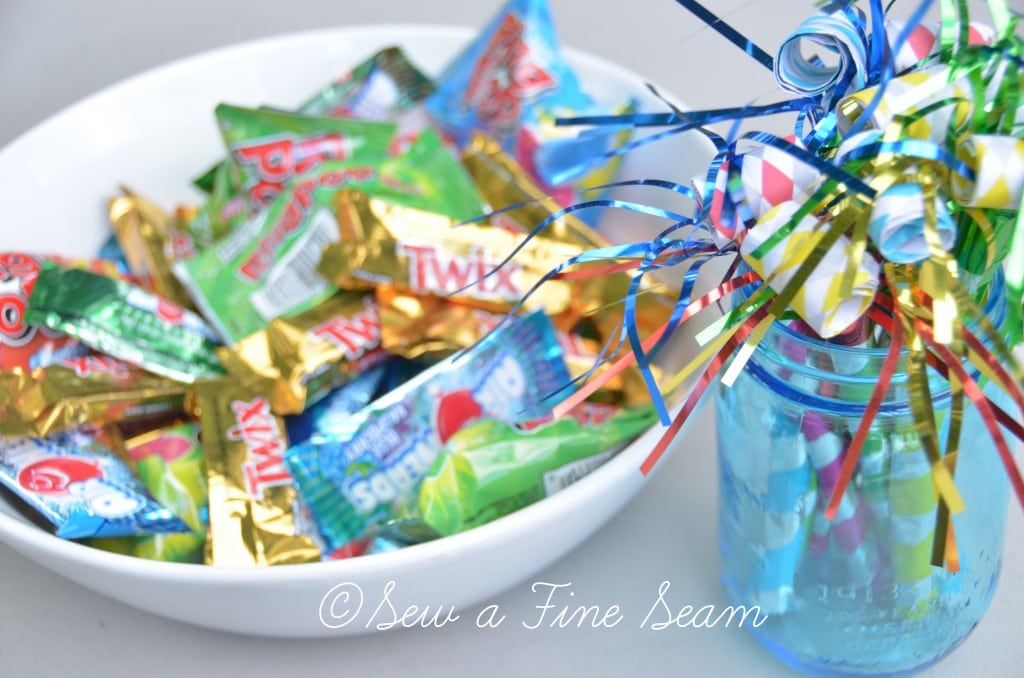 Candy and ‘blasters’.  I don’t even know what the real name is for these birthday blow things.  At Emma’s second birthday my Grandpa got hold of one of these and had quite a fun time with his ‘blaster’.  We’ve called them blasters ever since.  It’s a fond memory I have of that birthday party – my Grandpa was in fine form and laughed a lot – and my Grandma was so embarrassed at him! Such a cute couple! 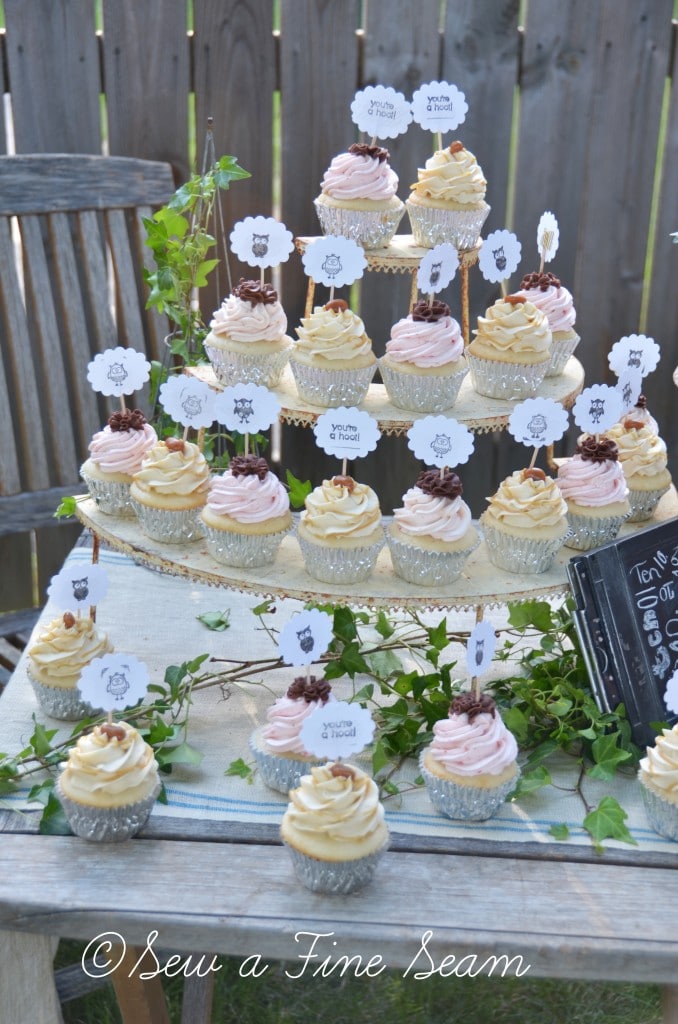 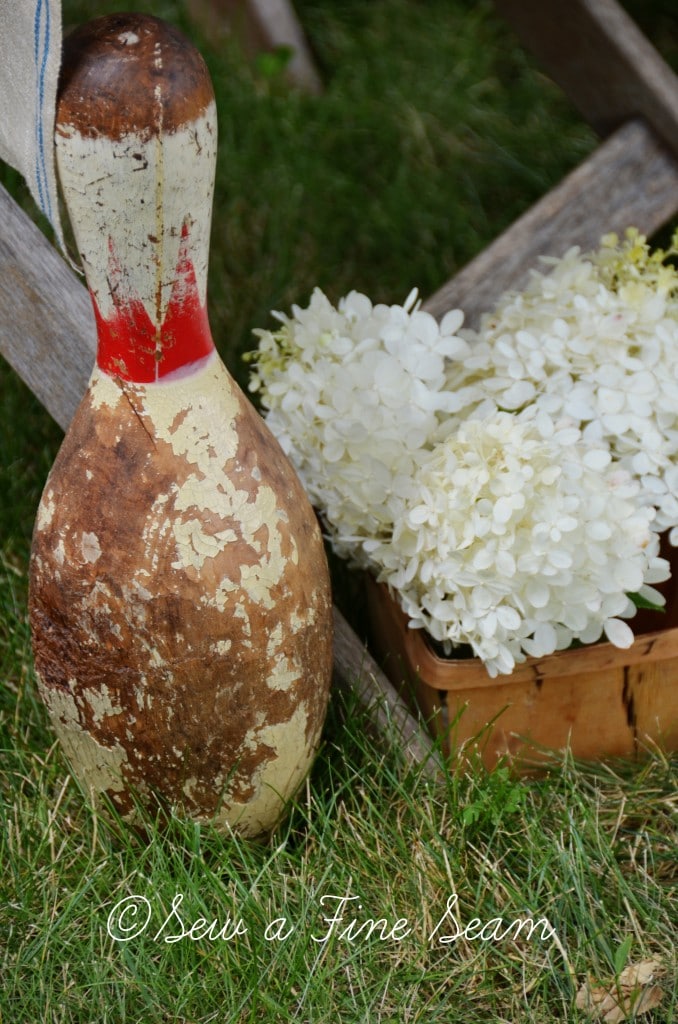 The old bowling pin was with the table and chairs and when I moved them to this spot for the party I tucked it in with some Hydrangeas to keep it company. 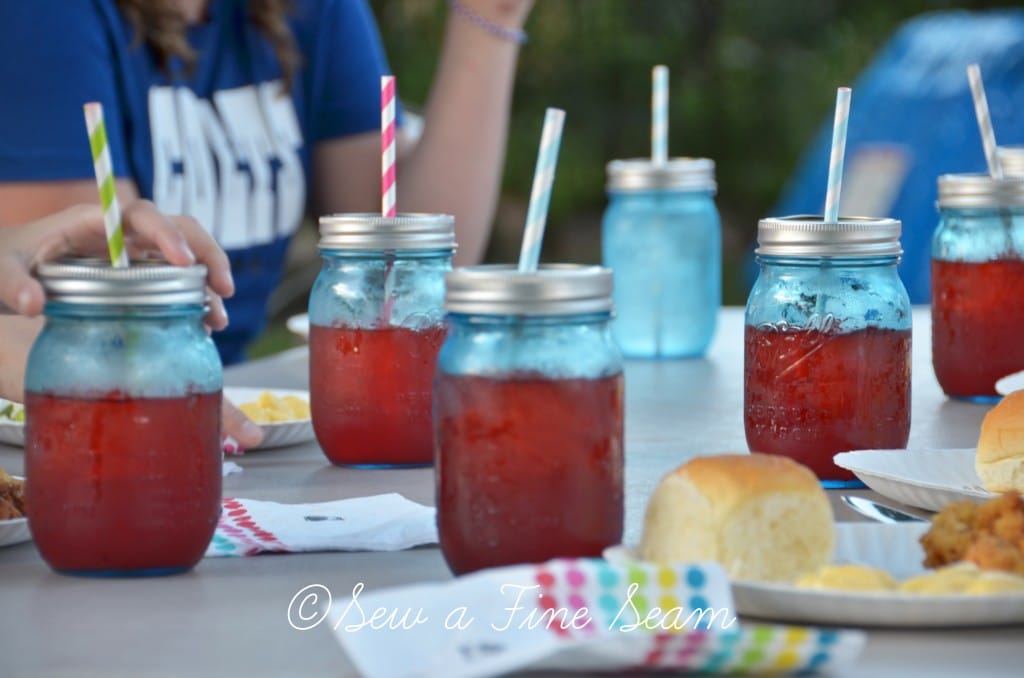 Birthday party was the perfect excuse to buy some of the 100th year anniversary blue pint jars from ‘Ball’.  I ordered mine from Kmart online – for less than $9 per set of 6 and free shipping!  Woo-Hoo!  Travis punched holes in the lids for me.  I missed Decor Steals deal for the cool lids with holes in them back in January.  They finally brought them back – today!  Did you see them and get yours yet?  Today, 8-15-2013 only! 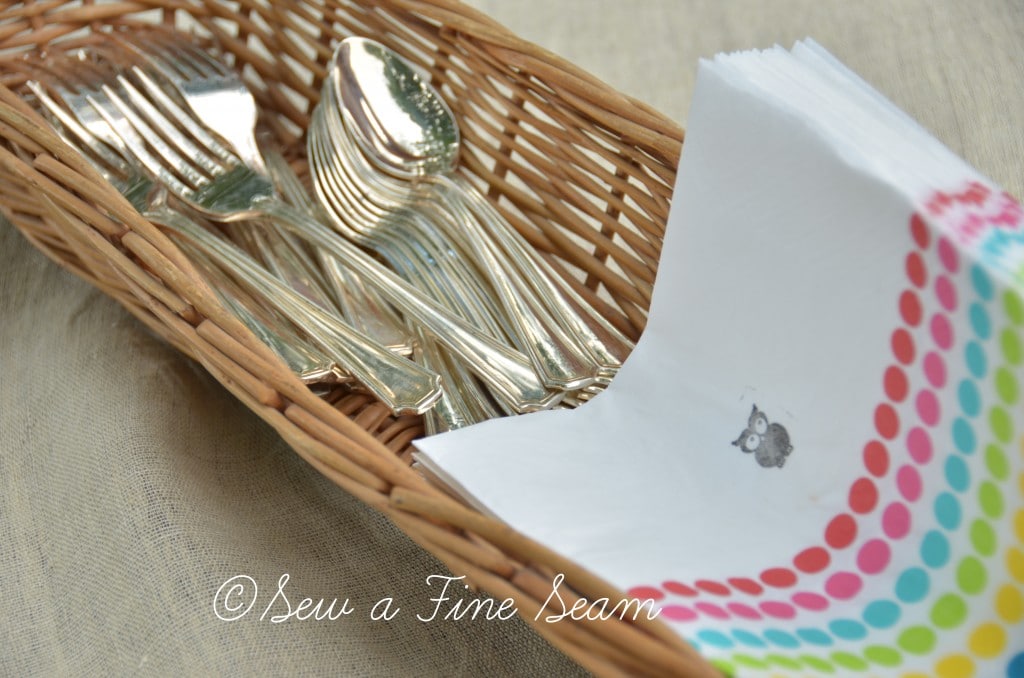 Owls stamped on the napkins added a bit more ‘owl’ to the party.  Larke also stamped owls on the tags on her favor boxes.  And on the picks we put in the cupcakes.  Just enough owls to give a hint of a theme 😉 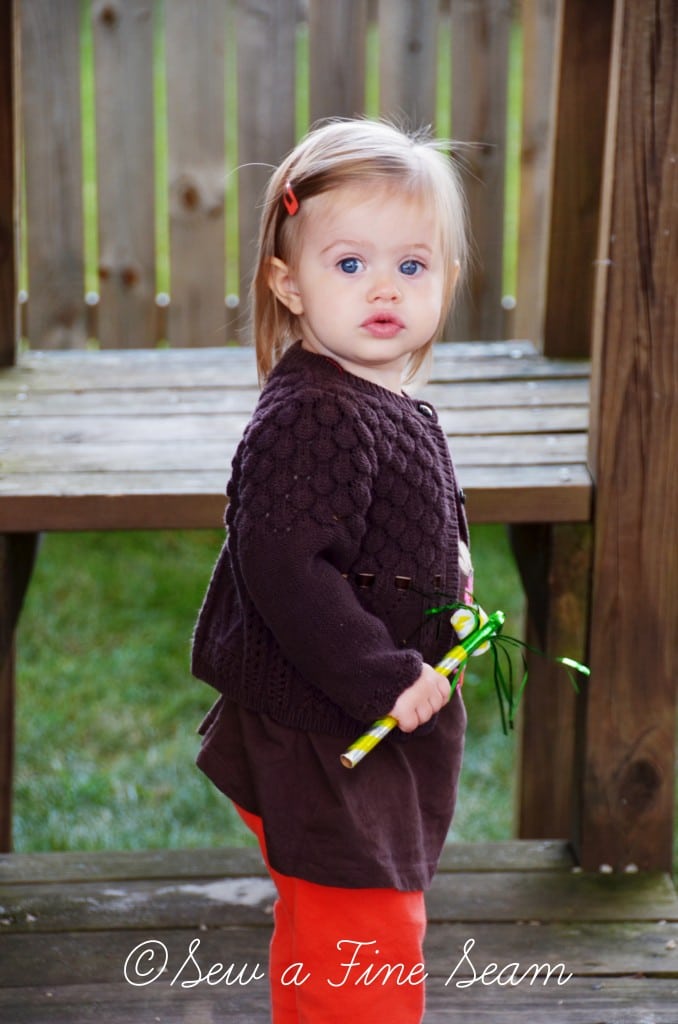 The littlest guest!  This little gal is such a cute little sweetheart!  Larke just wanted to have one friend this year and her friends family.  Her friend has 4 siblings so it was a very fun party with lots of littles. 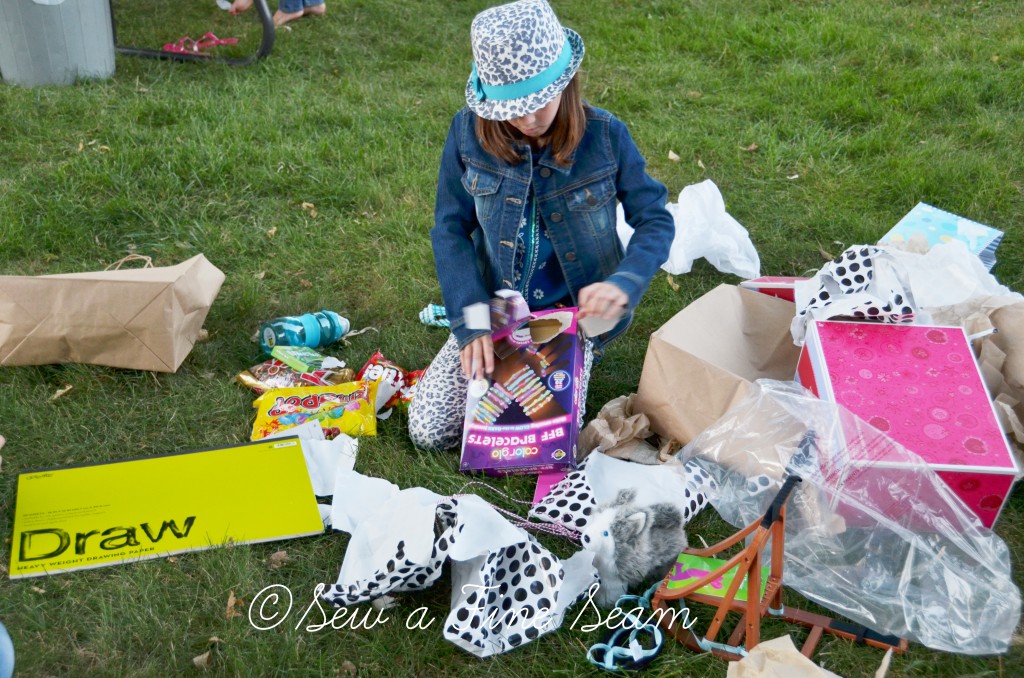 Larke loves gifts!  She had a ball ripping them open!  We had a craft for the kids too – I’ll show you that in another post. 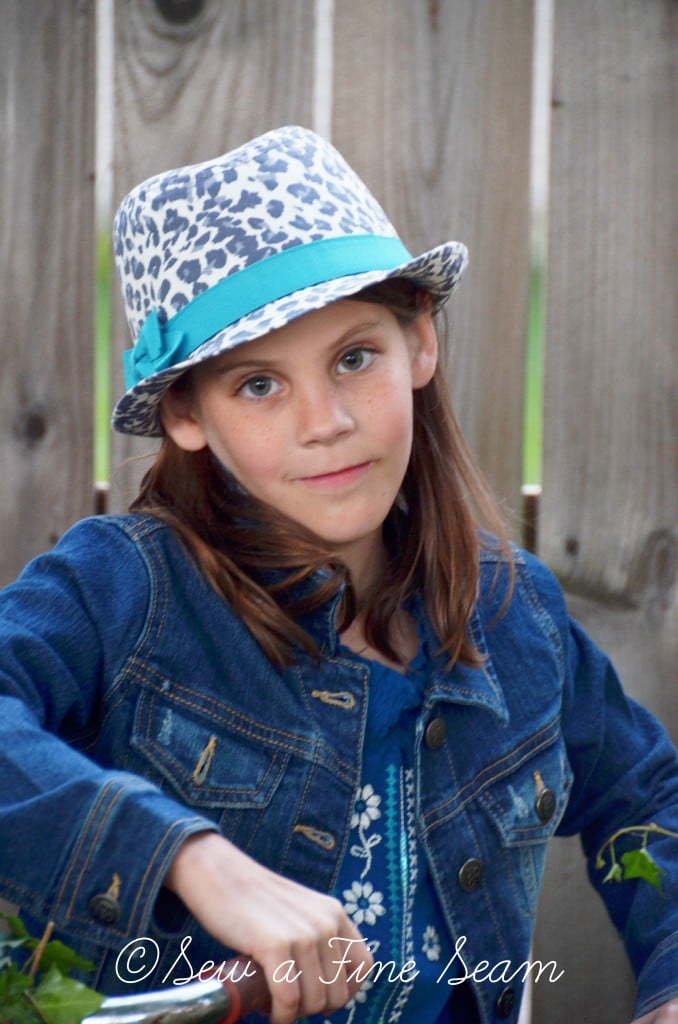 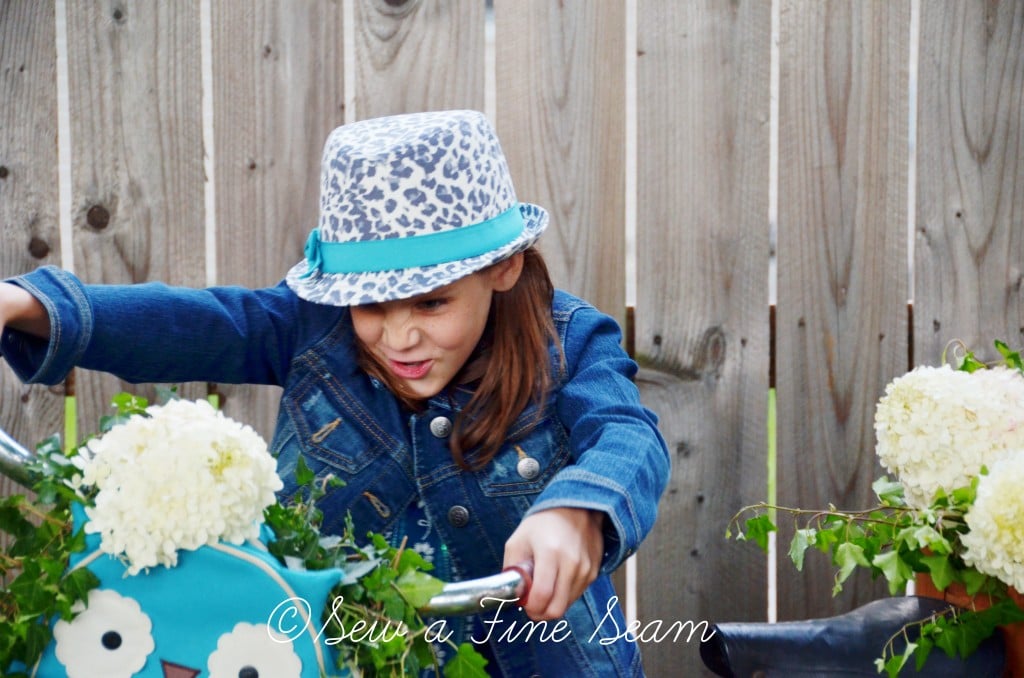 And this is so much more typical for her than sitting with a sweet smile for a pic!  She’s a HOOT! (pun intended!)

Happy Birthday my sweet 10 year old!  We love you so much and are so glad you are part of our family!

I’m leaving in the morning to help photograph an out-of-state wedding.  So excited about this opportunity.  The photographer is Belle Hess, and I’m just thrilled to be second shooting and learning anything I can while watching and helping her!  Hoping my family gets along ok without Mom for 3 days!

Sign up for all the Strawberries and Cream from Sew a Fine Seam! (discounts, news, product launches, info and more!)
« Birthday Party Planning
Ruffled Dress – with Fabric Rose Detail »