Have you met my friend Karen from Redoux Interiors?  She does some great furniture makeovers and most of her furniture comes to her free – from the dumpster!  You really should follow along with her and see all her great junk – er, junque!  It was from Karen that I got the term junque.  It may look like junk to you but NOT SO!  There is some great ‘junque’ out there just waiting for a new home, a tender loving touch, and a bit of a makeover. 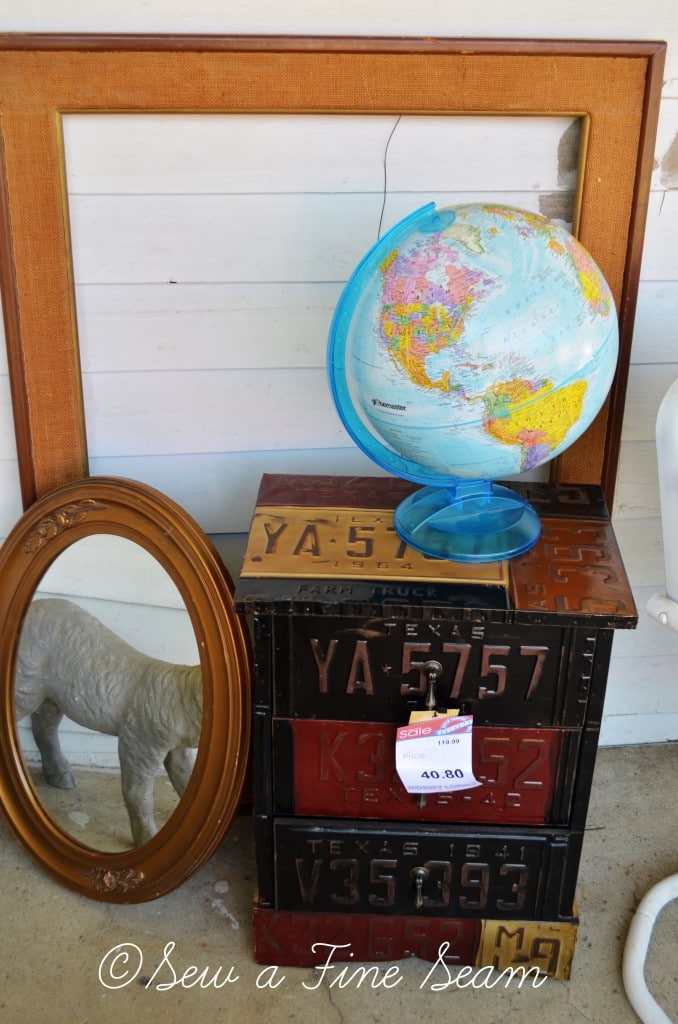 I thought today I’d share a few ‘junque’ finds I picked up in the past few weeks.  It’s actually been a bit since I got this stuff  but I’ve just had too much other stuff to share to get to this.  And there is more where this comes from 🙂 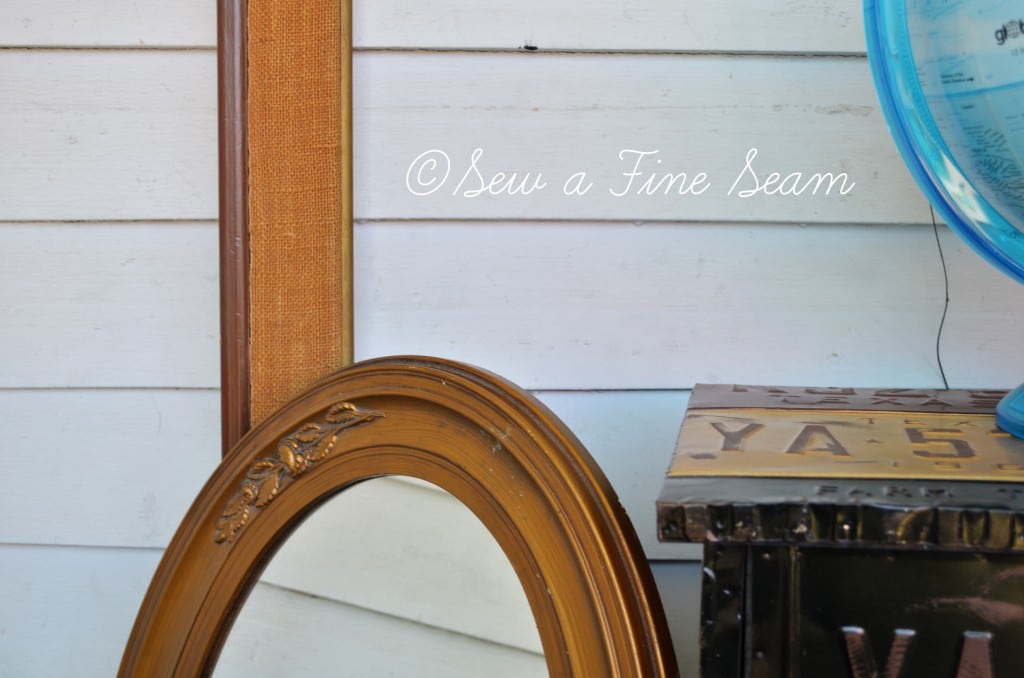 The week I got these finds my youngest daughter was at Grandma’s, and the Teenager was at ‘Alive’, a Christian concert that lasted 5 days.  So it was just me and my Middle Girl, Larke.  She thinks I never do anything with just her – poor deprived middle child – so I decided to take her shopping.  We shopped for some things she needed and I managed to get some ‘junqueing’ in too 🙂 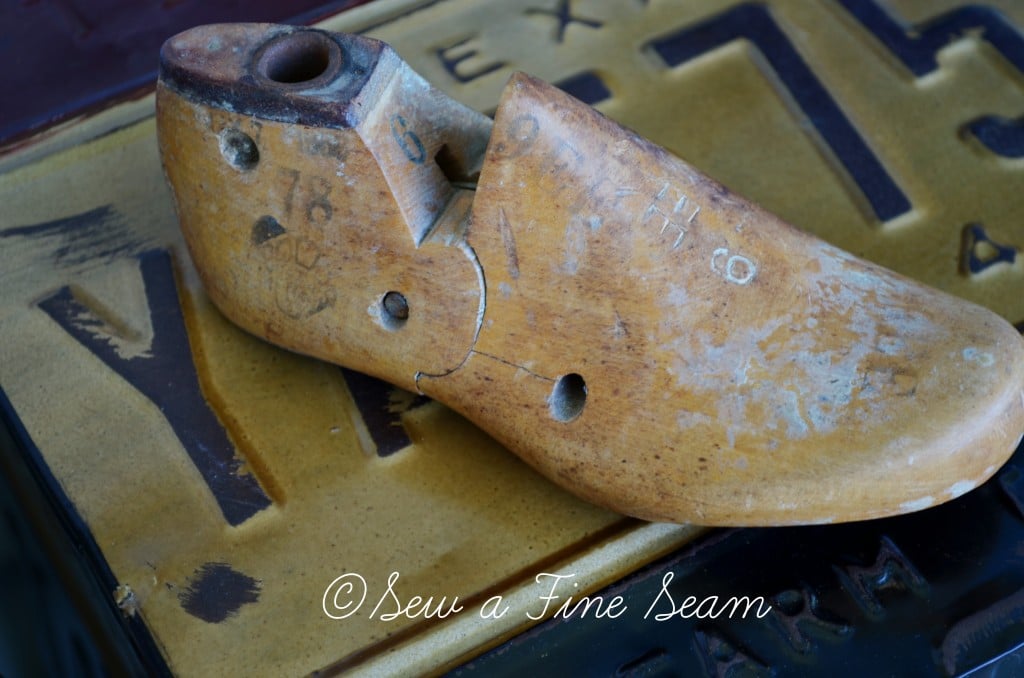 Old frames, old mirrors, shoe lasts, plastic globe, – junk or junque?  I see the beauty in all of it, or at the very least the beauty it can be turned into.  I have a project pinned that I want to recreate with that globe.  The mirror has already been painted with AS chalk paint, and is awaiting its turn to be put in its intended location. 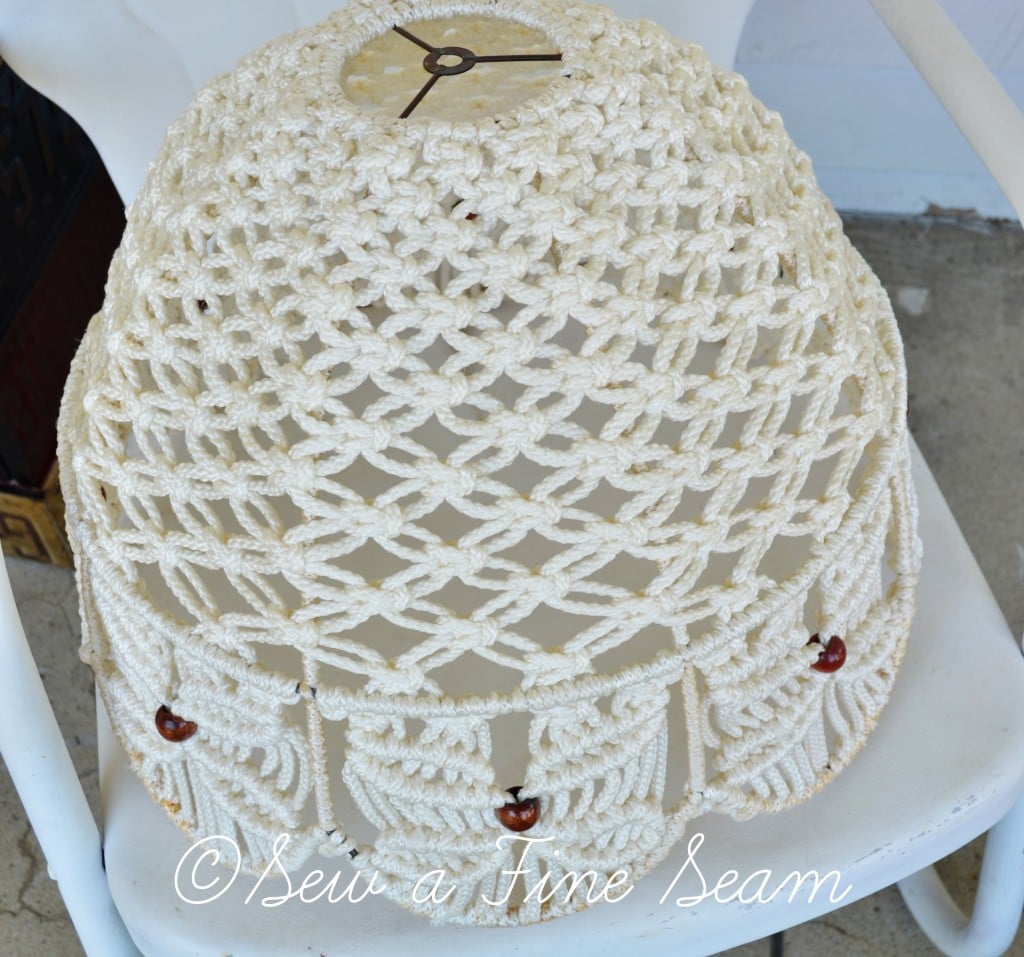 Isn’t this lovely?!  I debated long and hard about this.  In its present condition it really is junk in my opinion.  But I knew that underneath all that yarn and beads there lurked a beauty.  But did I want to tackle this one?  Was it worth it?  It was!  I’m telling you I have big plans for this.  Hopefully sometime within the next 2 years 😀  I will share the unveiling of the beauty within sooner than that but my long-term plans for this might not see fruition for awhile since they include a bit of help from my hubby. 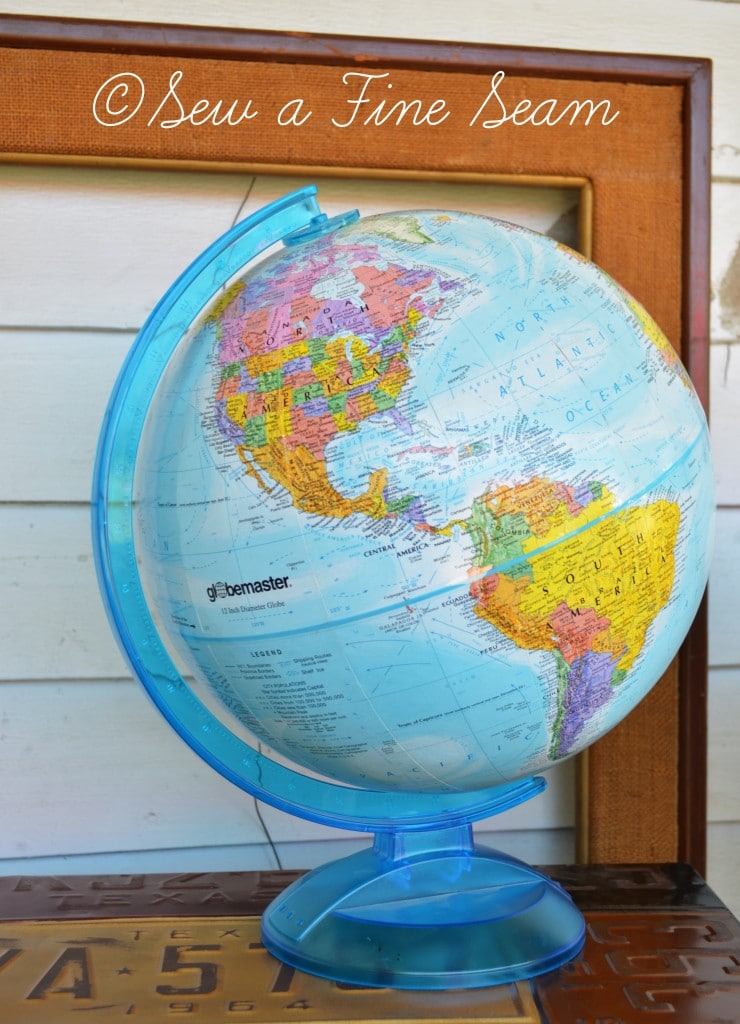 I’m sure you noticed the night stand is not old.  Nor was it second-hand.  We found that at Hobby Lobby – you probably noticed that too.  And did you also notice the price?  Larke was rather delighted when I told her we could get it since it was on sale so much.  She has needed a night stand for her room for a long time.  This one looks just like something she would like and I could see a direction to proceed with the room makeover that has been talked about but stalled for a while.  (it got started this weekend and I cannot wait to share it with you!)  So the night stand doesn’t really even qualify as ‘junque’ but I’m sure some would call it junk since it’s made to look old instead of made of oak and finished with an orange shiny finish 😀 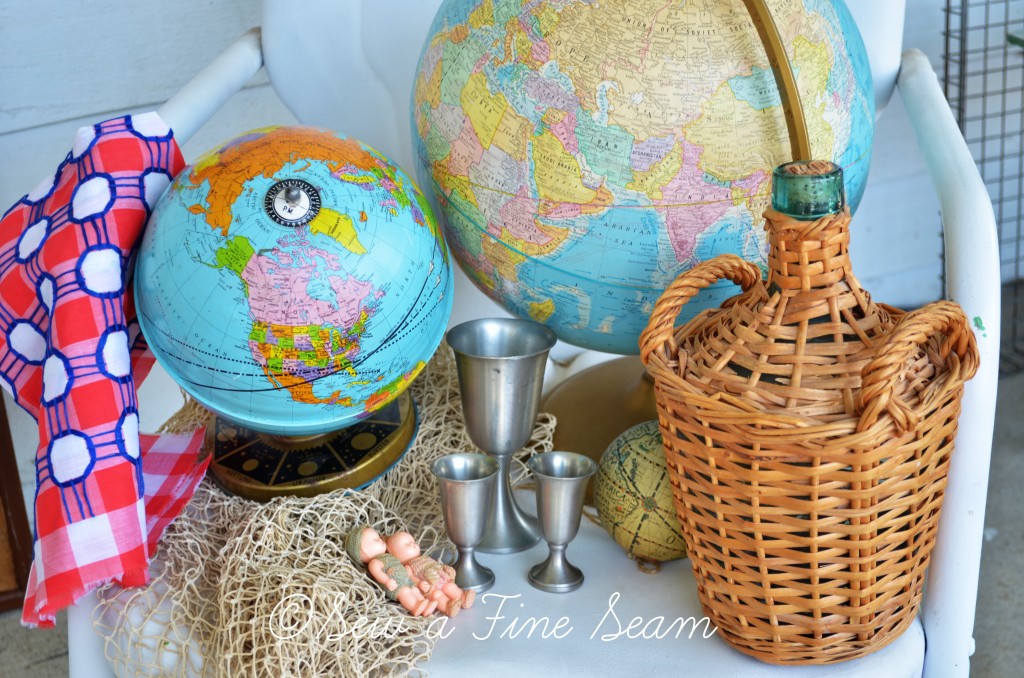 And just a peek at some things I picked up at a friend’s garage sale a few weeks ago.  Those globes are the real deal!  I hope to share more of these finds later this week.  Hope your week goes great.  I’m headed to IKEA tomorrow – need anything?  Let me know if I can pick up something for you – I have a running list 🙂

Sign up for all the Strawberries and Cream from Sew a Fine Seam! (discounts, news, product launches, info and more!)
« Napa Broccoli Cauliflower Salad
Midwest Memories and what I’m up to! »