A year ago I bought a book of recipes.  French recipes to be exact.  I blogged about the book arriving in the mail here.  And I said I was going to be making one of the recipes ASAP.  As soon as possible turned into a year later.  And it was a French recipe I will be making again – hopefully before another year goes by 😀 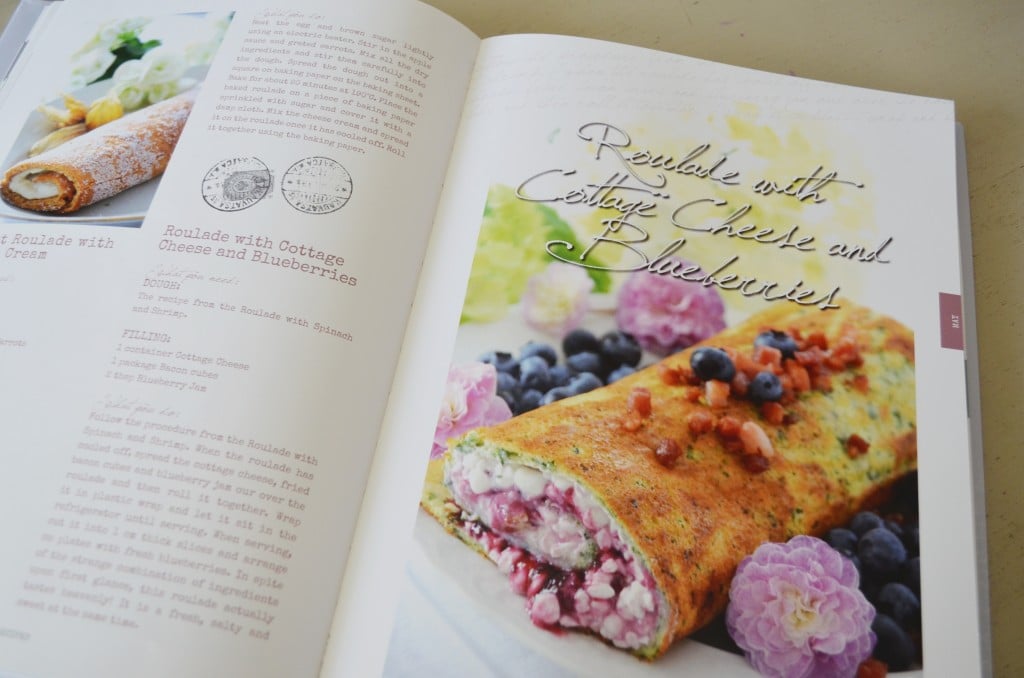 This is a photo I took a year ago of the picture in the French recipe book.  Now, mine doesn’t look exactly like that but I’m ok with that.  For one, I’m not a French chef so I’m not going to make my stuff look like someone who has been trained as a French chef and experienced in cooking French dishes.

But I did have fun making this and it was yummy!  I did a couple of things different – cause I’m just like that.  I can’t ever seem to follow directions exactly.  Everything has to have my spin put on it 😉 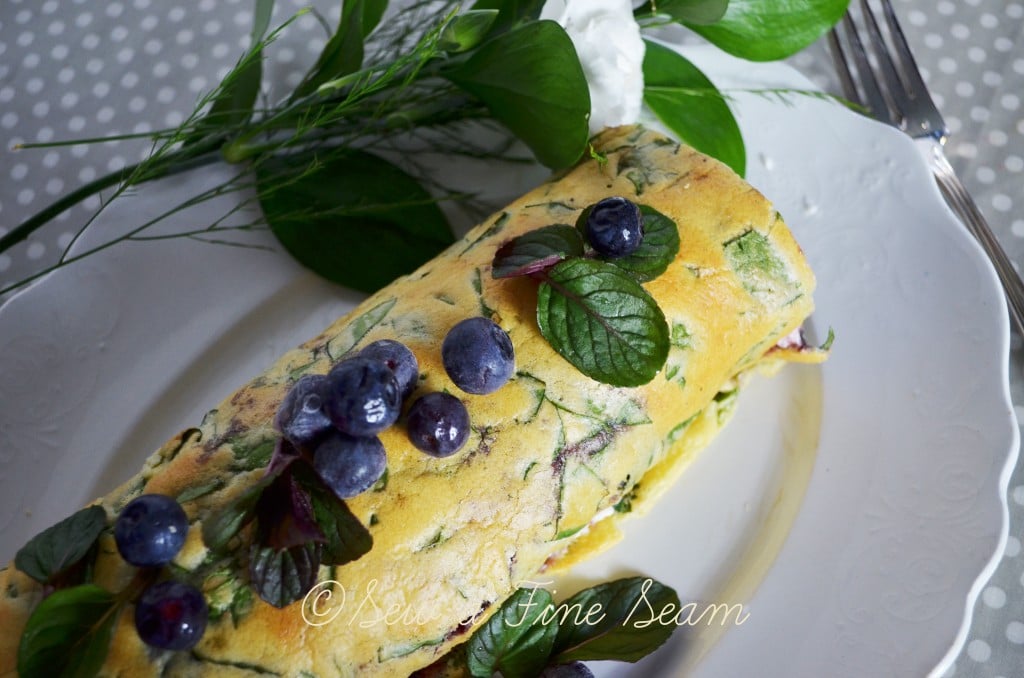 I did plan to make this several times throughout the past year.  Every time I had all the ingredients on hand someone would end up using one of the ingredients.  The biggest culprit was my teenage daughter.  She would get into the cottage cheese every single time before I got my recipe made. 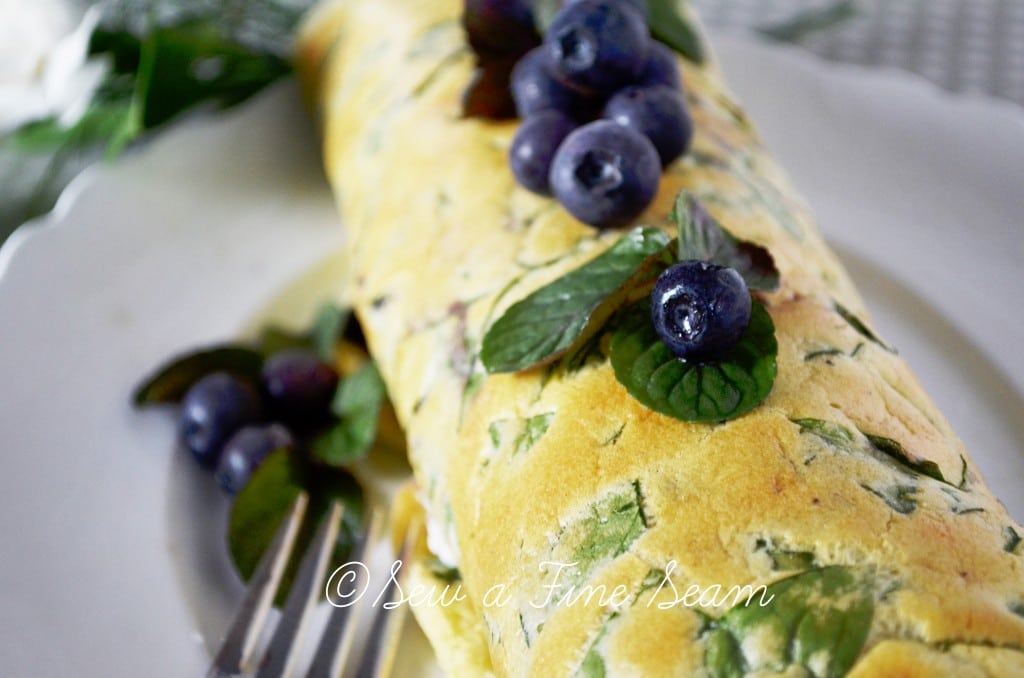 But I finally did get it made.  And then I took a bunch of photos of the finished dish.  Cause you never know when I might get my act together enough to make another French recipe, and I figured I needed proof that I actually did make one once upon a time!  I do have the book and I’d love to make each and every French recipe in it. 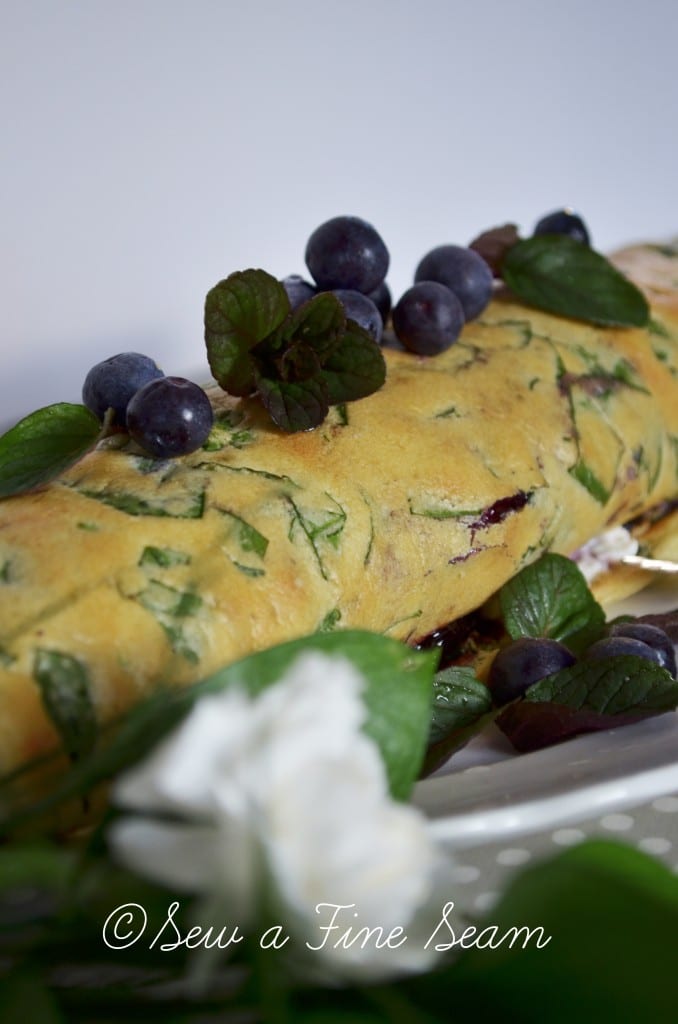 I’d recommend this book if you want to buy another cookbook.  Just know that you will need a measurement converter – it’s metric.  Metric and I don’t comprehend each other well at all.  But my hubby was around and he looked the measurements up and translated for me 🙂 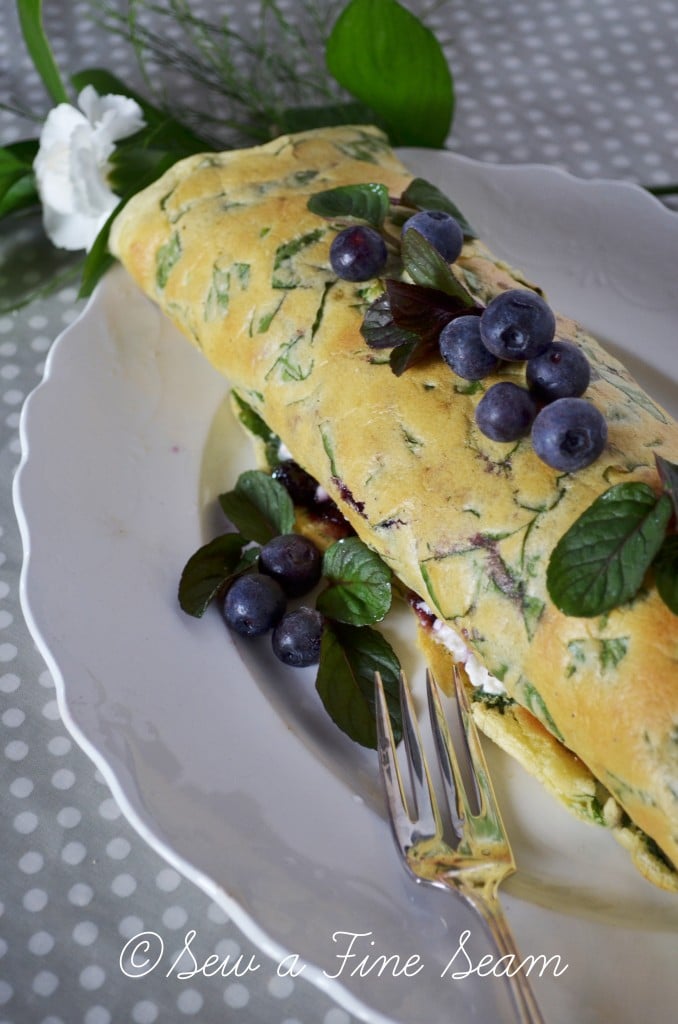 If you want to buy the cookbook try going here.  You may have to contact them for a retailer as I didn’t take the time to find one but if you want one it would be worth a bit of time hunting for it. 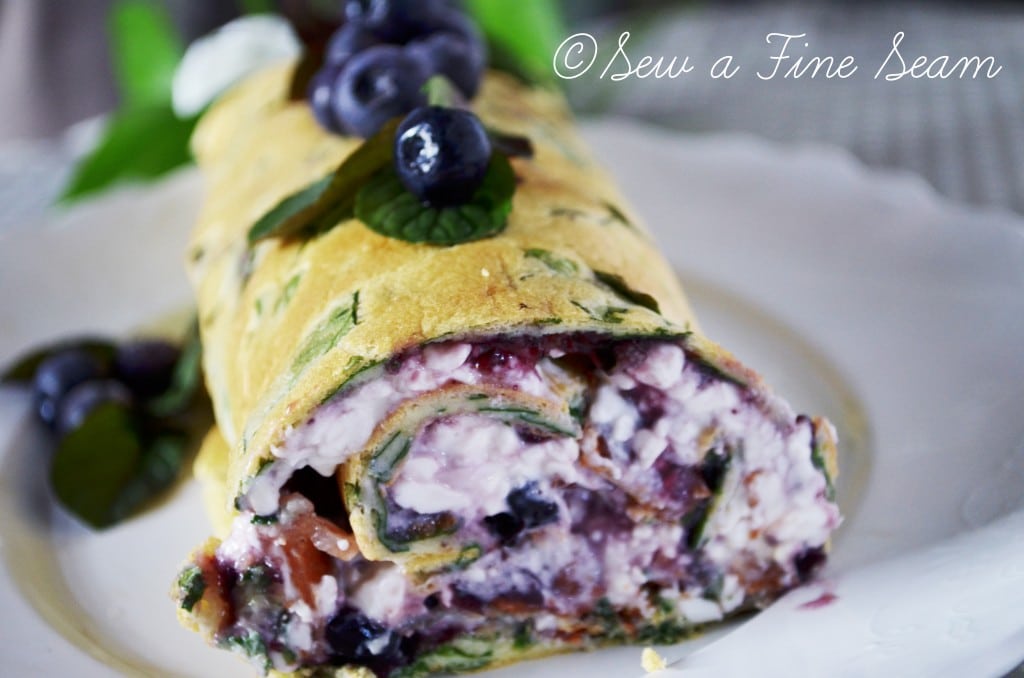 Roulade with Cottage Cheese and Blueberries 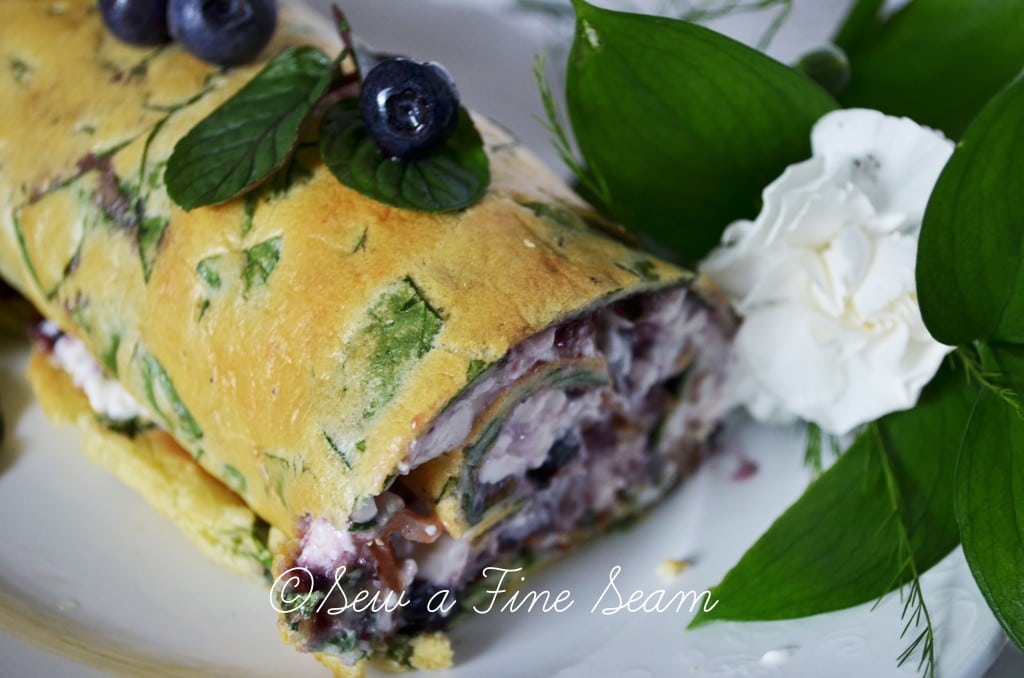 So would you make this?  Would you like this combination of flavors?  It really is very yummy even if it seems a bit strange to put cottage cheese and blueberries and bacon together.  It is mild and sweet and salty and … French 😀 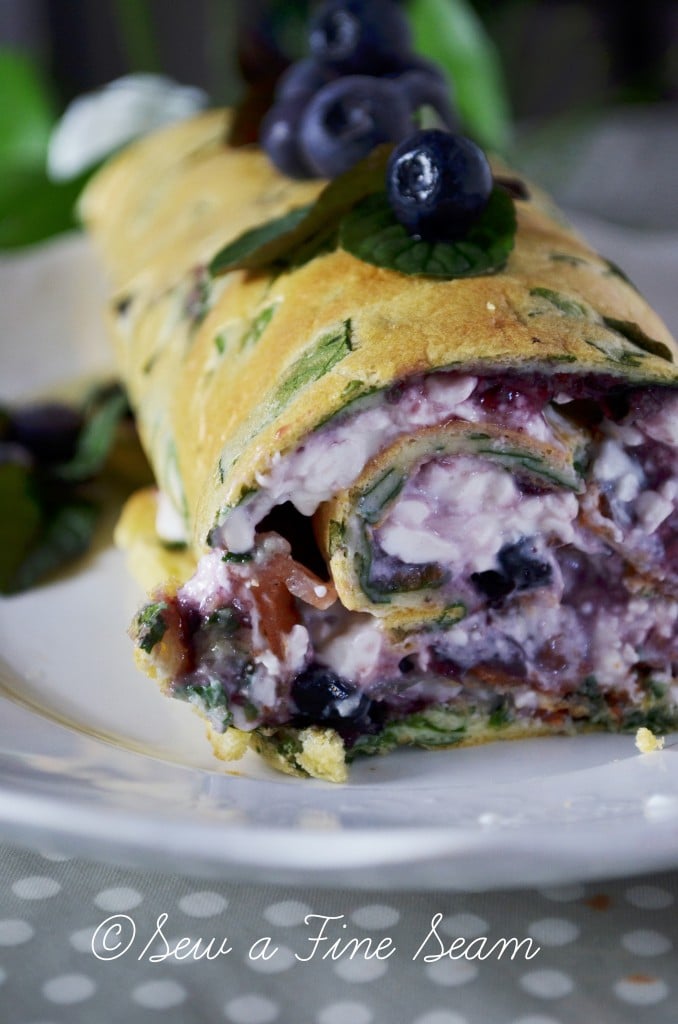 Sign up for all the Strawberries and Cream from Sew a Fine Seam! (discounts, news, product launches, info and more!)
Be the first to know about new tapestry wall hangings, boho throw pillows, seasonal home decor and more.
« Rock and Swivel
Coffee… »