Am I the only one with an issue with sorting socks?  Am I the only one who always has a pile of ‘single’ socks every week after the laundry is washed, dried, and folded?  I was going to say after the laundry is finished but I find laundry is NEVER finished here.  But back to the sock issue.  What is UP with all the single socks?  Everyone here wears them in pairs.  So where does half the pair end up?  My washer has to be eating some of them. 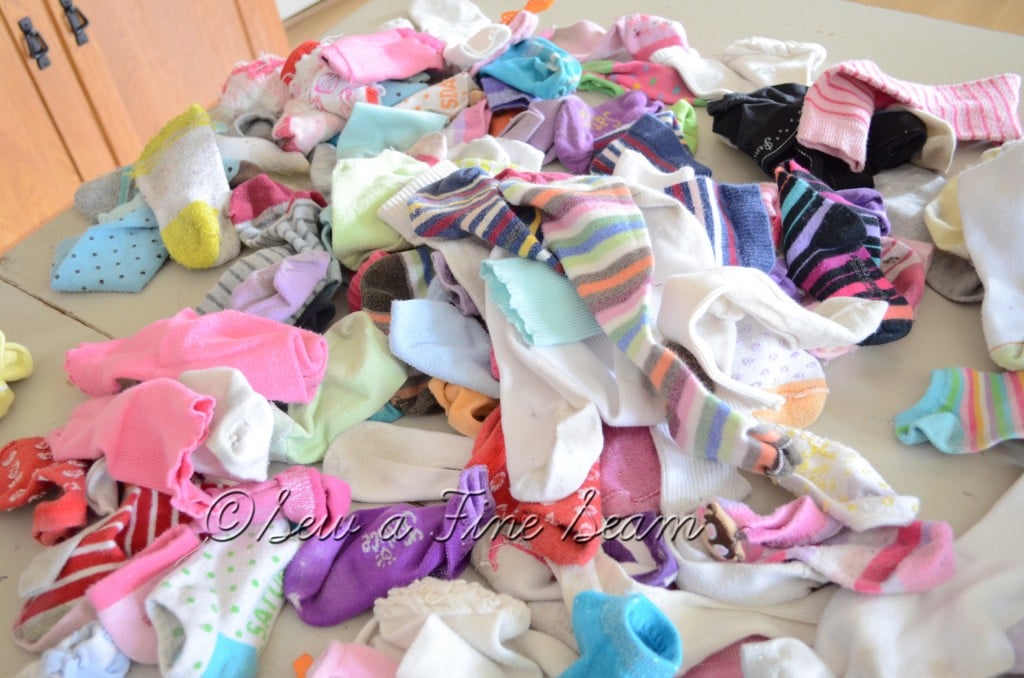 A few months ago, about the end of summer, when the socks were starting to be worn quite regularly, I pulled all my younger two girls socks out for some much-needed sorting.  They wear the same socks, which is nice on one hand, I don’t have to sort by size!  The not-so-nice aspect of it is they can each blame the other one for the ‘single’ socks or the messy sock drawer. 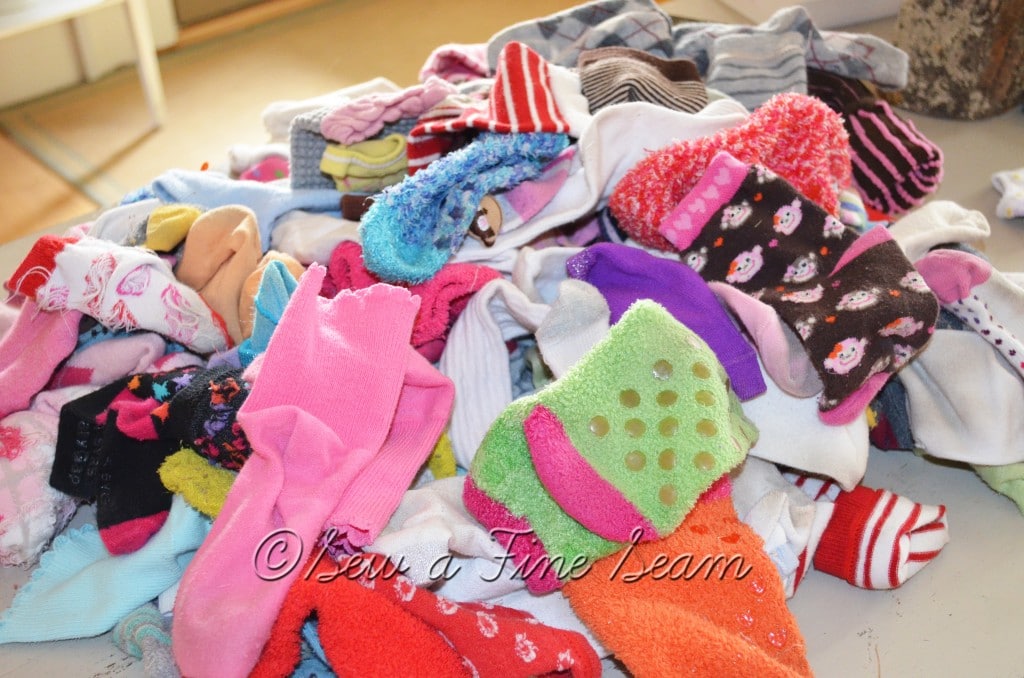 I hadn’t gone through their socks for a long time so we had quite the mismatched mess. 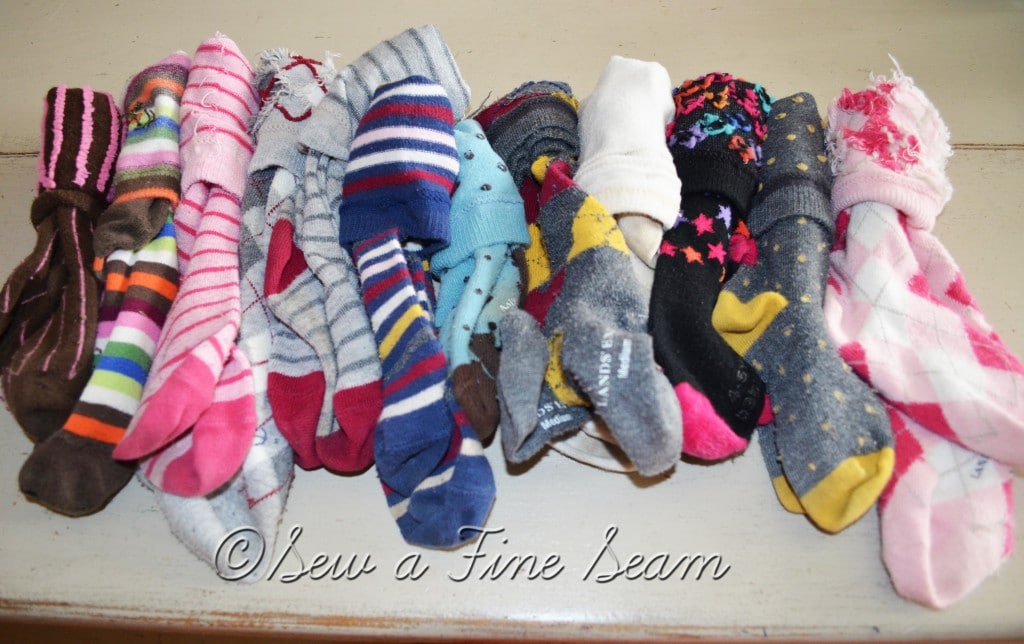 I like socks folded together in pairs with the top of one sock folded over itself and the other sock.  They stay together in pairs that way.  No ‘singles’ allowed.  My teenager never seems to get the memo that this is the way it is supposed to be done in this household. 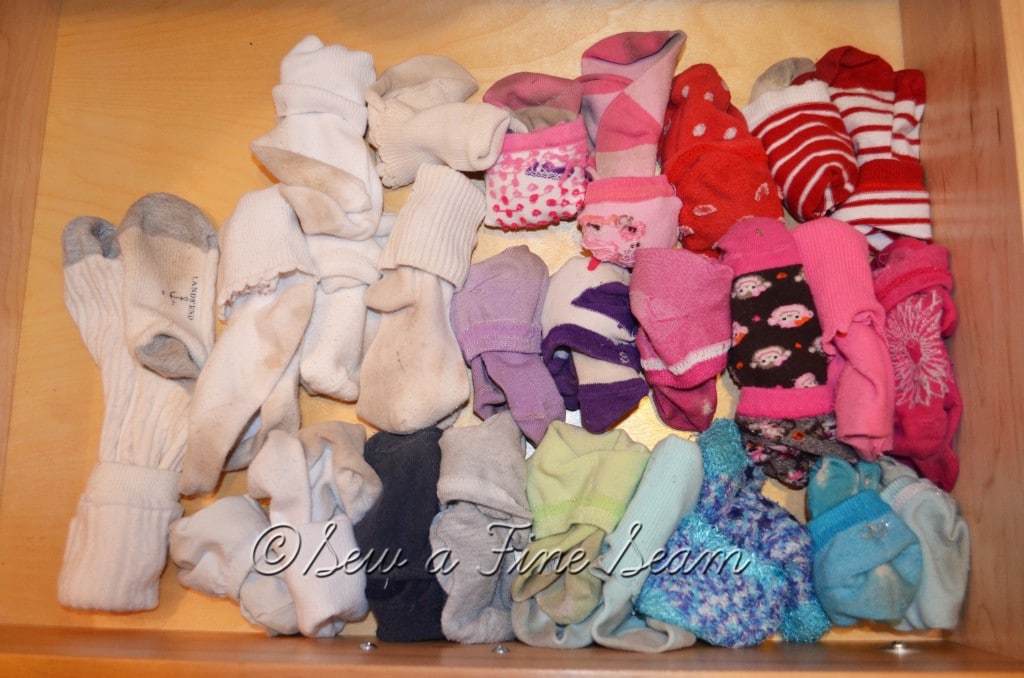 I only put back socks that were in pairs and would actually get worn by the girls.  And I added NEW SOCKS to my shopping list. 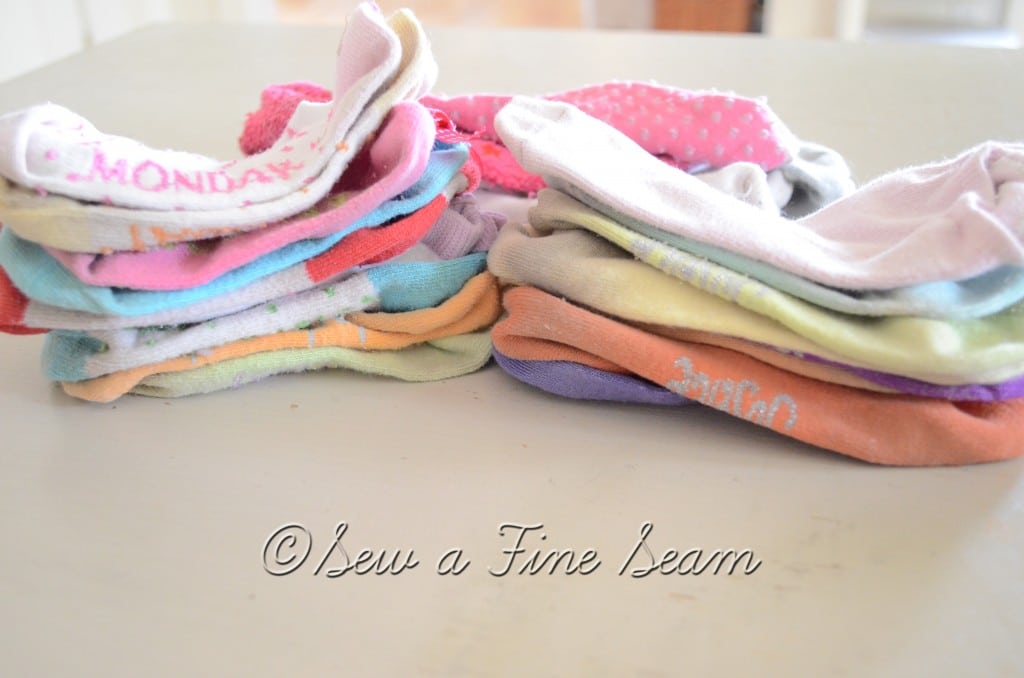 What to do with the pile of ‘singles’.  They were banned from the ‘pairs’ drawer but I wasn’t convinced that the other half of the pairs wasn’t around somewhere. 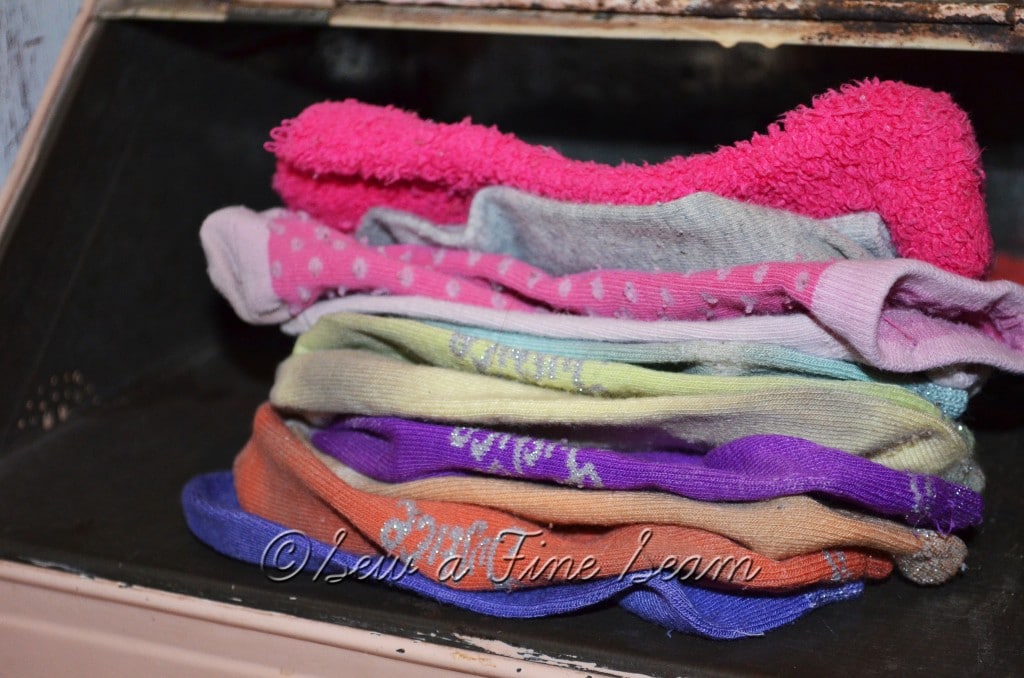 So I stacked the ‘singles’ that still fit the girls in an old metal breadbox that sits on a dresser in the bathroom.  If the other half of the pair showed up I could quickly find the first half that was already found. 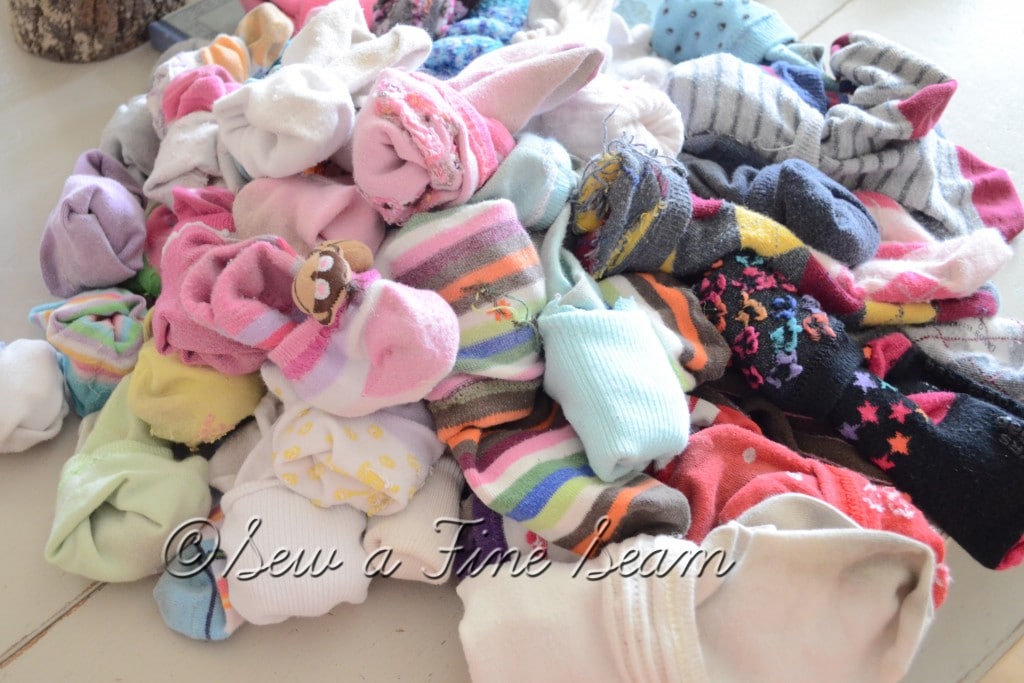 Considering that I said this took place a few months ago do you want to guess what their sock drawer looks like right now?

At least I know a good method for organizing it if I ever get brave enough to go at it again.

How do you organize socks and have you found a way to KEEP them organized??

Sign up for all the Strawberries and Cream from Sew a Fine Seam! (discounts, news, product launches, info and more!)
Be the first to know about new tapestry wall hangings, boho throw pillows, seasonal home decor and more.
« Excitement
Sutton Place Design Tote »