Posting the most viewed posts of the year seems to be the thing to be doing in the blog world right now!  I was going to skip it completely because I didn’t feel like linking to the top 10 or 12.  The I decided ‘why do I have to do 10 or 12??  I can just do ONE!’  So here is a rerun of my most viewed post from the past six months.  I didn’t get jetpack activated on my wordpress  blog till late June so I don’t have the first couple months of stats.  I couldn’t decide whether to post the entire post here or just link you to the post.  But since I’m feeling rather lazy it was easier to just copy and paste the html and call it good 😀  So here is my top post just as I wrote it then.

Remember my Slip Cover Project? My Union Jack pillows?  My Ottoman Makeover?  I also slip covered a couch for the same client/friend.  Would you like to see the couch?  And my friend, Olivia’s ‘new living room?  You WOULD?!!  Oh good, I was hoping so cause I really want to show it off 🙂 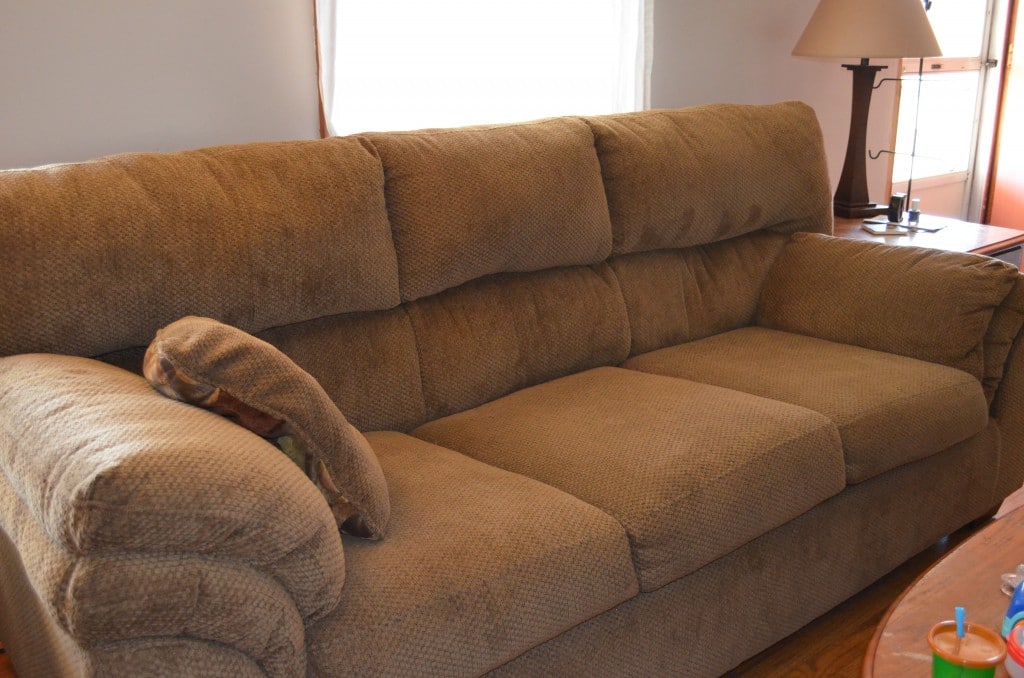 Here is the couch before.  And there is one of the pillows that also got a makeover.  And this photo is totally unedited.  I got tired of editing after the pretty ‘after’ shots and just left this one alone.  You will want to hurry past it anyway to get to the good stuff! 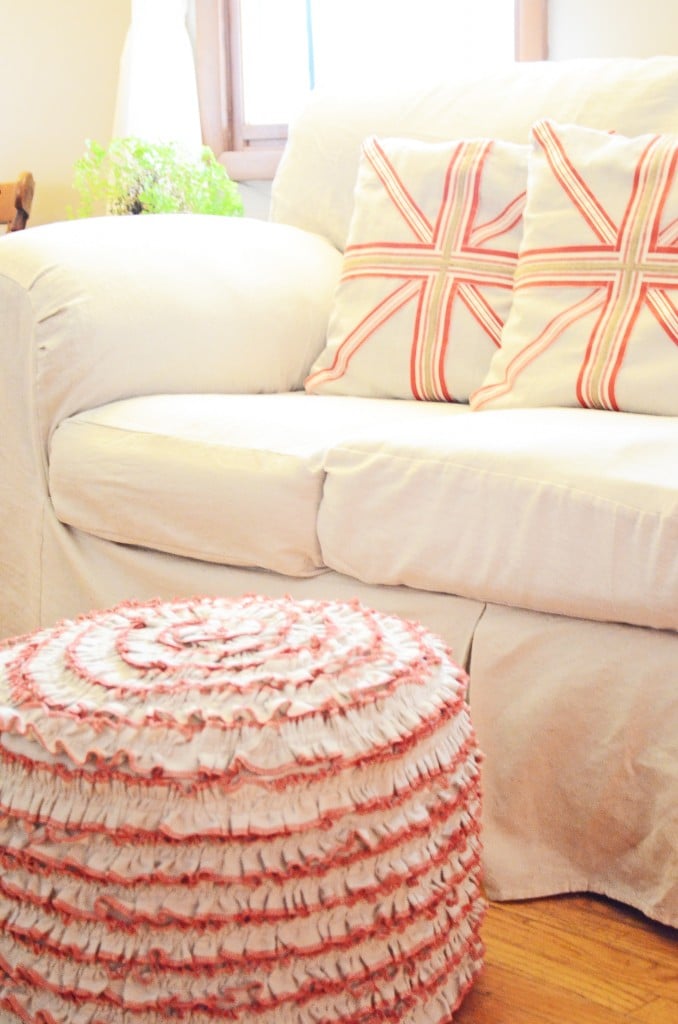 This is the after!  With the pillows and ottoman all finished too.  Isn’t that so much more fun to look at?  Now lets look at the bigger picture… 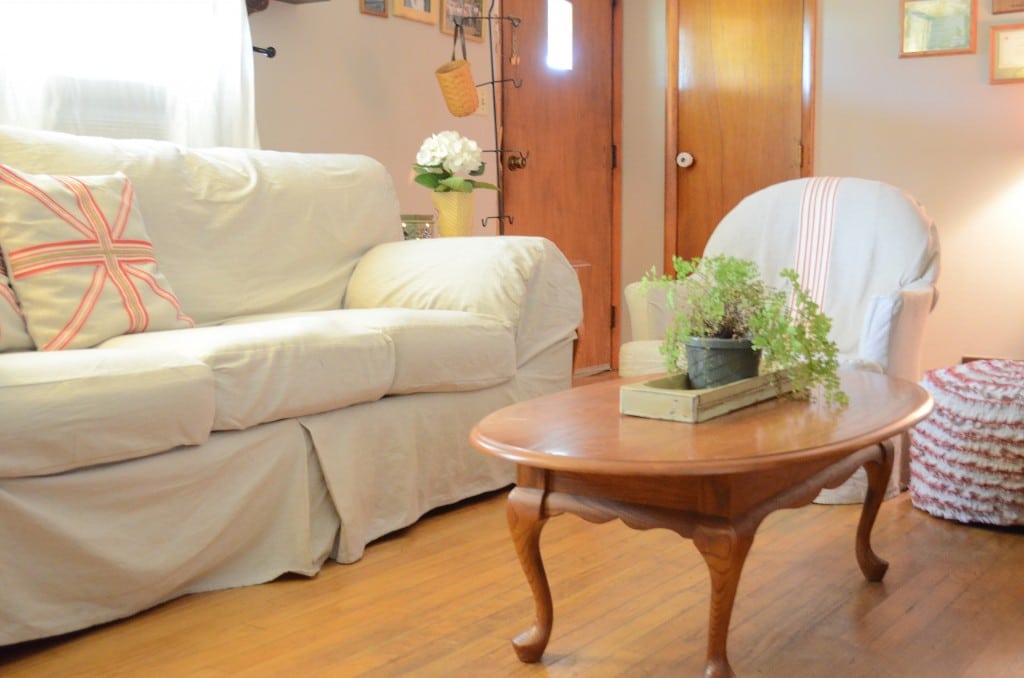 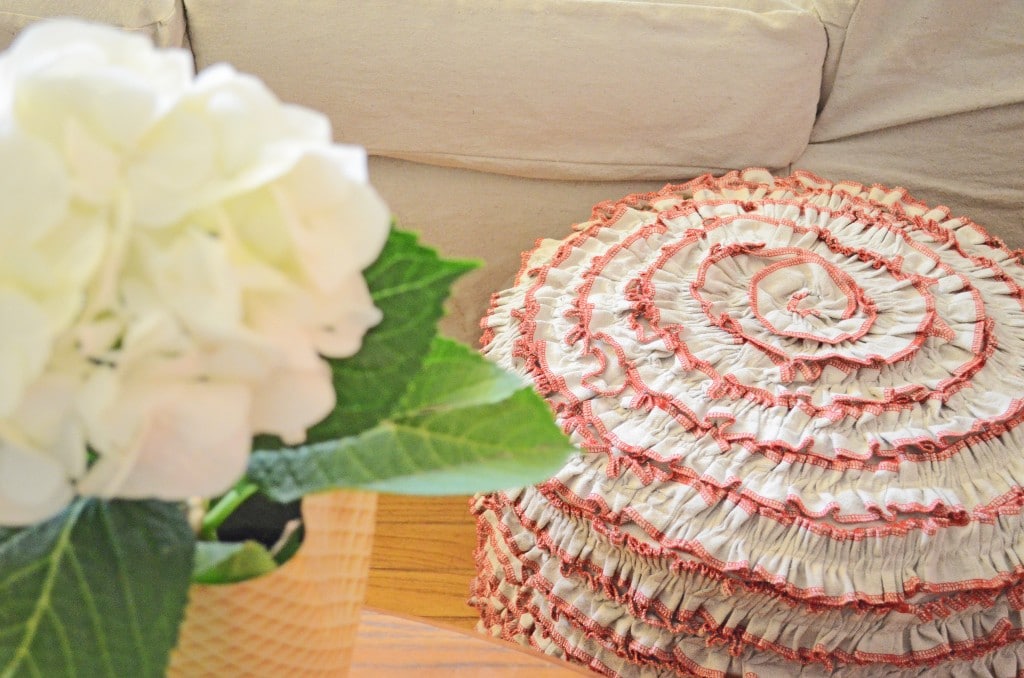 I was so tempted to keep that ottoman!  I must make another sometime.  Anyone need an ottoman makeover? 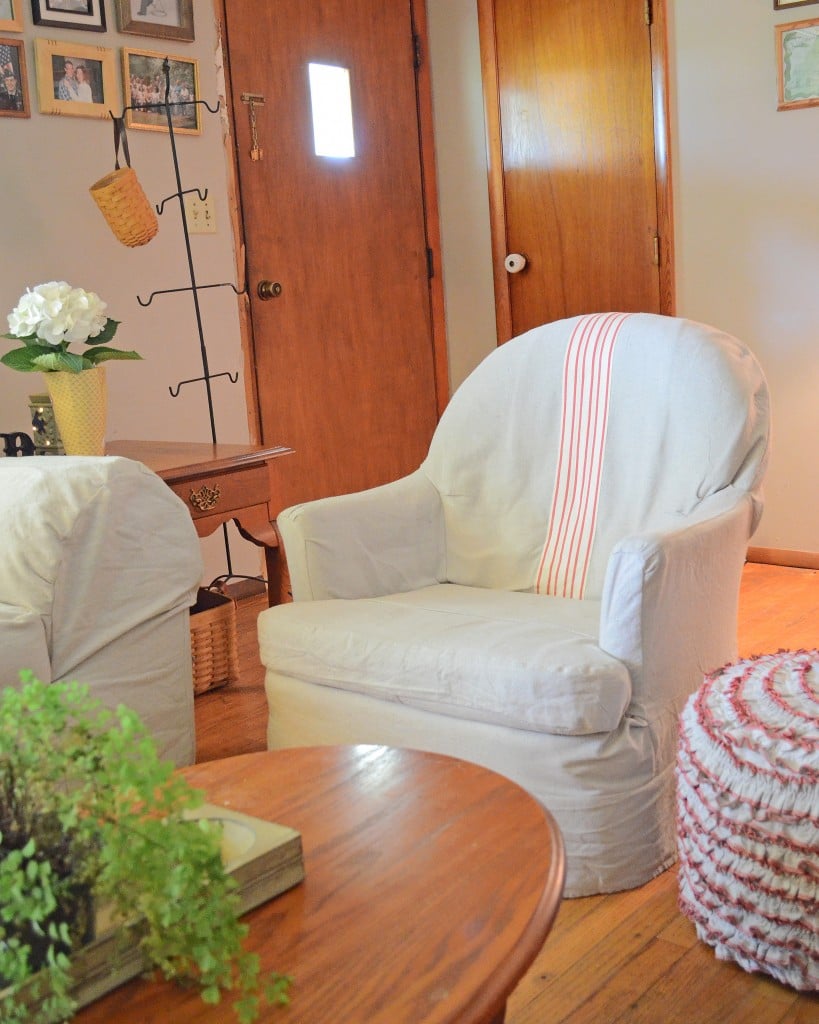 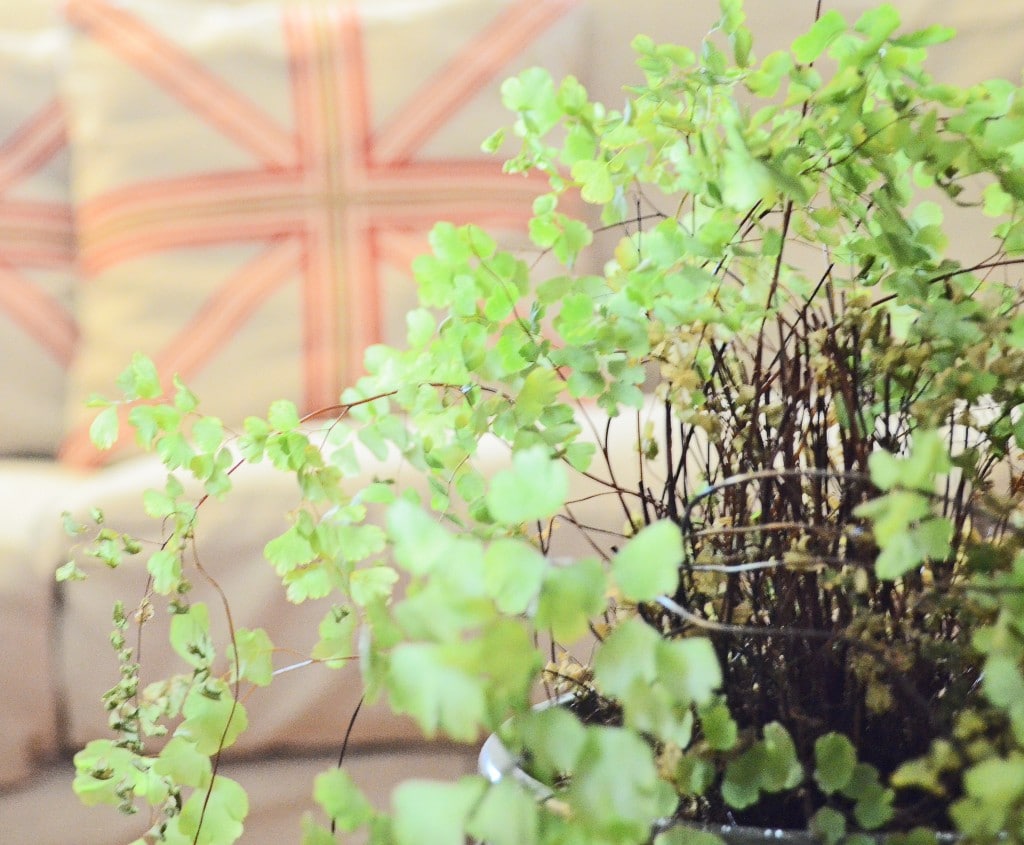 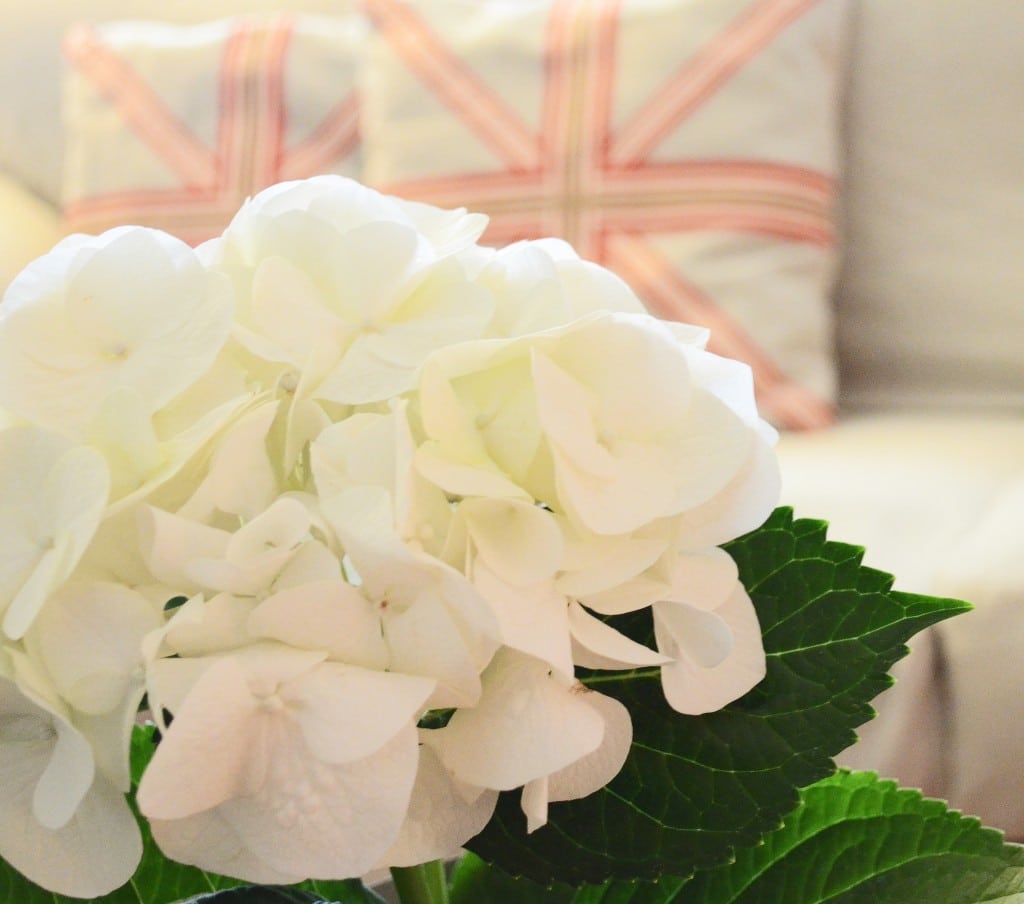 So what do you think?  Was it as fun to see as it was for me to show it to you?  The chair, she brought it to me.  The couch, I went to it!  I spent about 6 hours at her house one Wednesday making the main slipcover.  Then I brougth the pillows, ottoman and couch cushions covers home with me and made them here.  The couch cushion covers I mailed to her as soon as I had them finished so she didn’t have to live with a two-tone couch any longer than necessary.  The pillows and ottoman I delivered later.  I also spent some time doing a little redo on one end of the couch.  The ends of the couch had worn differently and since it has poufy arms I needed to add a little more fabric at one end, under the cushions, for ease.  Not a big deal, easy to fix, and out of sight when cushions are in place 🙂

So if you have a couch or chair or ottoman or love seat or any piece of furniture that you don’t love the look of but can’t afford to replace, consider a custom made slip cover.  If you want to make your own got to Miss Mustard Seed’s blog and watch her video tutorials on slip covering.  You CAN make a slip cover if you are on speaking terms with your sewing machine!

Sign up for all the Strawberries and Cream from Sew a Fine Seam! (discounts, news, product launches, info and more!)
« Cotton!!!
Homeward Bound »