I really did intend to show you my shoe box makeover yesterday.  But yesterday was filled with piano lessons, school, some cleaning, a little sewing, and small group in the evening.  And I just didn’t have the energy left after small group to edit photos and write a blog post.  Today I left the house before 8:30 and went thrifting all day with 3 friends and a darling baby.  Baby was good as gold, we all found tons of great thrift finds, and we packed the vehicle so full we couldn’t have gotten another thing in!  In fact, there were things we left there because there wasn’t room for them.  I, of course, was the one to buy all big stuff.  I think I have a reputation now for always being the one to want the big stuff.  I might not ever get invited to go shopping again!

On to the shoe box makeover.  Now, the term ‘shoe box’ probably makes you thing of a box shoes come in when you buy them.  This shoe box is a whole lot bigger and holds a whole lot more than one pair of shoes.  I found this box at an antique shop for $6 about 10 years ago.  It was blue when I bought it – you can see some of the blue peeking through the orange.  I used it that way for awhile then decided to give it a fun pop of color.  And it’s been orange ever since.  It sits right inside the front door, I at least have somewhere to put all the shoes everyone leaves strewn around. 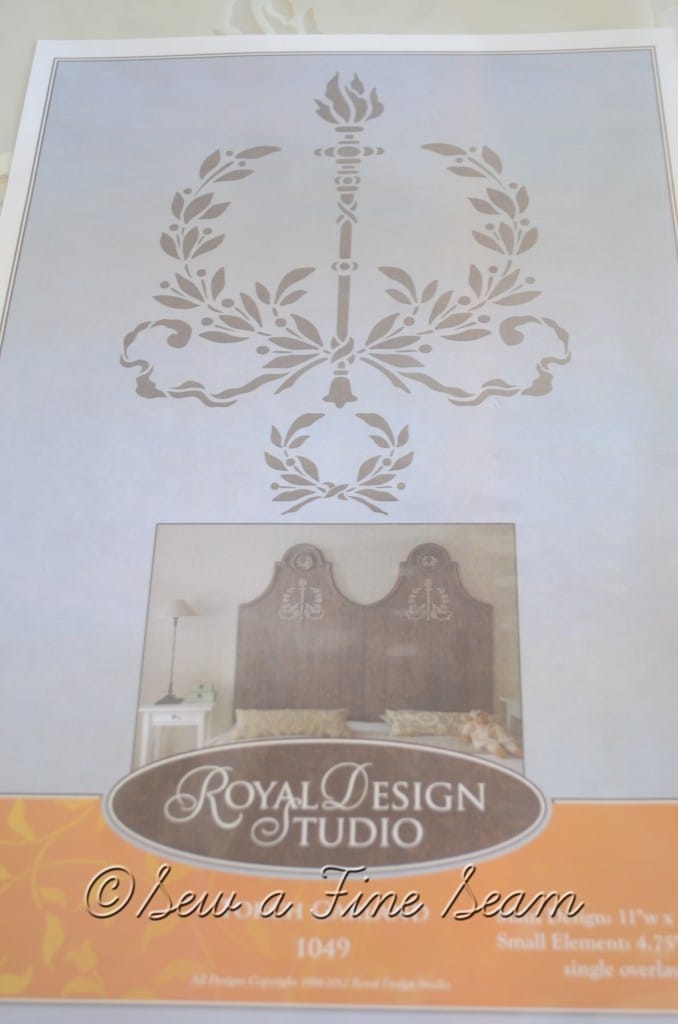 Lately the orange shoe box has been gently hinting that it would like to be a nice shade of white like most of the other furniture in my house.  So while I was painting a bunch of stuff last weekend the shoe box got a makeover too.  I decided it was the perfect thing to try out my new large stencil on.  I used the small one on my ‘Flow Blue’ box. 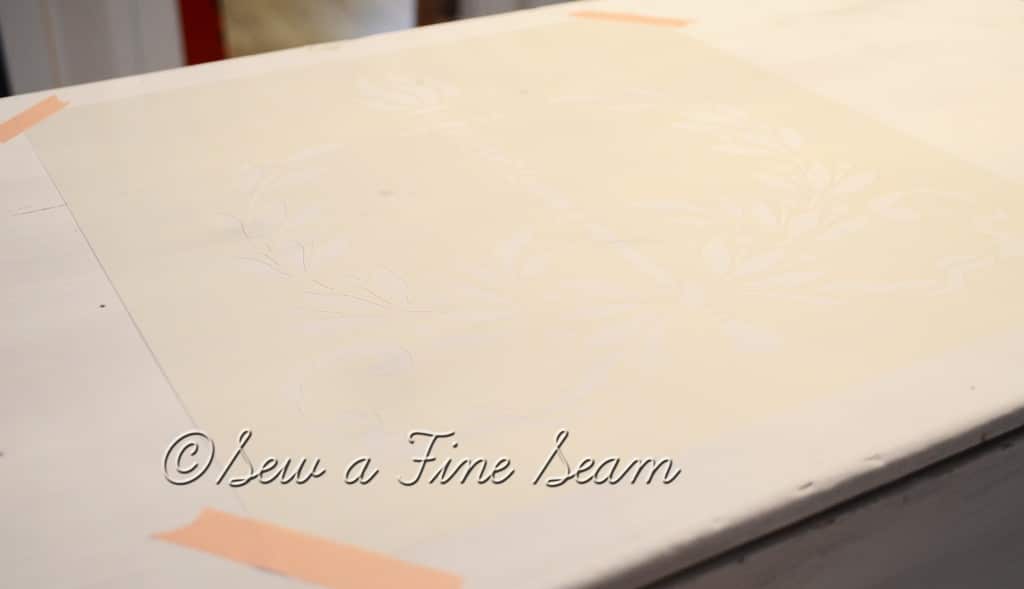 After giving the box a coat of ASCP in pure white and a light coat of paris grey I taped the stencil in place.  And I taped it in place with some old washi tape that I haven’t seemed to ever use in a craft project. 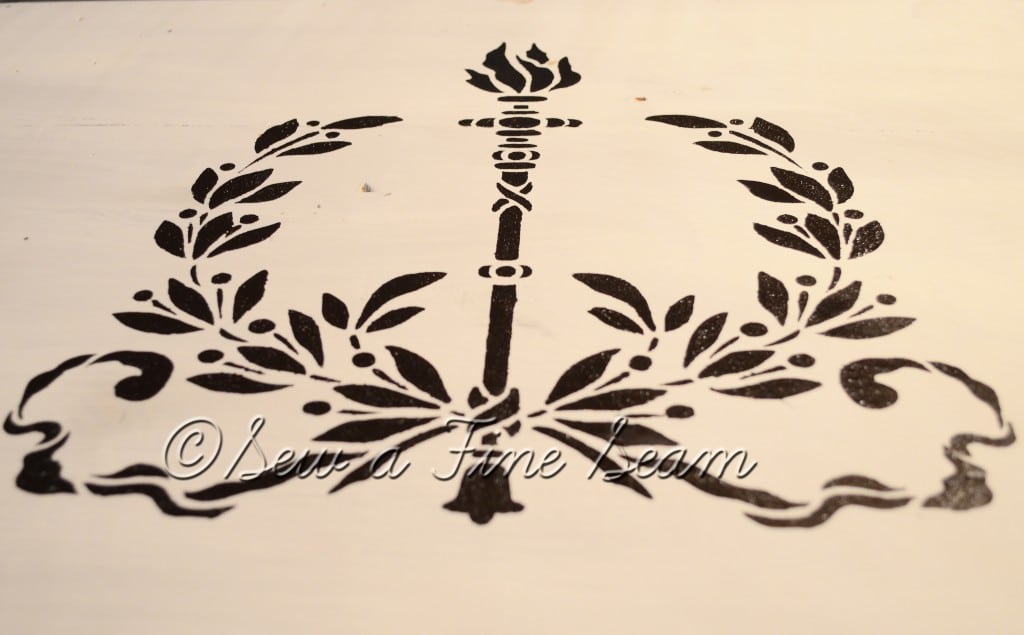 And I painted the stencil on with black craft/fabric paint because that’s what I had on hand.  And let it dry. 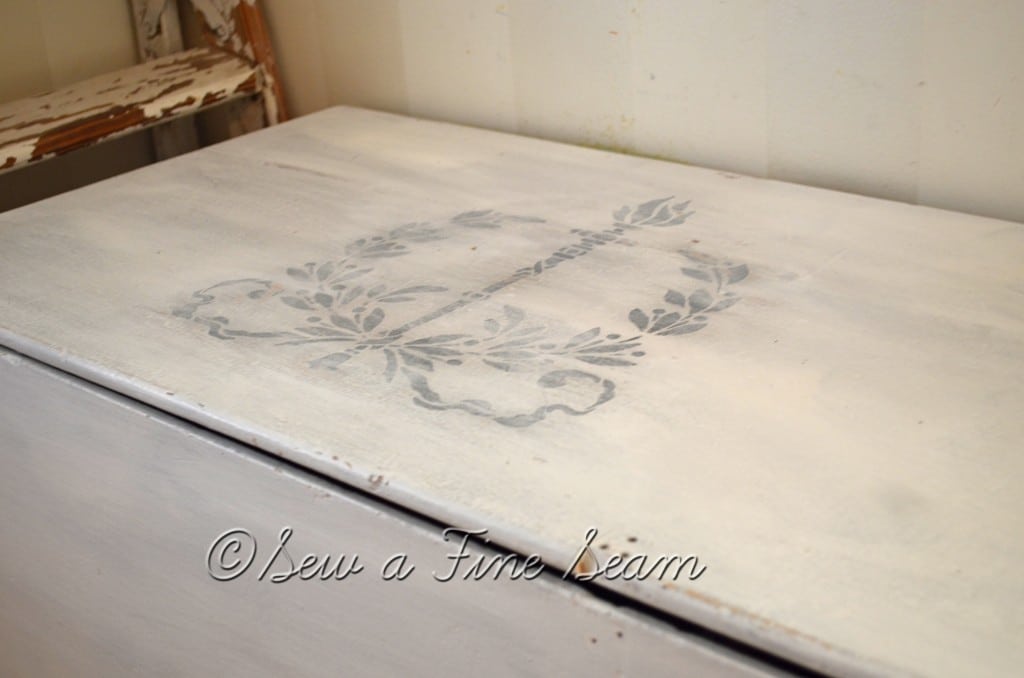 After it was dry I distressed it so it wasn’t so in-your-face black.

I felt like there was more grey than I wanted so I mixed some pure white ASCP with some AS clear wax and brushed it on. 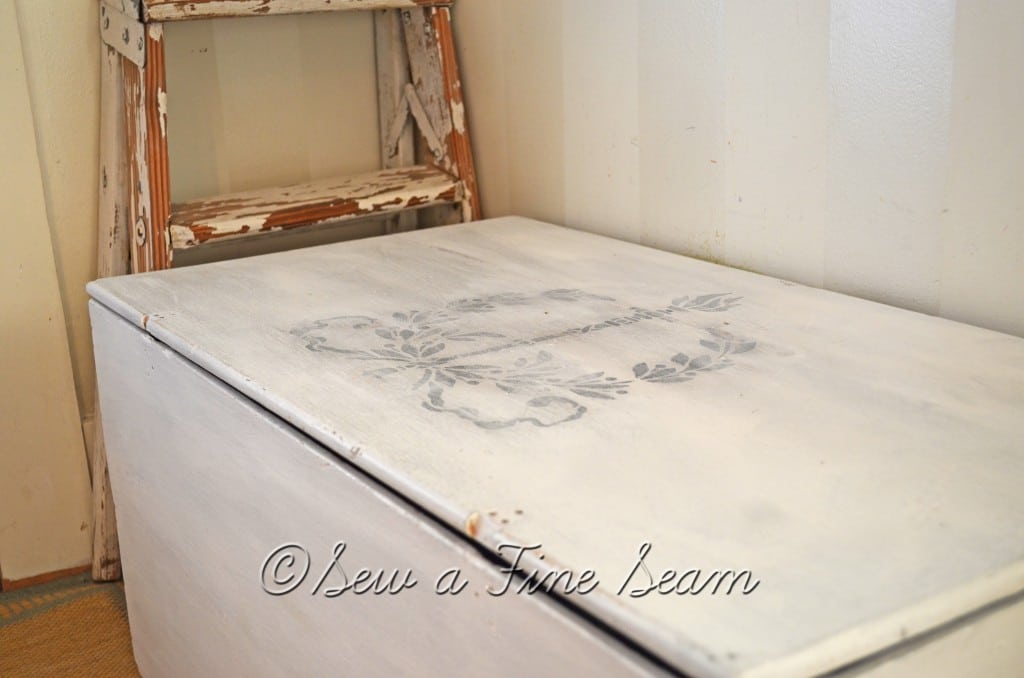 The walls are creamier than the box.  And I think I’m finally ready to get rid of my striped walls.  You know, because repainting a room is SO much fun.

After it set there for a while, I decided the box needed ‘warmed up’ a little.  So I rubbed on some of Miss Mustard Seed’s antiquing wax. I just love that stuff!  It is subtle and soaks into the paint so nicely. 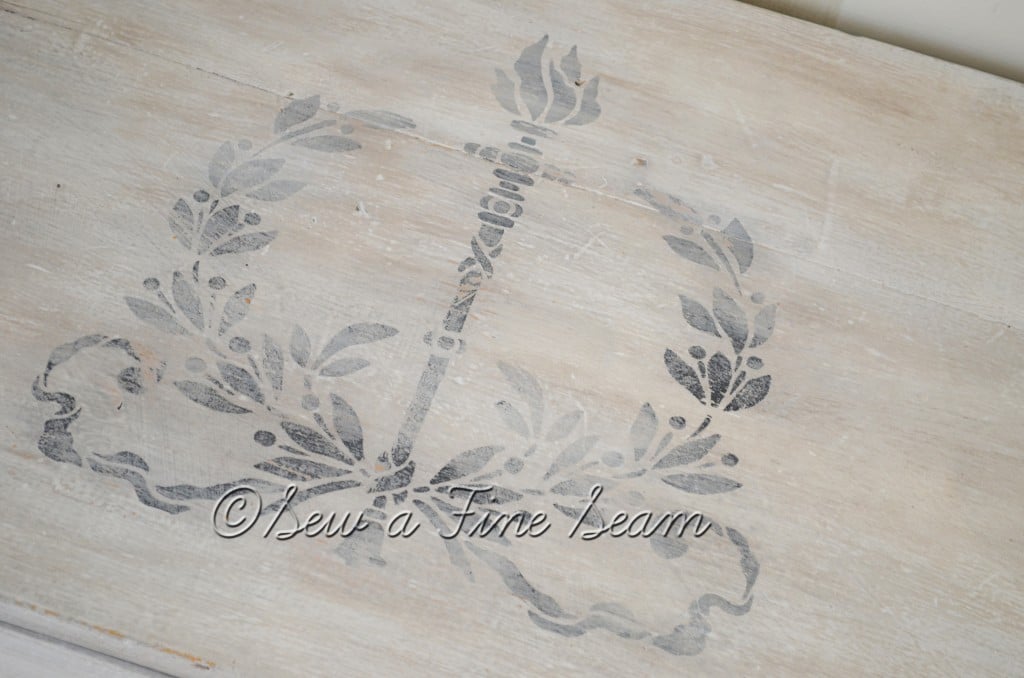 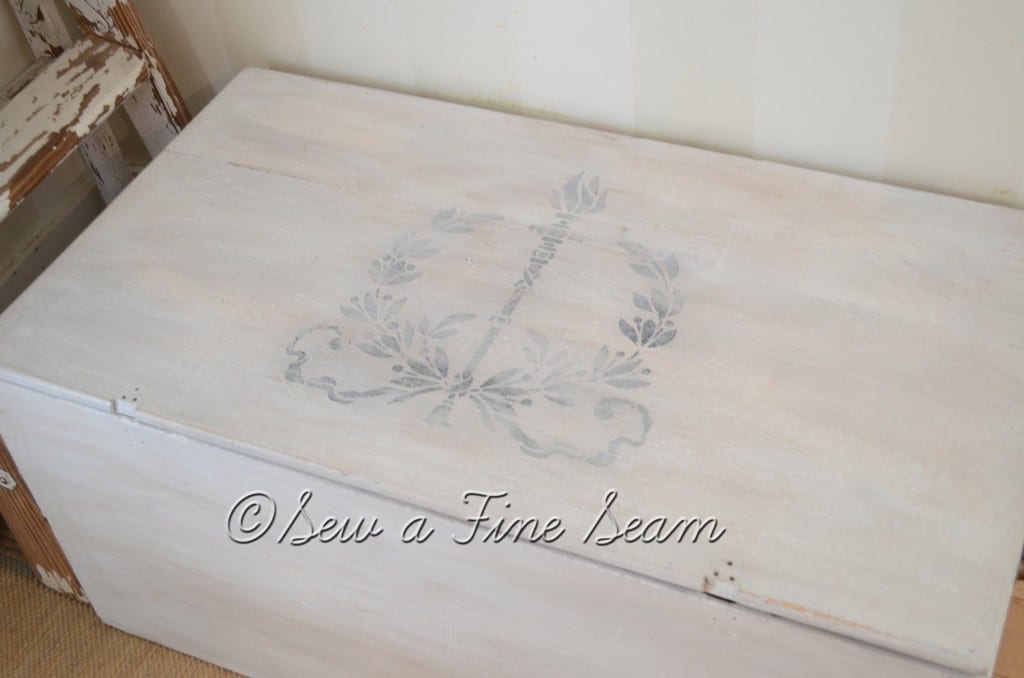 But for now I’m leaving it alone.  It’s not bright orange anymore so I will live with it.  And if I come up with a new idea – it can always be repainted 🙂

I have been highly tempted to redo this in ‘Flow Blue’ since I’m so in love with the color!  But for now I won’t.  What would you do?