My Best-Birthday-Mom-of-the-Year award has become a bit tarnished the past couple of years.  The dust has settled in around it and the chances of another one ever joining it are looking rather slim.  I used to plan such fun birthday parties for my girls.  A theme was always picked and everything was detailed to the hilt, from the napkins to the cake.  Emma’s (The Teenager) 2nd birthday was a ladybug party.  I made a ladybug cake.  As in, shaped like a ladybug, and it was HUGE!  I bought an Anne Geddes ladybug babydoll for decor.  I bought a small helium filler to do balloons and tied a bunch to the lower stair railing.  I invited Grandparents, Great-Grandparents, Aunts, Uncles, and Cousins.  The dining room was bursting at the seams.  Her 4th birthday was a fish theme – I even made her a dress to go with the theme on this one.  And bought her 3 live goldfish for her gift – and for decor on the table.  2 cakes – one a fish cake, the other a treasure chest full of candies that looked like treasures.

Somewhere along about child number 3 I started losing steam when it came to Birthday parties.  Larke (Middle Sister) got a few planned, fun parties.  And Becca’s(Little Sister) first couple were ok.  Buy lately?  Not so much.  I tend to let it go till the last-minute and throw something together quickly just to get it over and done with and keep them from bugging me about it.

Larke turned 9 in August.  We had a party for her just this past weekend.  2 days away from being exactly 2 months late.  (Hanging head in shame)  We went out to a pizza place with friends, took dessert along, had some gifts and called it good.  Yep, that award is even starting to rust.

Just in case I’m not the only one who doesn’t go all out for birthdays anymore here is a great way to throw together a cake in a bit of no time: 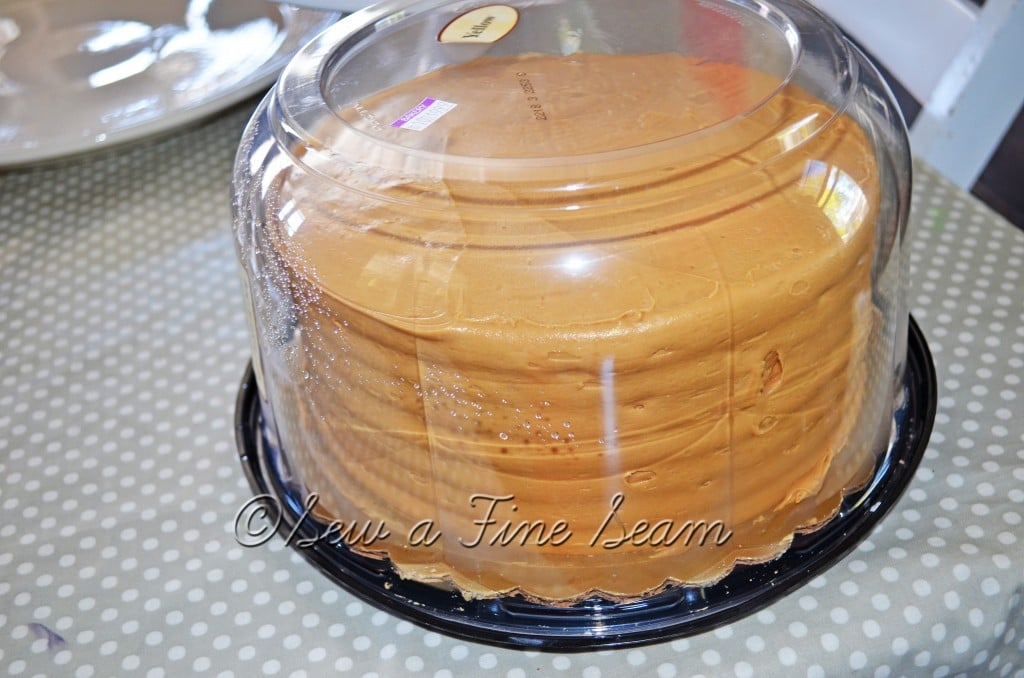 Buy a cake at your local grocery – mine came from Kroger.  It was the only thing that didn’t have a bunch of generic icing roses.  Larke doesn’t like girly cakes with roses so I bypassed all those, began to think I would have to forgo a cake completely, then on the end of the display there was this yellow cake with caramel icing.  I grabbed it up pronto. 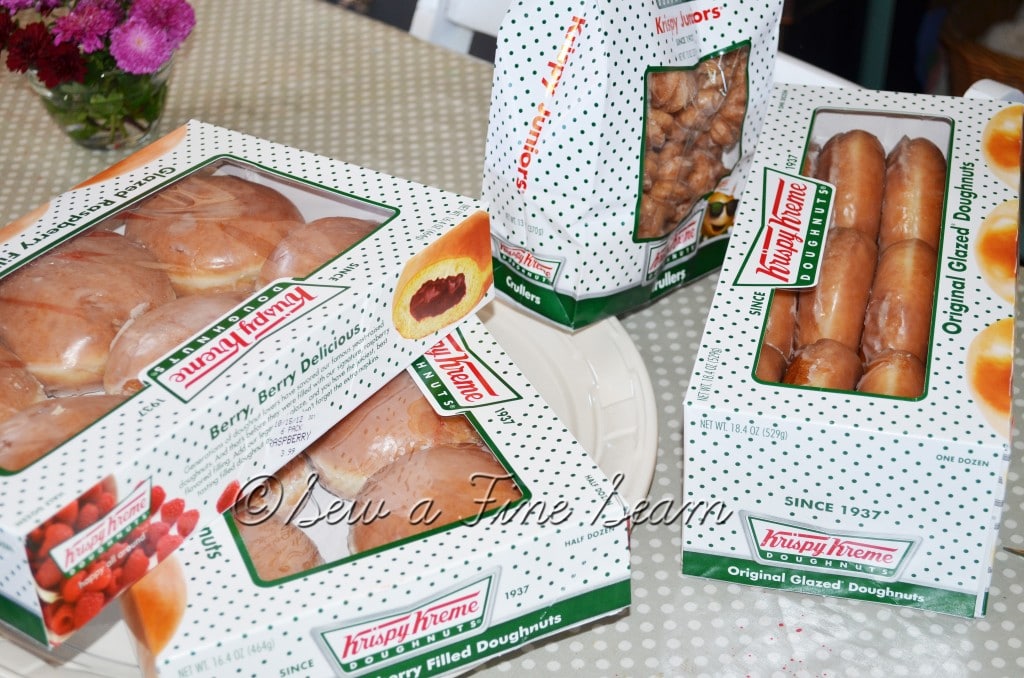 Get out a couple pretty cake plates. 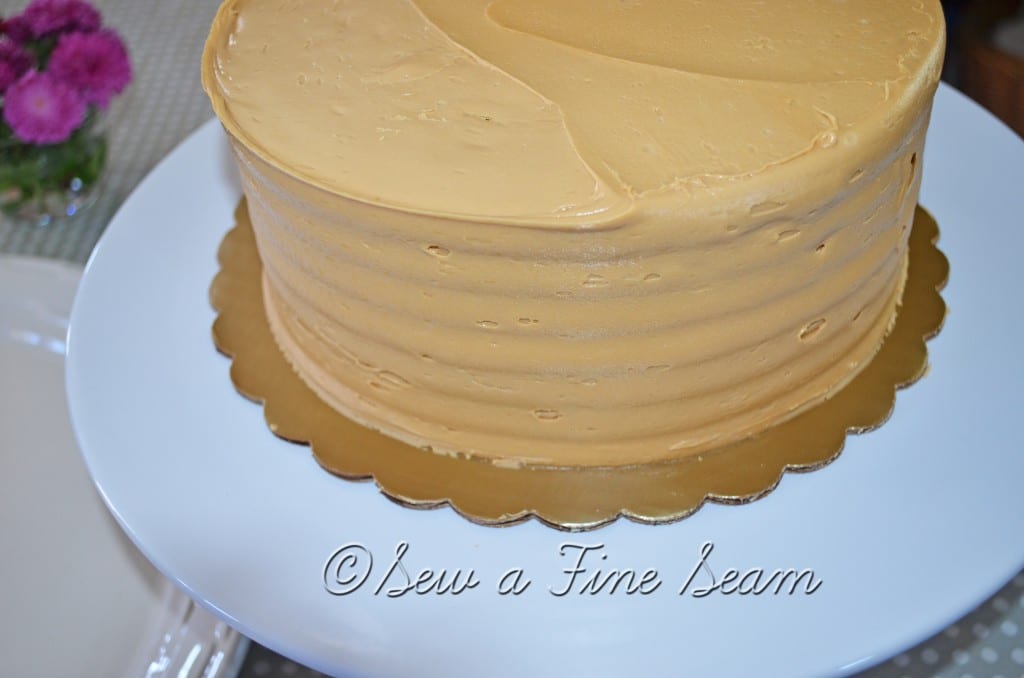 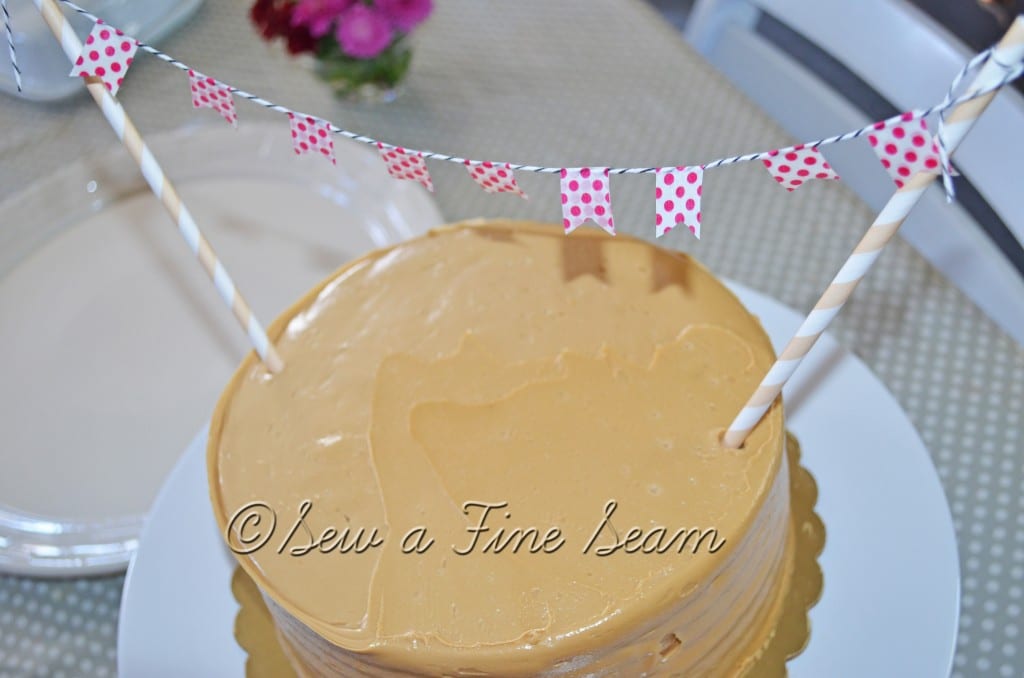 Now use whatever stuff you have on hand to add some bling to make it look more homemade and fun.  The striped paper straws, black and white twine and washi tape were all in my craft stash.  You could do the same idea with skewers and paper and string. 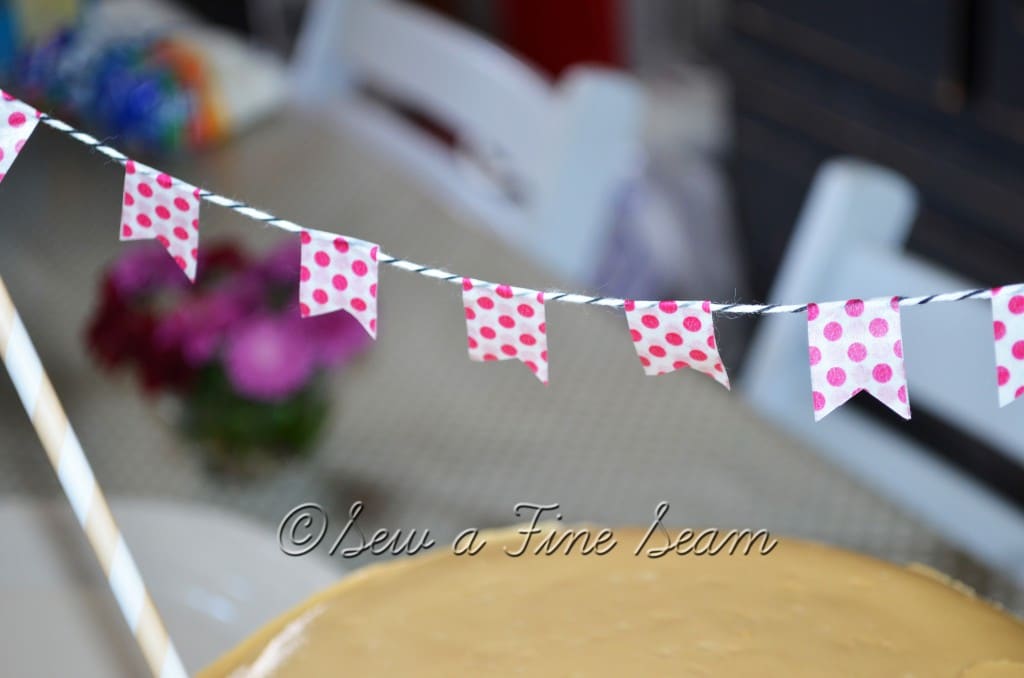 Taking several photos of the super fast and easy banner you just made is optional but it does make you feel like you are putting some effort into making the party fun. 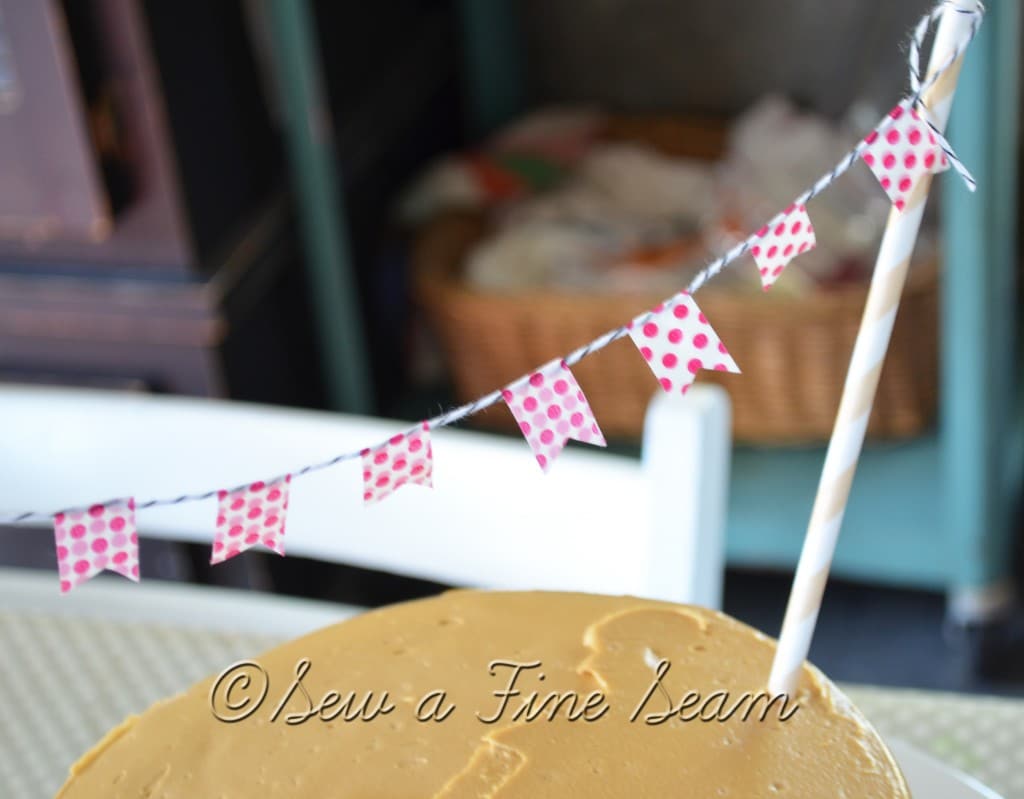 It also means you have to edit more photos.  If you want to skip all the extra pics go ahead – it really doesn’t take any of the tarnish away from the ‘Mom awards’ you have sitting around.

Pick some mint leaves out of your herb garden and add the blackberries and the mint leaves to the top of the cake.  If you don’t have an herb garden, pick up some mint at your local grocery while you are there to get the cake and berries. 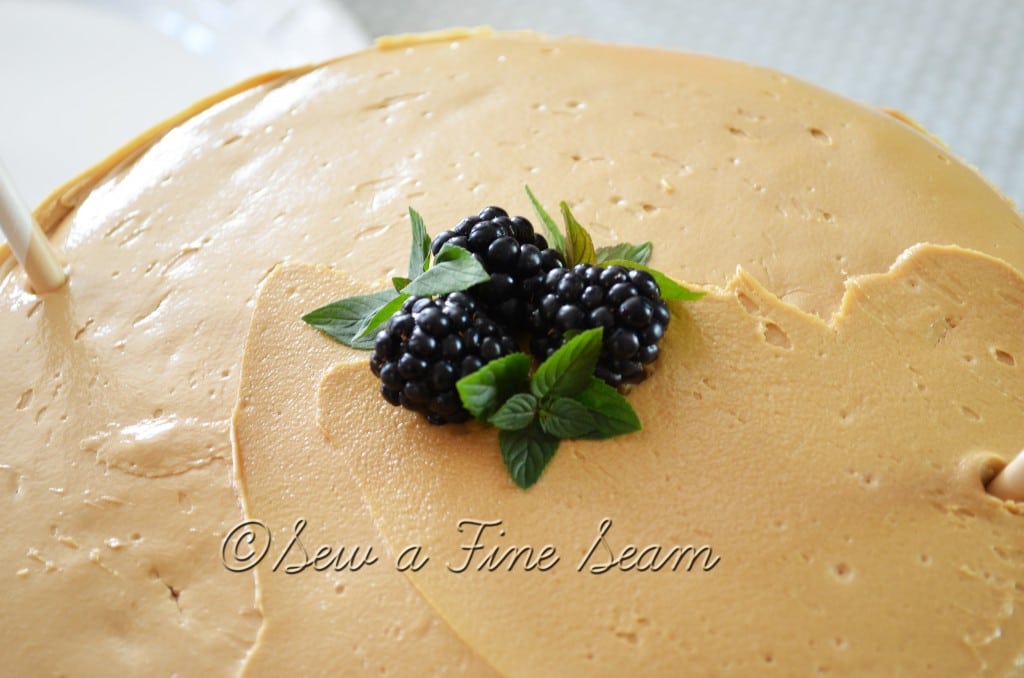 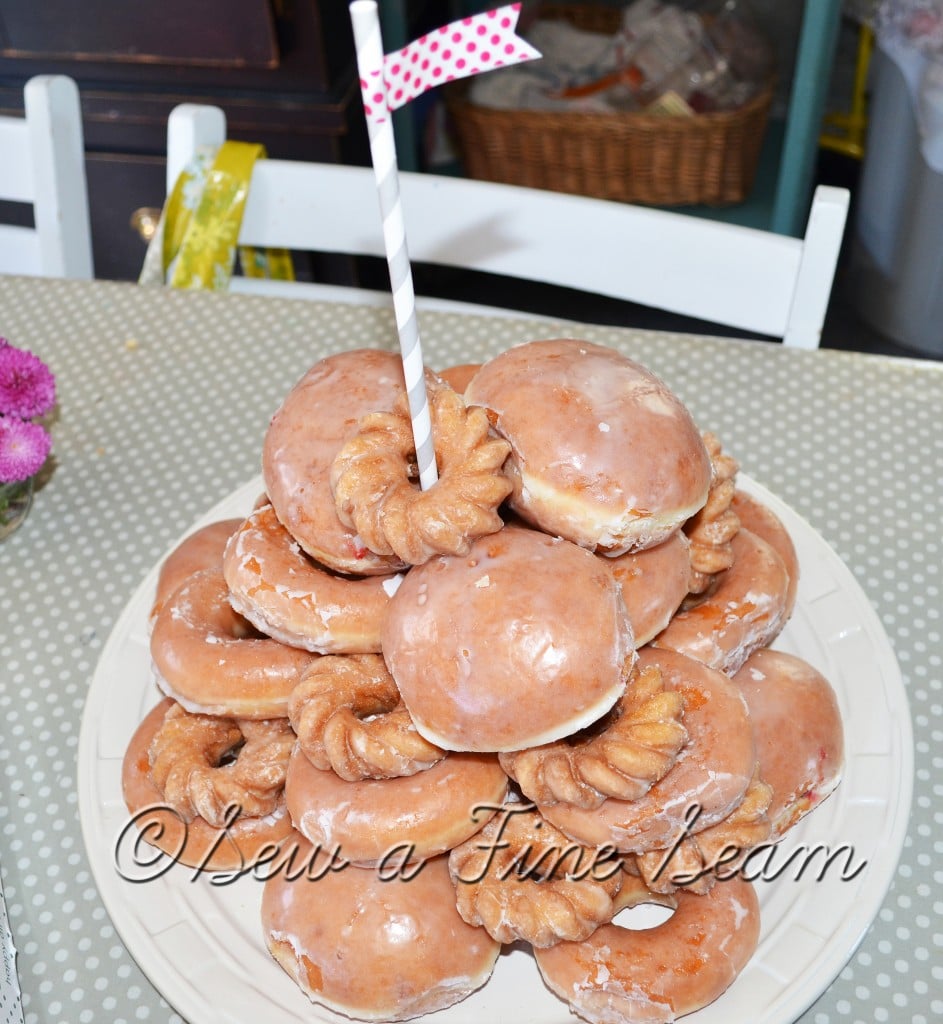 With all those doughnuts make a ‘cake’ by stacking them up in a sort-of cakish shape.  Stick a flag in the top made of the same stuff you made your banner out of.  Or skip the flag – it’s the doughnuts that really matter – for those who may not like the not-homemade cake. 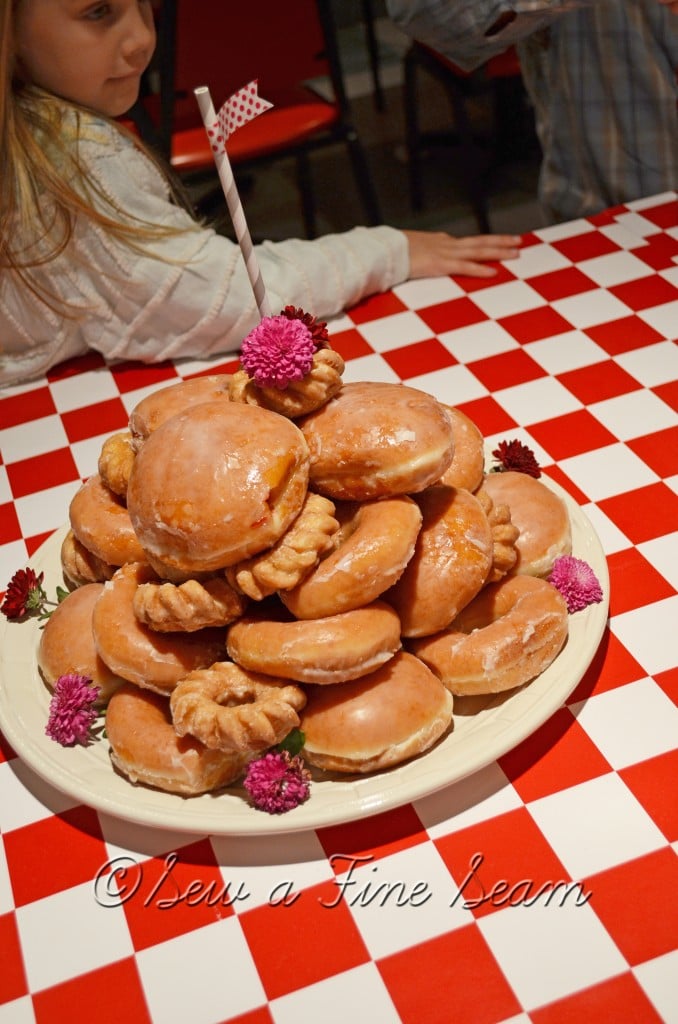 At the last-minute, before you walk out the door to go to the restaurant, add some flowers to the cake if you have some available.  Becca had brought these home to me after she stayed at Grandma’s a few days before and they still looked nice, so we used them. 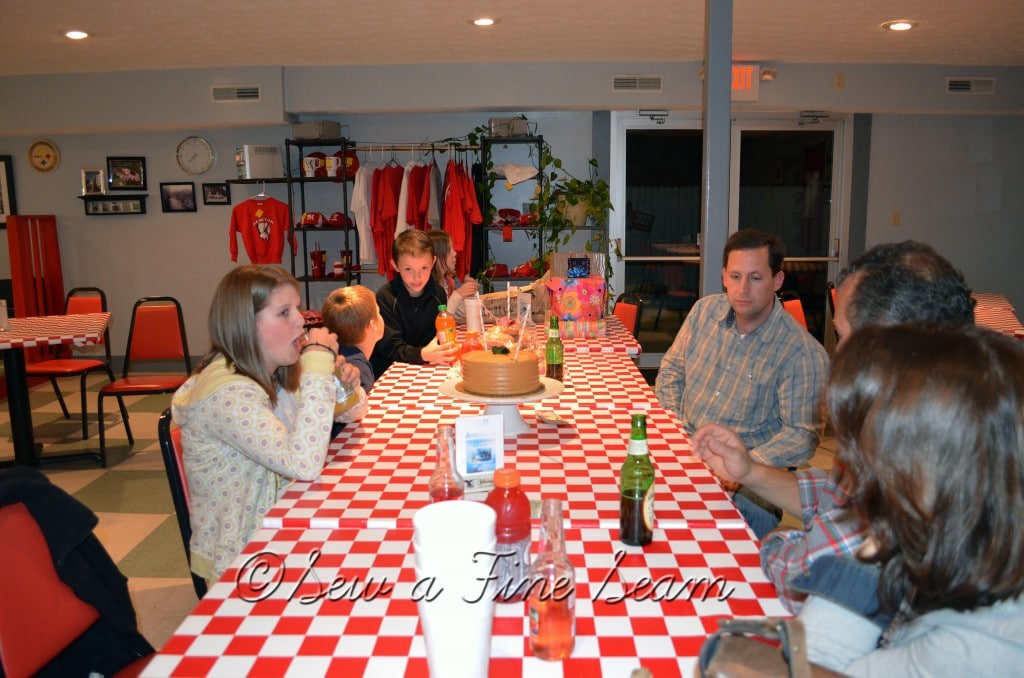 Take cakes to pizza place, invite some friends to join you, order pizza, give the kids a bunch of quarters to play the video games, and breathe a sigh of relief that you have a year before time to think about another party for this child.  (really only 10 months because this party is late, but we’ll ignore that fact) 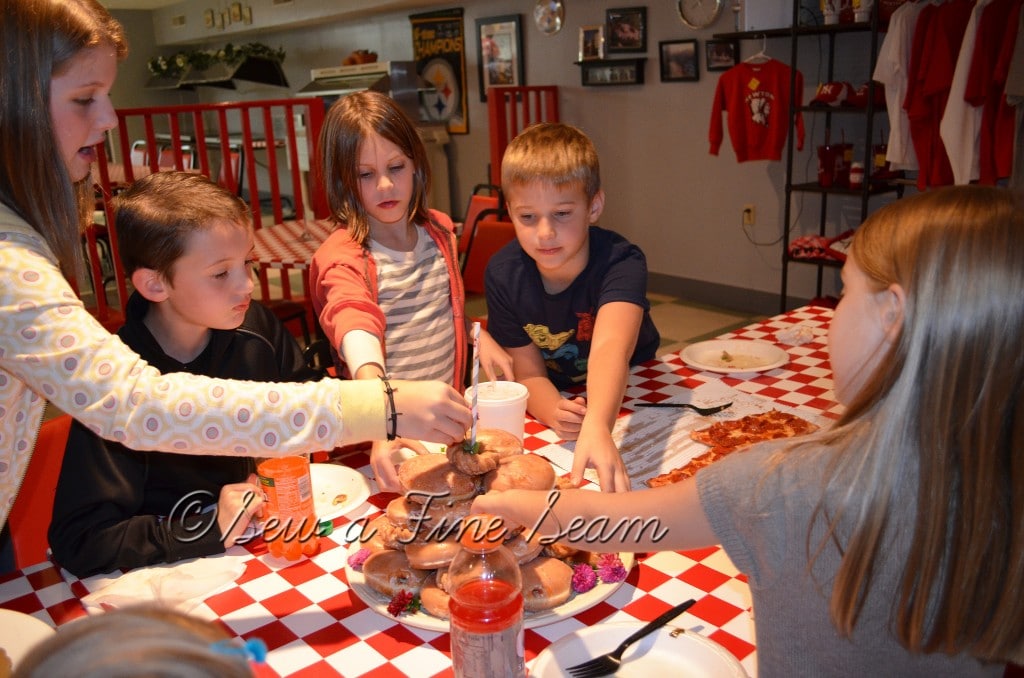 Easiest birthday party ever.  No need to clean the house.  No food to fix.  Never mind that award that is rusting away!!

What do you do for your kids birthdays?

Sign up for all the Strawberries and Cream from Sew a Fine Seam! (discounts, news, product launches, info and more!)
« Wedding Photos
Re-dressing a Chair »