I have wanted a deer head for my wall for 15 years.  A big buck with a beautiful rack.  My hubby has a cross-bow.  Guess how many times he has gone hunting in the 15 years we have been married? 0 – a big fat 0.  Every year I ask him if he’s going to get me my deer head for my wall.  Every year it doesn’t happen.  Last year I decided I not only wanted a deer head, but it might as well be an albino deer too – so it would be all white.  Might as well ask for the moon if you’re gonna ask 😉

Earlier this summer a friend posted on Facebook about an unfortunate incident she had been involved in.  A local shop had a faux deer head with antlers – she picked it up from the chair it was resting on, not knowing the antlers were not attached, but instead would come out of the head.  They tumbled out and one of them broke – in several places.  She felt terrible and though the shop owner insisted she not pay for it, my friend was still feeling bad and asked all her Facebook friends what she should do.  I suggested she go back and offer the lady cost for the deer head.  Then she could glue it back together and have herself a fun wall ornament.  I even jumped in with an offer to go do it myself ’cause I thought it sounded like a cool decor piece to own myself 😉

My friend did go back, paid the shop owner cost for the deer head, and hauled it home.  Where it sat in the bag for several weeks.

I eventually got a text from my friend asking me if I was still interested in purchasing the deer head.  I told her to bring it over – I’d take a look.  Upon seeing it I whipped out my checkbook and promptly paid her!  I didn’t want her to change her mind!!

But don’t you see the potential??  Even with a broken antler he’s a beauty!  AND he’s WHITE!!! 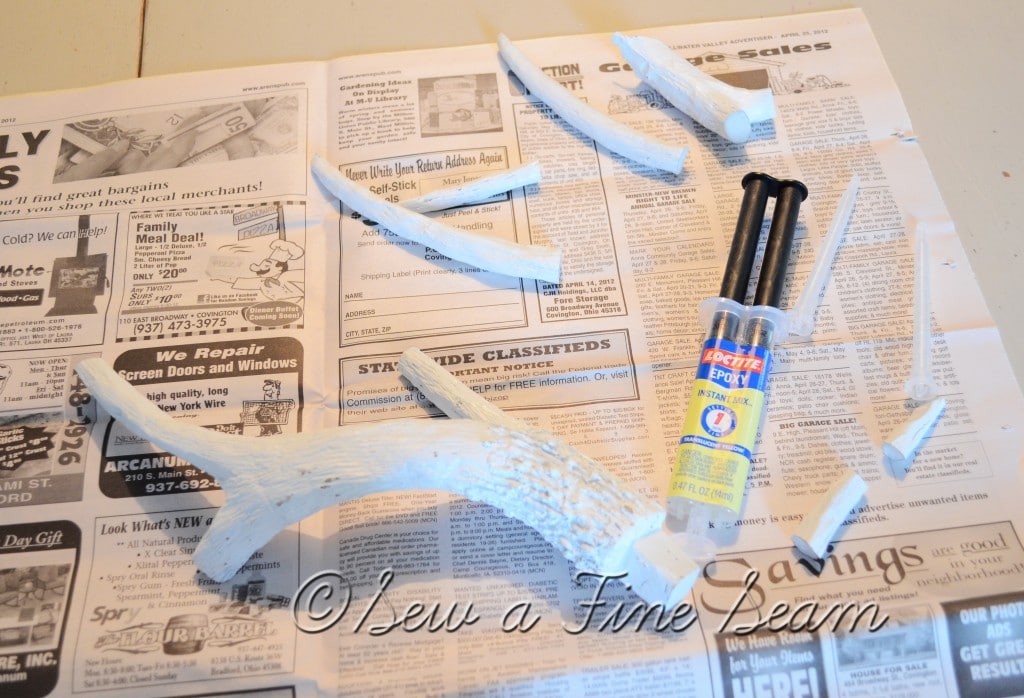 Seven pieces.  A tube of epoxy.  Help from my hubby. 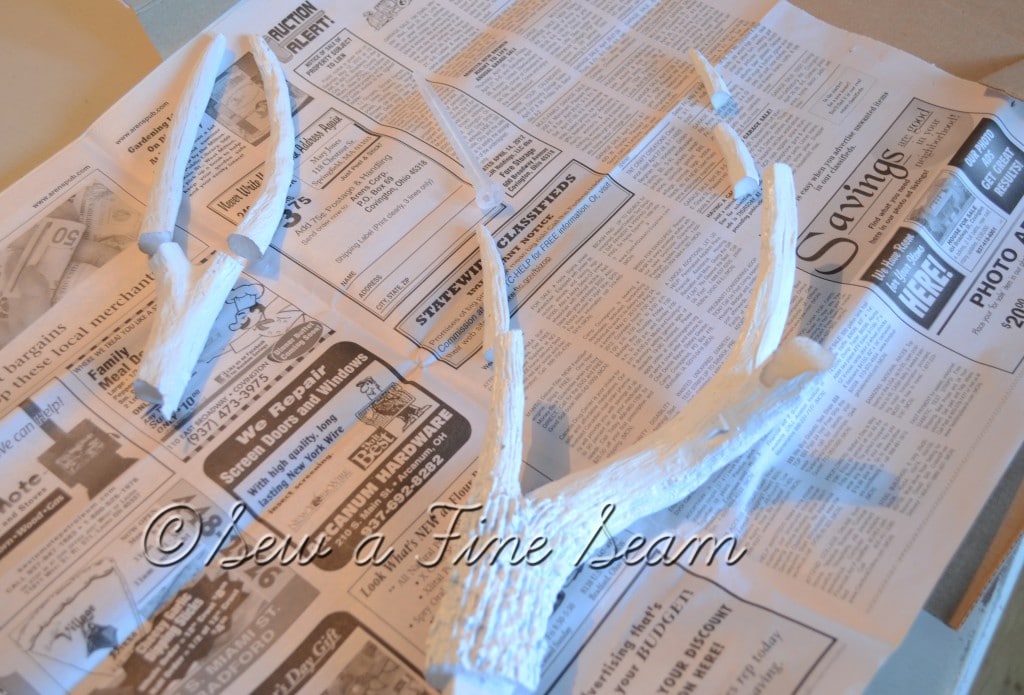 We figured out how it all went back together and started gluing.  When using epoxy you have to work quickly and it’s pretty much a one use substance.  Once the stuff in those 2 separate tubes mixes it immediately starts to harden.  If you put the tube down for about 3 seconds you will no longer be able to get anything out of it. 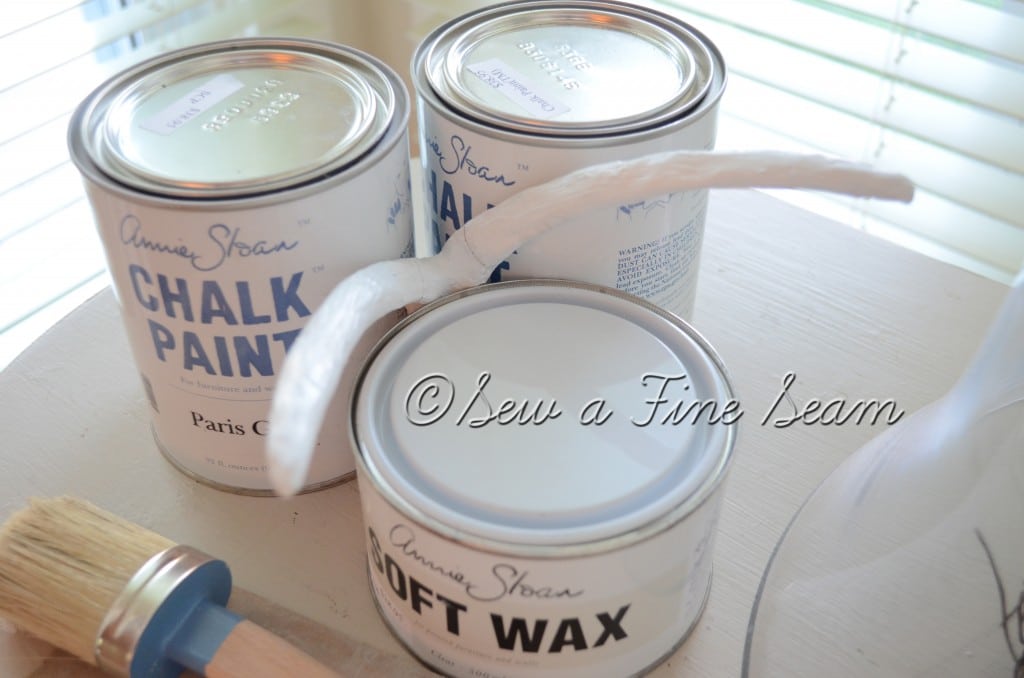 We put it back together in stages.  One night we did this… 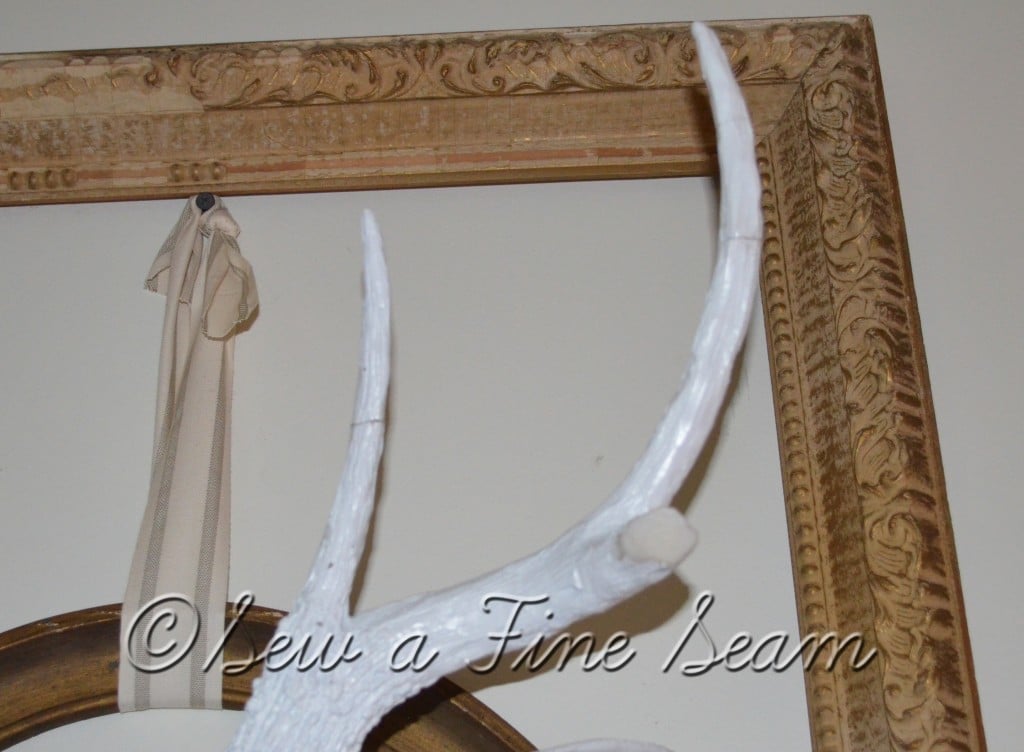 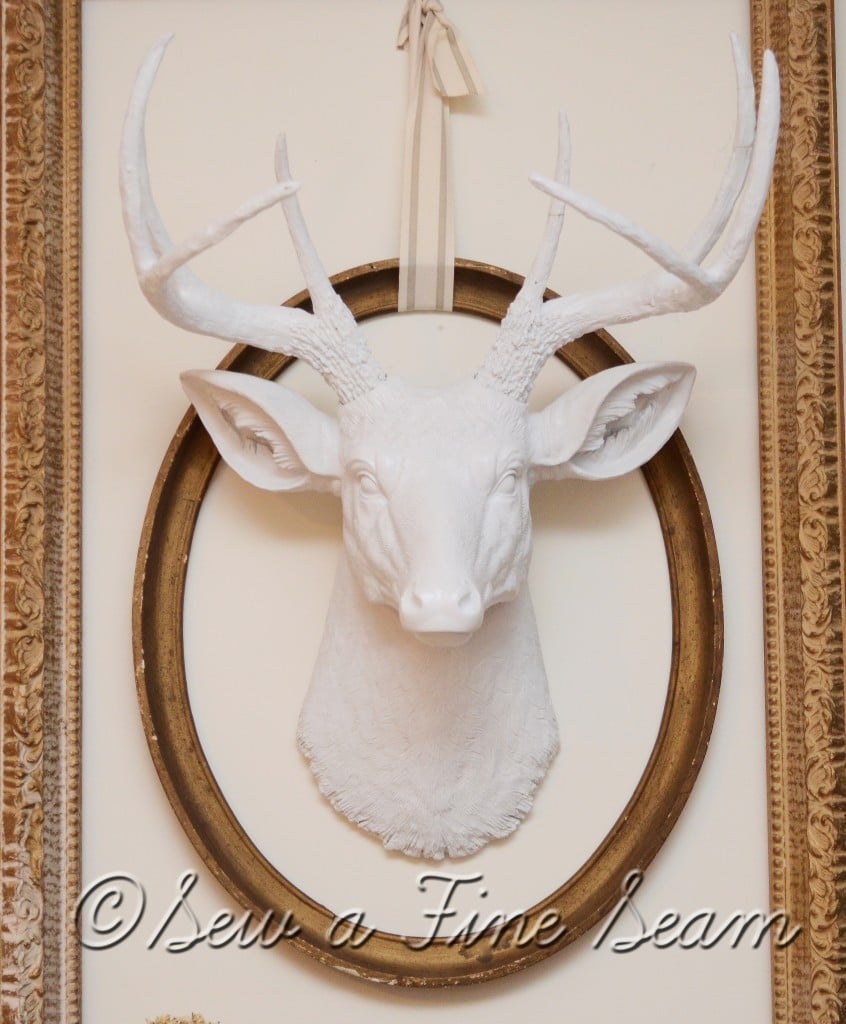 The next night we finished it up.  Less than a week after I got him he was once again proudly displaying a full rack!  The fact that there are some fine lines in several places on one side of the rack just adds some character. 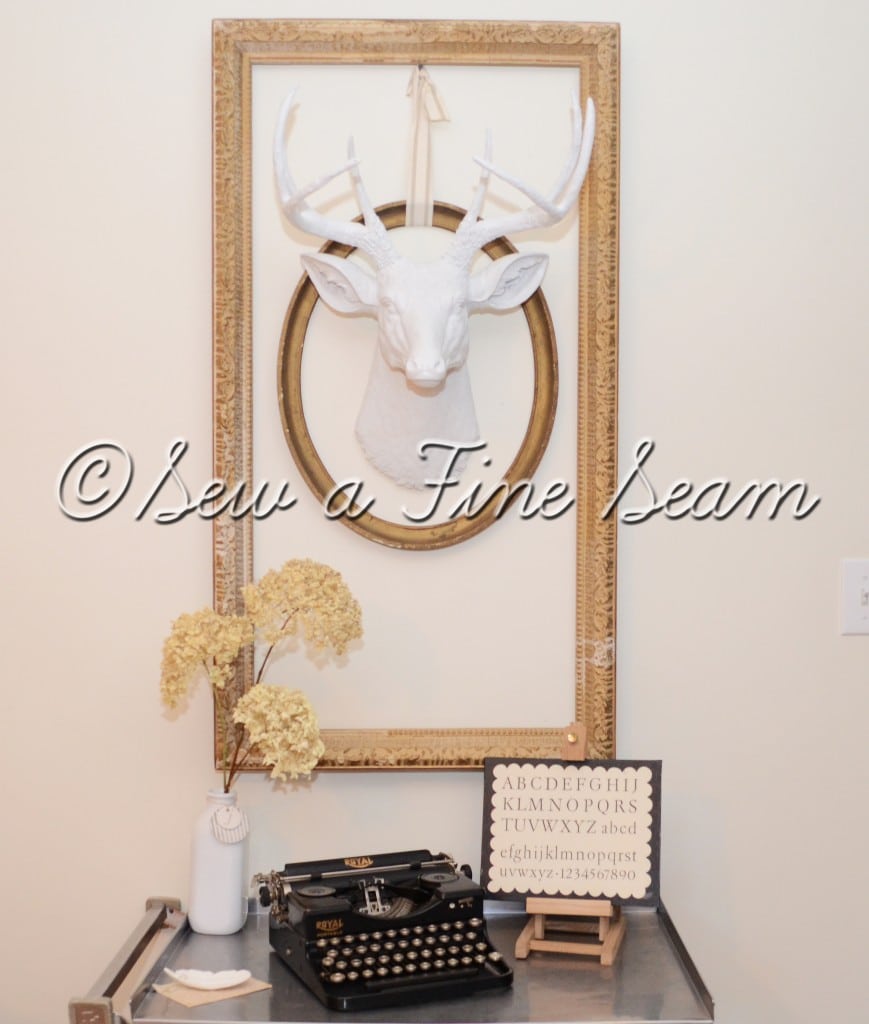 He enjoys his place of honor on my living room wall, surrounded by vintage loveliness.  He is looking forward to the Christmas decor that will most assuredly adorn him in just a couple more months.  Today I did see him eyeing the dining room.  I think he spotted a wall that needs a little something different for fall and winter.  You can see the cake poster here that has been on the dining room wall all summer.  I’m debating whether to move him or not.  And I still want the real deer head but this one makes me think about it less 🙂

Are you a fan of deer heads on the wall?  Or would you prefer they find a home somewhere besides yours?!

Sign up for all the Strawberries and Cream from Sew a Fine Seam! (discounts, news, product launches, info and more!)
« Summer Fades Into Autumn
Sticks and Leaves and Flowers and Herbs »