I really like the Union Jack.  Yes it’s trendy, it’s the thing to do now, but lots of people like it so why not ride the trend train for a while?  My Union Jack pillows have gotten a bit of attention out in blogland.  Which is really fun for me and for the lovely lady I made them for.  She was quite excited when I told her they had been a hit and said she just knew they would be.  So now she can look at her cute Union Jack pillows and smile over the fact that they are a trendy fashion statement and lots of people out there love them.  If you loved them too you can purchase one for yourself here.

A couple of weeks ago I had a new etsy friend ask me if I’d like to trade pillow covers.  She had one I had liked and shared on fb.  Of course I said yes!  She wanted a Union Jack but she wanted yellow.  Here is what I came up with for her.

Fun velvet scalloped ribbon that I found in my stash.  The narrow yellow is vintage seam tape folded in half to make it narrower. 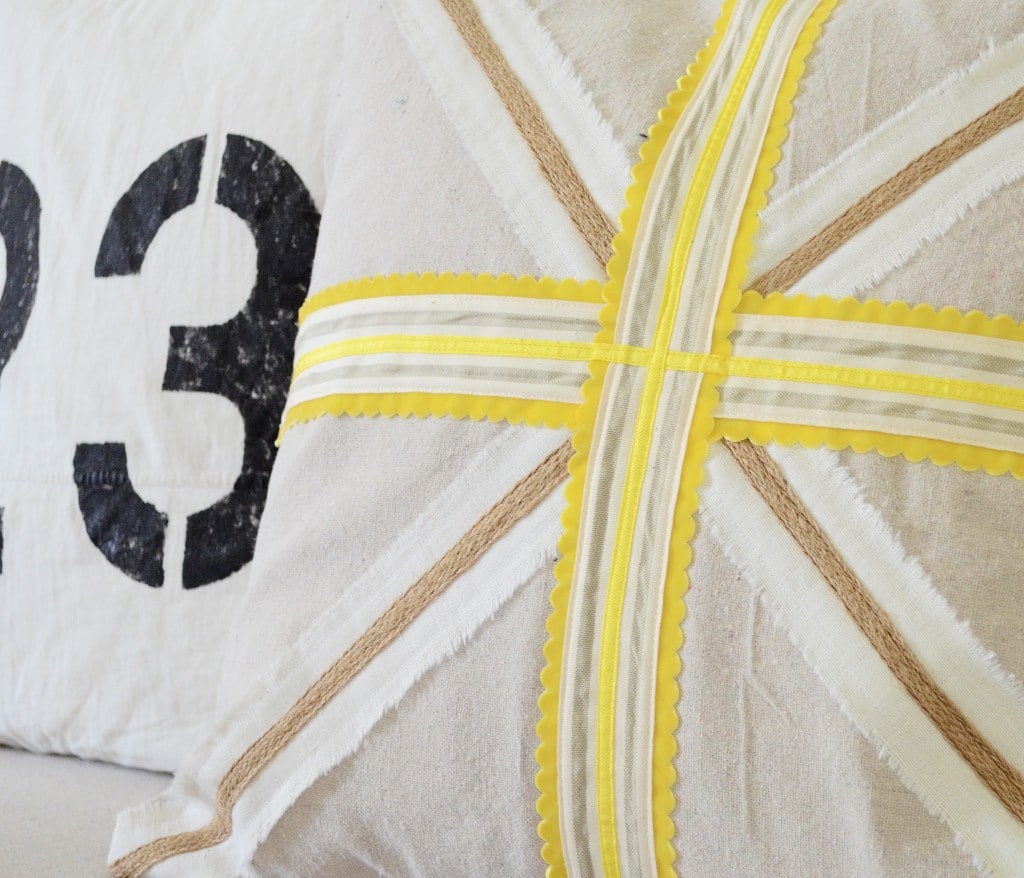 It went quite nicely with my painted number pillows on my couch!  But if I kept everything I make I would qualify for the ‘Hoarders’ show, so I wrapped it neatly, added a yellow ribbon to the package and sent it on its way via USPS. 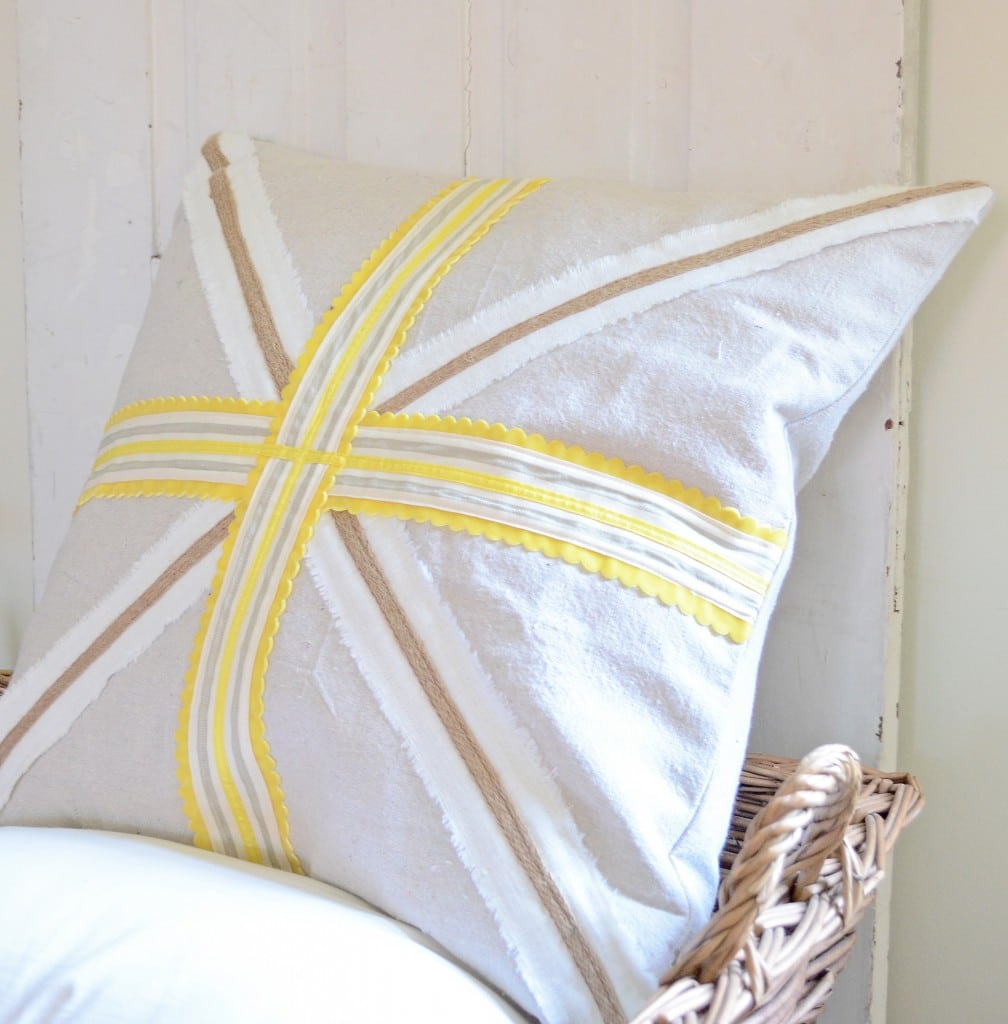 It even looks great in the basket I used to stage my red Union Jack pillows. 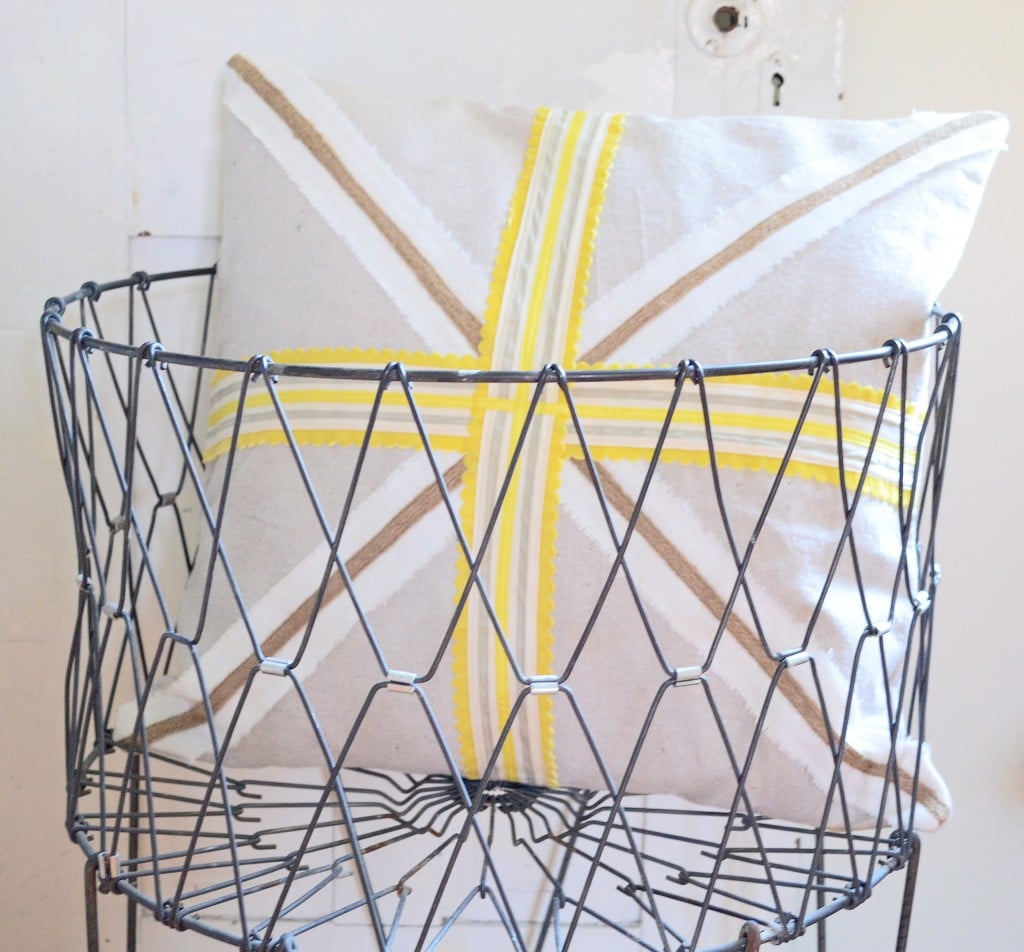 I checked my delivery confirmation number.  It was listed as undeliverable.  It would returned if the return info was provided.  Nice.  I knew I had put my return address on it so I expected to get it back within a week.  But a week went by and no return.  Another week went by – no return.  So I ordered more yellow ribbon so I could stitch up another one. 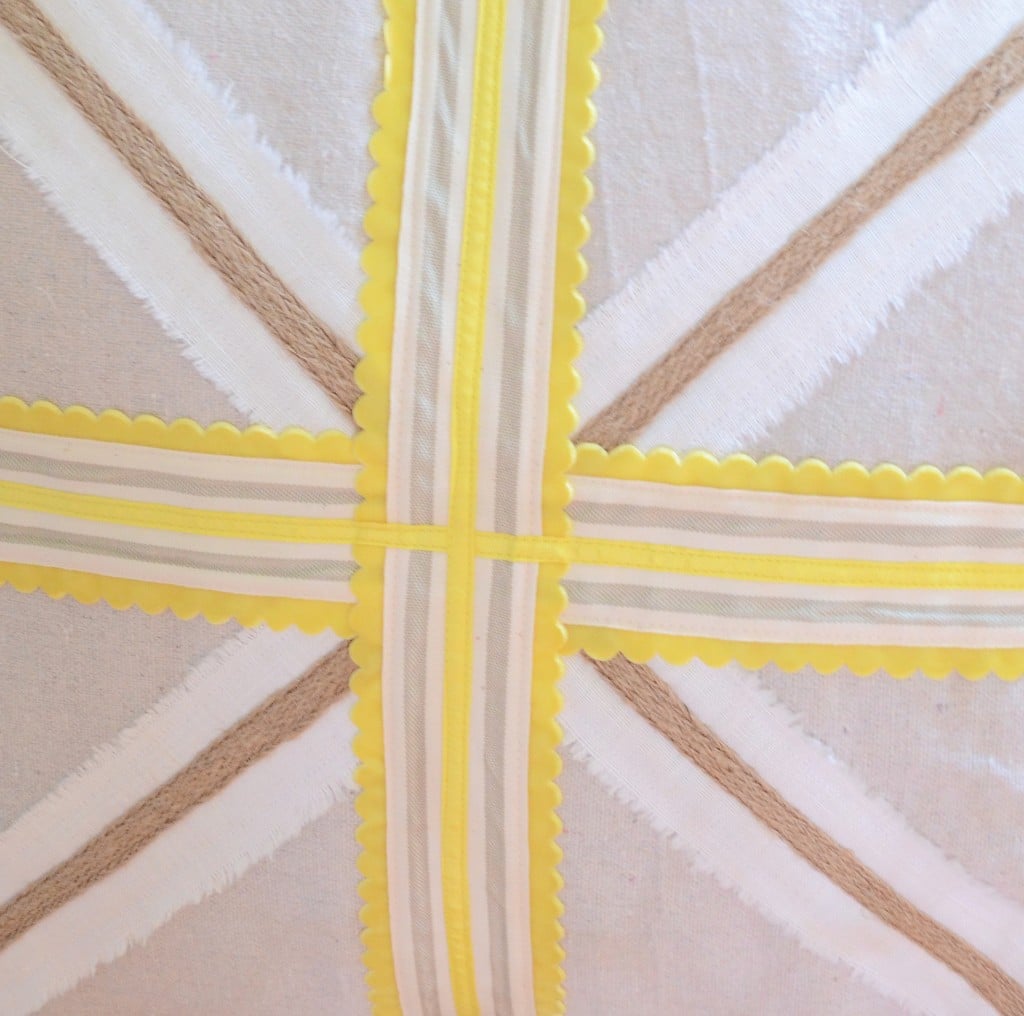 I was thankful I had taken pics so I could make another one exactly the same. (my memory isn’t quite what it used to be) 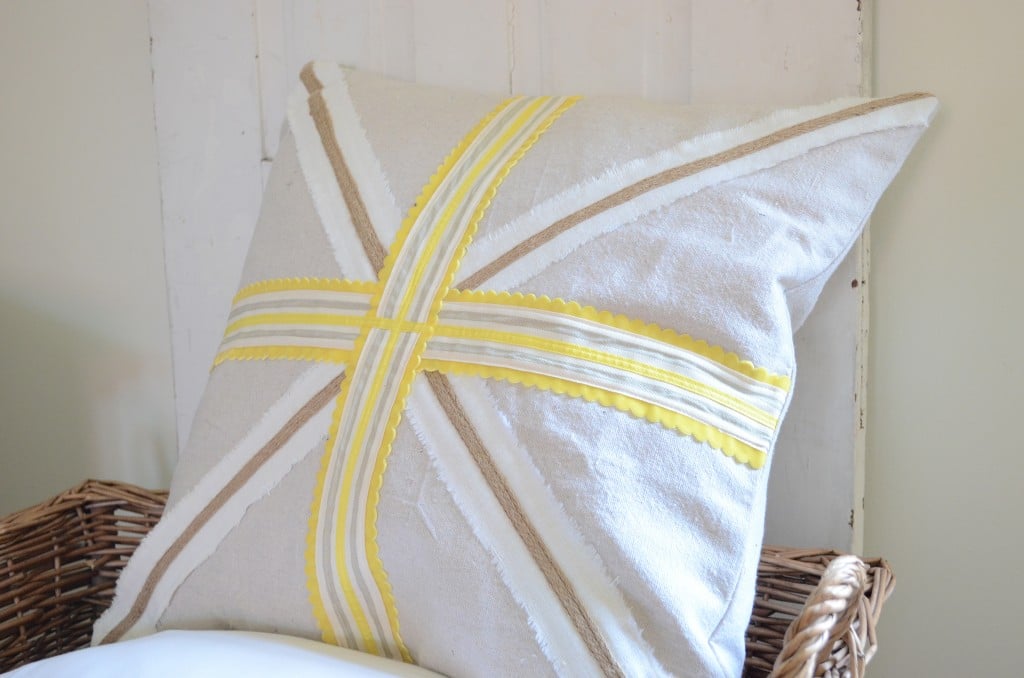 Today the package arrived in the mail.  I left out a numeral in the apartment number.  Bummer.  So I repackaged it, addressed it with great care and it is slated for tomorrows mail.  In a padded Priority Mail envelope.  I am convinced they take better care of the packages that are in the red, white, and blue priority envelopes and boxes.  And delivery confirmation is a must.  I even add insurance to a lot of stuff.  Especially after waiting so long to get this one back that I thought I was never gonna see it again.

Crossing my fingers that this time it gets to its destination post-haste!!!  As soon as I know it is safe with its new owner I will get MY pillow cover on a pillow and start using it.  I hated to be enjoying mine while hers was lost somewhere in the postal system!

Have you ever lost anything in the mail?  My family has.  Something pretty big and pretty important to our family.  I’ll have to tell you about it sometime.

If you like this yellow Union Jack I can make you one too!  I have more yellow scalloped ribbon on the way!!  I love custom orders.

Sign up for all the Strawberries and Cream from Sew a Fine Seam! (discounts, news, product launches, info and more!)
Be the first to know about new tapestry wall hangings, boho throw pillows, seasonal home decor and more.
« Loretta Wray Pottery
What is it? »