Many summers in the past 15 years have found us in the middle of some intense home makeovers.  Including, but not limited too, pulling down old lath and plaster and hauling it out of the house load after load after load.  But this year it isn’t us – it’s our neighbors right beside us.  I felt their ambition, sweat, pain and tiredness as their pile of old wood, lath, plaster, linoleum, and who-knows-what-all grew larger.   I hear the tools whining inside as they finish drywall, I see them covered in drywall dust.  And I remember and I know JUST how they feel.  One day I noticed something peeking out from their pile of trash.  Something old, made of wood, and totally too cool to allow it to make the trip to the junk.  So I rescued it from the trash heap and hauled it across the alley to my house.

It was a lot more old, yellow, white than this pic shows.  It was cut down at some point from its original size – hubby pounded some nails in a couple of spots he thought were coming apart too much.  I liked the fact that it is paneled and solid wood. 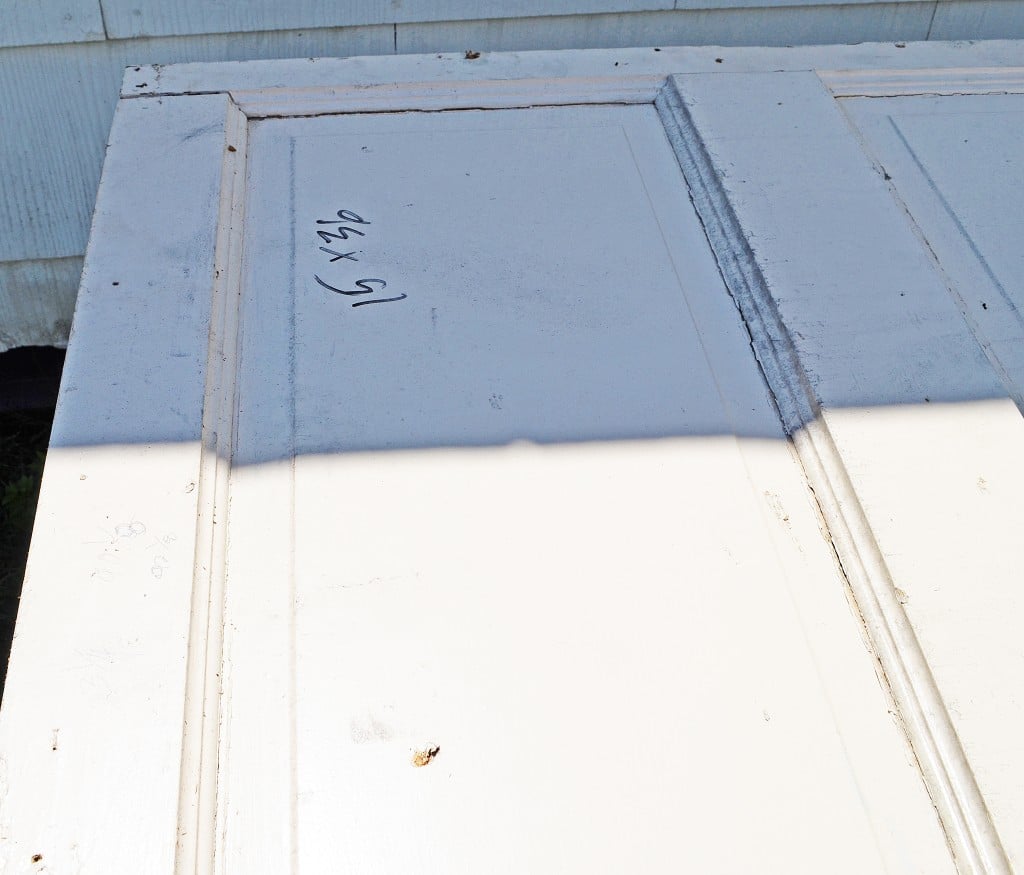 It had been written on with a Sharpie and with pencil.  It was dinged and scratched and dirty. (sorry for the shadow, I moved to complete shade but didn’t take any more before shots.)

Here’s another shot of some of the stuff going on for this old door.  It was sad and tired, and very much put out that it had been dumped on the junk heap. 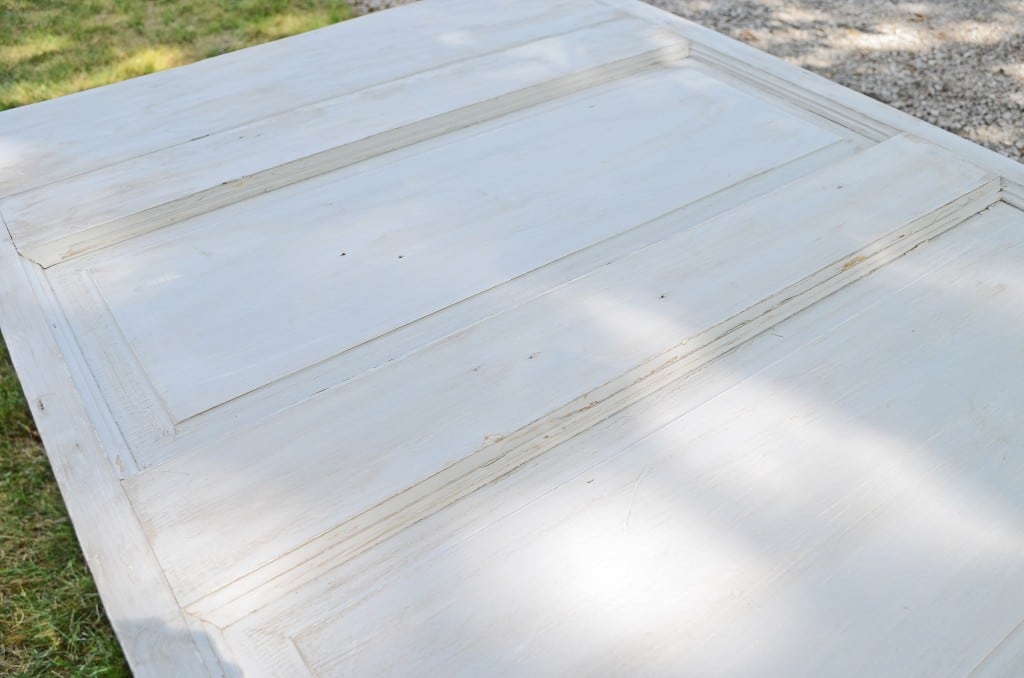 I could almost hear it sigh with contentment as the fresh new coat of Annie Sloan Chalk Paint was lovingly brushed on. 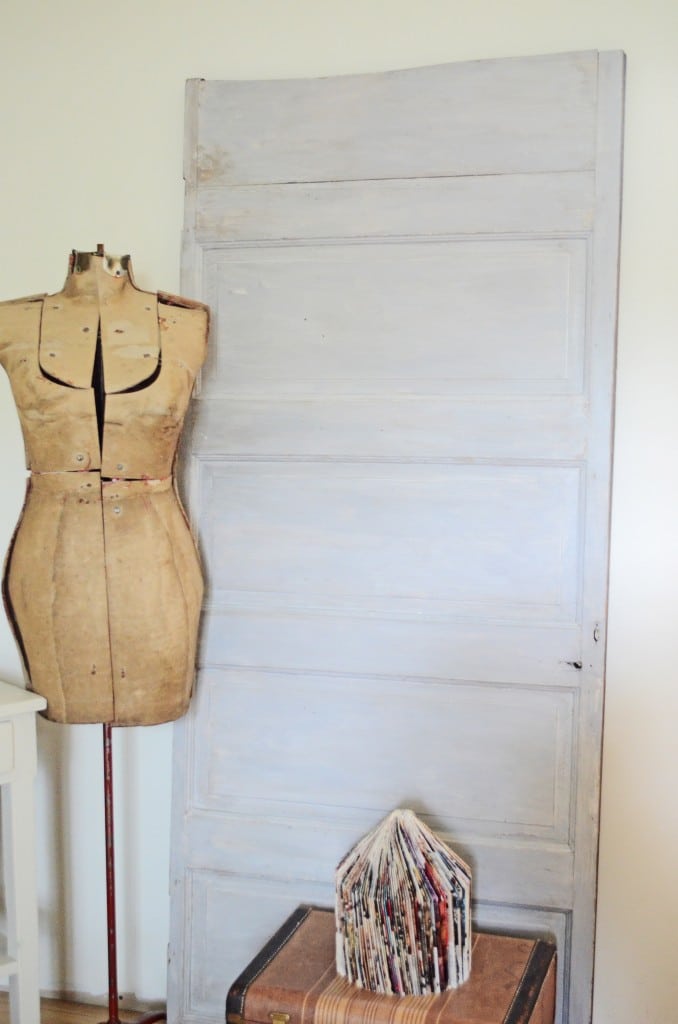 And because I was much too excited about using AS chalk paint for the very first time I didn’t get lots of good in between pics.  Here is the after.  Happy and content with its new life! 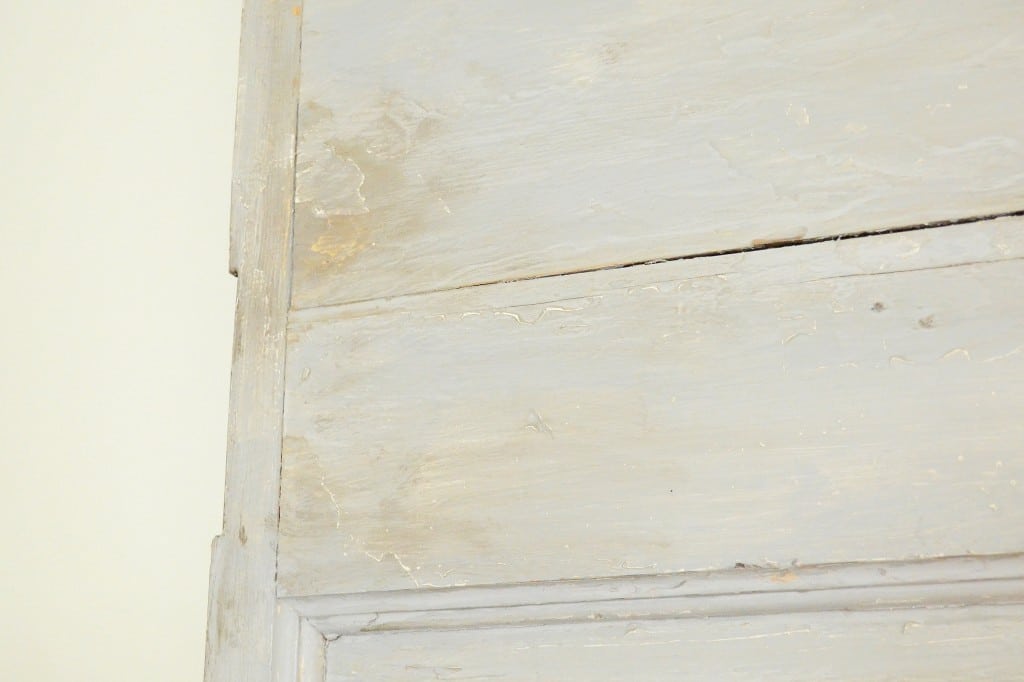 I cleaned the door up as best I could, using the garden hose and a bucket of soapy water and a rag.  Then I let it dry in the sun.

I used AS chalk paint – paris grey.  I wanted a few darker spots but I had only purchased the clear wax.  So I used a little dark stain I had on hand and rubbed it in a few spots and then sanded till it looked like I wanted.  Not much sanding was necessary at all to get the look I was after.  I should insert here that I really wasn’t sure what look I was after!  I was so giddy about actually using the paint at long last, that I could hardly contain myself! 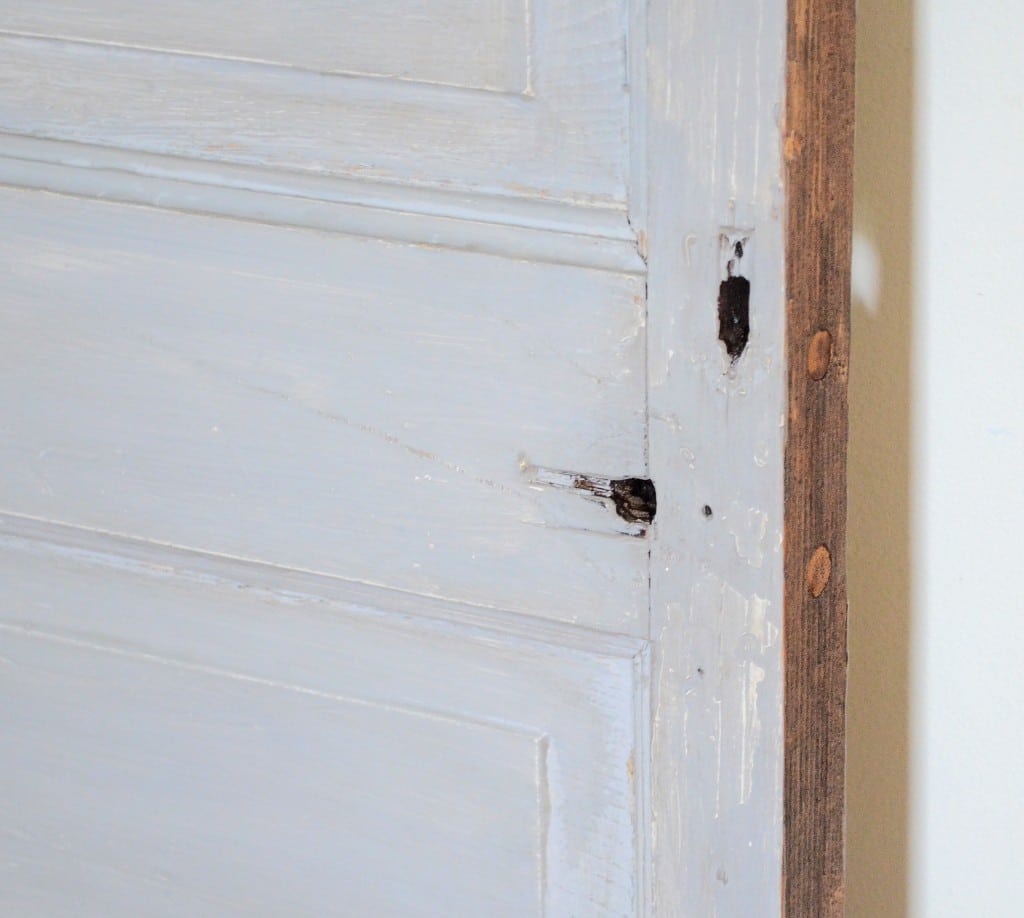 I stained the edges of the door too just because I liked it that way.  I didn’t put the paint on heavy but it did cover the writing on the old paint.  I am totally in love with this paint.  I can’t wait to use it on some other stuff.  And I will be buying more colors – just for fun!

Sign up for all the Strawberries and Cream from Sew a Fine Seam! (discounts, news, product launches, info and more!)
Be the first to know about new tapestry wall hangings, boho throw pillows, seasonal home decor and more.
« Rain and D. Reyne
Annie Sloan Chalk Paint »