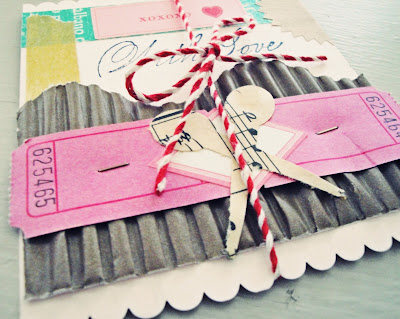 There are various stories out there about the origin of Valentine’sDay.  Some call it a ‘made-up’ day andwant nothing to do with it.  Some thinkit’s silly.  Some roll their eyes.  Others go all out – candy, flowers, cards,hearts, you name it!
I like this storyabout its origin:
In 270 AD the emperor of Rome outlawed marriage.  Married men did not make good soldiers so theemperor reasoned that by outlawing marriage he would have more and bettersoldiers, men who were not reluctant to leave home and family in times ofwar.  He also outlawed Christianity.
Saint Valentine, a Catholic bishop, did not agree with the emperor.  He was a Christian and believed God hadordained marriage, so he performed marriages secretly.  He was discovered and imprisoned fordisobeying the emperor.  While in prison,the jailor’s daughter brought him his meals and befriended him.  Valentine soon fell in love with the jailor’sdaughter.
The emperor sentenced St. Valentine to death.  On the eve of his execution, St. Valentinewrote a love letter to the jailor’s daughter, signing it, ‘Your Valentine’.
Sigh.  Howromantic!  True or not I like thisone.  Do you have a favorite story aboutValentine’s Day?  Any Valentine’straditions?  Do you like all the hooplaor do you think it’s overdone?  Does yourhusband remember and get you flowers, chocolates, or a card??

Sign up for all the Strawberries and Cream from Sew a Fine Seam! (discounts, news, product launches, info and more!)
« Valentine Cards
~Valentine’s Decor~ »