I decided over the summer that even though I knew I wanted my girls to learn to sew, I was not going to get it done on my own.  Truthfully, I’d much rather just sit down and sew stuff myself than show them how and then watch them go through the painstaking process of learning.
So I enlisted the help of my Mom.  We have now spent a couple different days going to Grandma’s to sew.  Big Sister (I really think she’s getting old enough for a new blog name) has a quilt started.  She is less than thrilled with the whole sewing thing.
But finish it she mush – Mom and Grandma said so. Besides , she needs it for her bed!
Middle Sister is starting on some cross stitch and doing well with it.
Little Sister is the one who has, so far, really taken to it.  Might be just the age or maybe, just maybe, she will follow in her mama’s footsteps?!!
After the first day I could hardly get her stopped.  Every time I turned around she needed me to:  thread a needle, tie off thread, untangle thread, thread a needle, tie off thread… 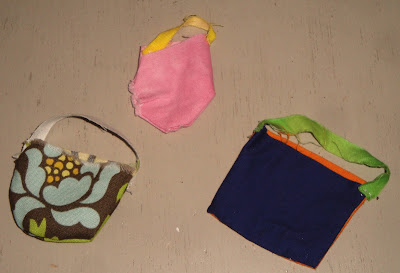 Here are 3 small bags she made by hand.  All I had to do was show her once and she’d say “OH!!” and off she’d go to sew it up.  She figured out the handles on her own. 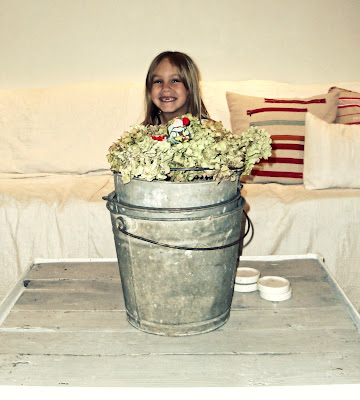 Here she is with her ‘mouse’.  I know you can’t see it well but this was the pose she chose. 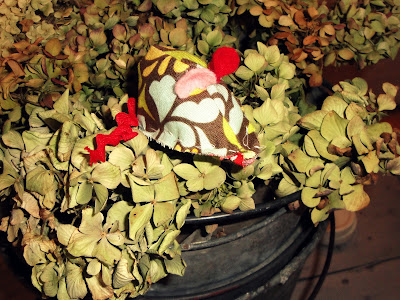 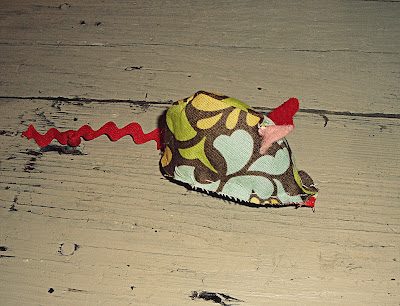 And here’s an even better shot.  This is one of 2 or 3 mice she has made. I’ve lost count.
This week she started on a 9 patch doll quilt.  I made one when I was in kindergarten.  I still have it.  I remember taking the needle up and down several times before pulling it on through.  I remember getting as many stitches on that needle as absolutely possible.  It was faster that way.  Does that surprise anyone?  That I was already figuring out the fastest way at 5 years old???

Sign up for all the Strawberries and Cream from Sew a Fine Seam! (discounts, news, product launches, info and more!)
Be the first to know about new tapestry wall hangings, boho throw pillows, seasonal home decor and more.
« Fall Decor
Fall »