On our way home from Kansas we stopped in St. Louis at an outlet mall that we’ve been wanting to stop at for a few years.  Stopping there put us home at midnight but it was worth it!  This outlet mall was truly an outlet.  Like the ones around here used to be.  Most things were on sale and lots better sales than I ever see around here anymore.
Shoes seemed to be the buy of the day… 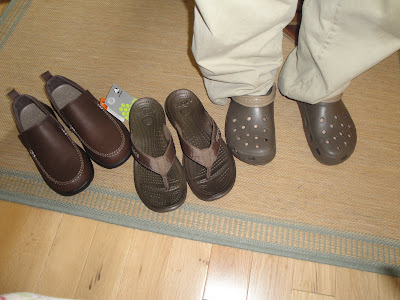 Travis came home with THREE pairs of crocs.  $10 for the regular crocs.
$35 for the flip flops which his wife insisted he get regardless of the fact that they were not on sale.  BUT… when the clerk rang them up the other pair of shoe-crocs was FREEEEEE!!!  YAY! 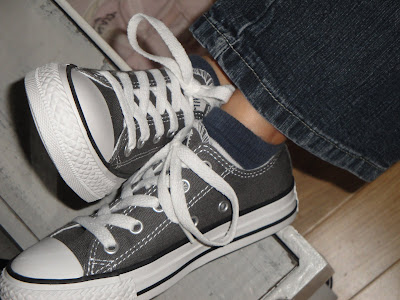 Middle Sister was BEGGING for some Converse.  She wanted black.  They didn’t have her size.  She thought the ones that were 2 sized too big would work!  I did not.  So she settled for the grey.  Which I love much better anyway:) 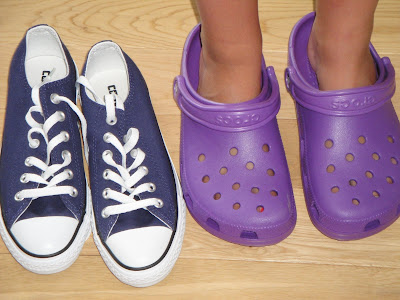 Big Sister found a pair of Purple Crocs on the $10 bin.
And then begged for a pair of purple Converse.  Since it was buy one get on half off, we caved. 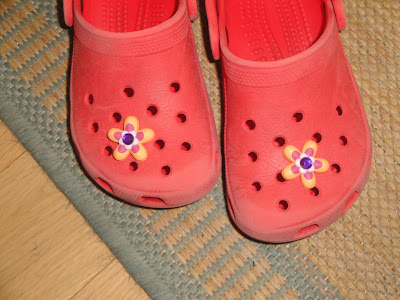 Little Sister got some croc pins for the crocs she already owns. 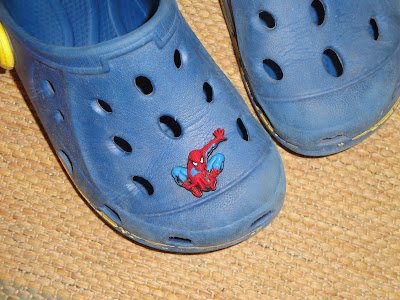 Middle Sister talked me into a Spiderman pin. 🙁 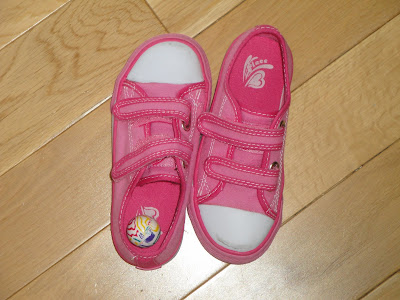 Little Sister didn’t get any new shoes because her Aunt Deborah had just given her these.  Yes, that’s a super ball in the heel of the left one.  They all got them at the mall. 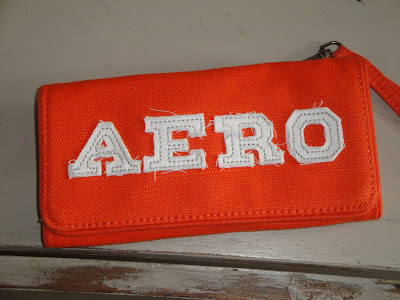 Big Sister and I spent awhile in the Aeropostale store.  We are to that stage in life it seems!  She tried several things on but nothing that was on sale enough for Mom or that Mom thought she really needed.
She did find this wallet on the clearance rack. 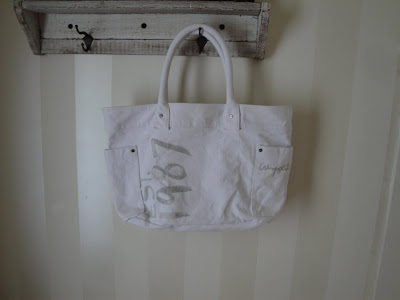 And I found this bag on the $5.99 rack.  Love finds like this. It’s a great size!
Someday I’m spending several hours at this mall.  It had a huge play place for kids and tons of stores we didn’t have time to go in.  Maybe next year…!