Last week as I was feverishly finishing wedding dresses so I could be gone all day on Friday I had a last minute brain storm.  I think it was about Wednesday night I thought ‘wouldn’t it be fun to make canvas shopping bags for the four of us to use!’  I was thinking of the cool drop cloth I have laying here begging to be made into something fun.  I told myself I didn’t have time and went about my sewing that DID have to be done.  But Thursday morning the idea was still lingering in the fuzzy edges of my brain.  And then.  I remembered the LINEN I had lying there.  Now THAT would be a really cool shopping bag to take to a French Flea!!! 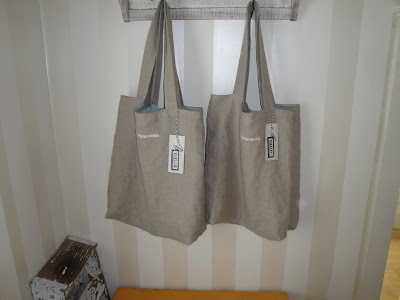 And once an idea is rooted that deeply and it’s something I really want to do, and there is a way to make it happen (even last minute) I usually go for it. 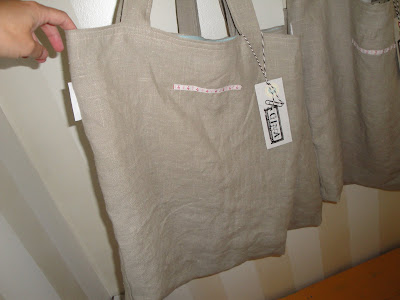 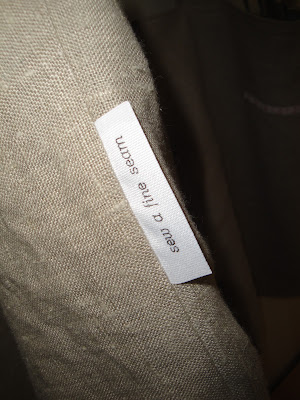 I called it ‘advertising’! 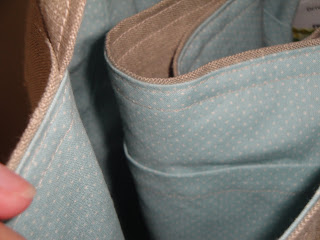 I toyed with the idea (very briefly) of leaving them unlined.  But a lined bag is SO much nicer and looks so much better. 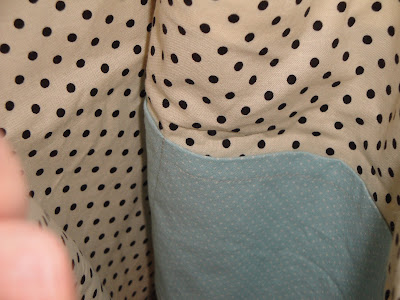 I didn’t have enough of the blue dot fabric so Kara’s got lined with cream/black dot fabric with a blue pocket.  Because the pocket was already cut. 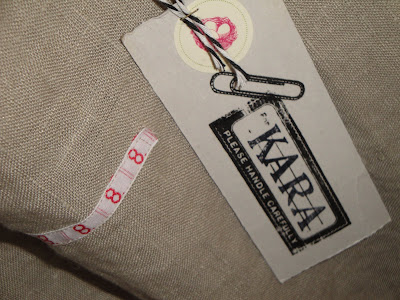 The number ribbon was a fun accent.  The tags I made using the Cavallini stamp set I got for Christmas and hadn’t used yet.
The bags were a hit!  They loved them:)  And I must say that after carrying mine all day I was rather impressed with the size and shape and handle length.
Want one?  I could probably be persuaded to make some more.  There would be a price tag on them of course!!

Sign up for all the Strawberries and Cream from Sew a Fine Seam! (discounts, news, product launches, info and more!)
« Horton’s Of Tipton ~ French Flea! Part One
Horton’s of Tipton’s French Flea ~ Part 2 »