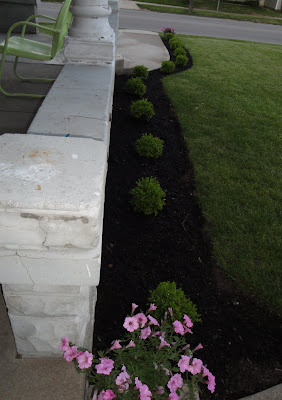 You might remember this picture from an earlier post?  Can you see the pot of flowers clear down at the end of the row of boxwood?  It and it’s sister were put there ‘for the time being’ till I could purchase what I really wanted there.  The flower you can barely see in this photo is WAY bigger now.  But that is another post, coming soon.
So, what I wanted on either side of my walk was urns.  I looked at some really cute ones at the Springfield flea, but the price was a little more than I was willing to shell out. So…I kept looking. Then a friend called to say she was in town and had found some but they only had one in brown and one in grey. So I told another friend to keep her eye out for me and voila!!! She found them! Thanks Kara! 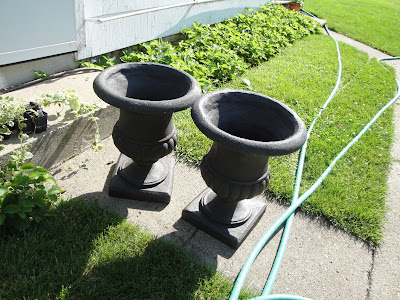 So they were bought and hauled home and there they sat for a few weeks. 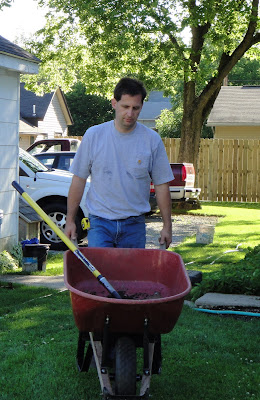 I have been blessed with a hard working perfectionist husband:)  Before the urns could be placed where I wanted them, he poured a couple concrete bases and glued old bricks to the top to give the urns a flat, level surface.  And it does look wonderful if I do say so myself.  Thanks honey, I love you sooooo much:) 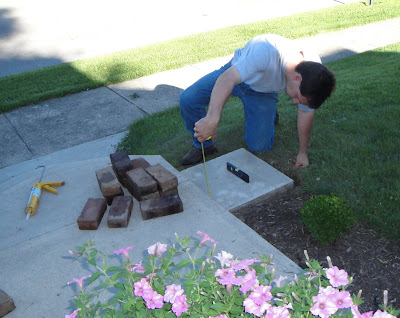 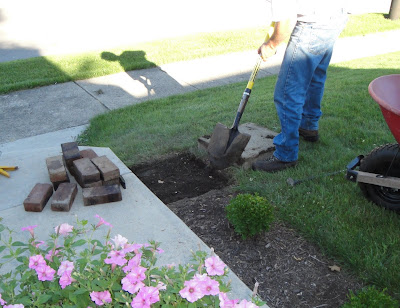 pull it up, add more dirt… 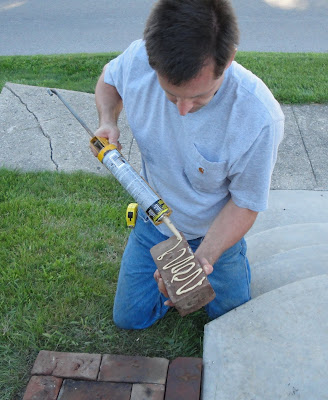 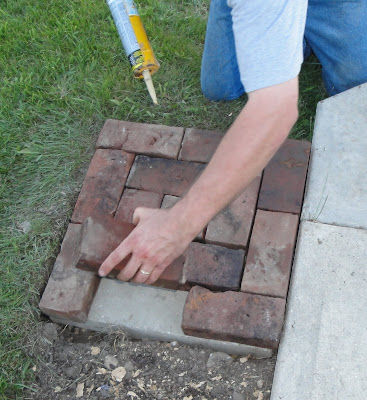 and there you have it! 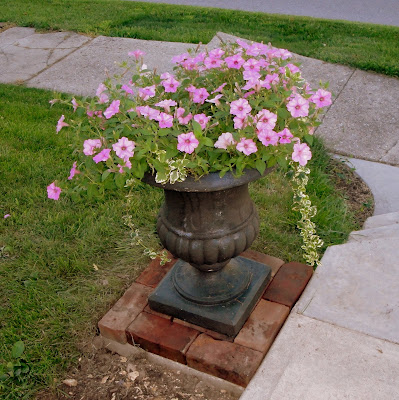 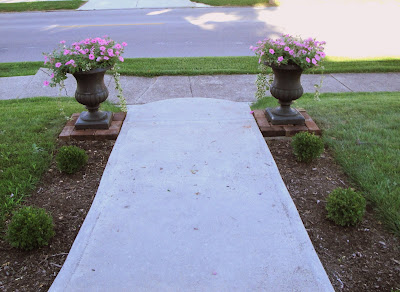 One for each side 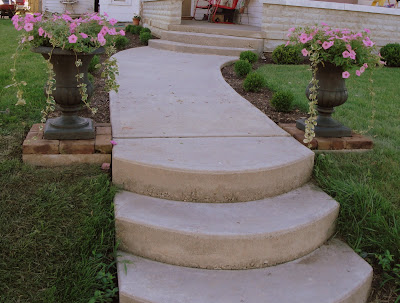 Sign up for all the Strawberries and Cream from Sew a Fine Seam! (discounts, news, product launches, info and more!)
« Grocery Shopping/Herbs/Dinner
Buy your flowers at Sink’s ‘Secret Garden’!! »