About 20-25 years ago I thought Lamborghini’s were the coolest cars ever.  I wanted one.  And I got one!  Sort of.  A remote control, white Lamborghini.  From my Dad I think.  I’m not sure what became of it but it was cool for awhile and had a place of prominence in my bedroom:)
A couple weeks ago Travis and I went to Cincinnati for a couple days to the Home School Convention.  On Friday night we walked to Fountain Square for dinner.  On our way back to our hotel we spotted this beautiful, lime-green Lamborghini!  It was so cool.  It’s the first real one I’ve ever seen.  It brought back memories of my passion for the vehicle once-upon-a-time, and the remote controlled one I had.  We weren’t the only ‘tourists’ snapping pictures – there were at least 6 other people doing the same.  And the red BMW behind the green Lamborghini??  No one noticed. 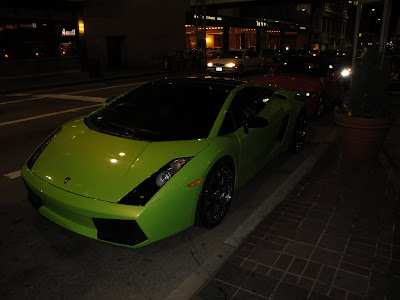 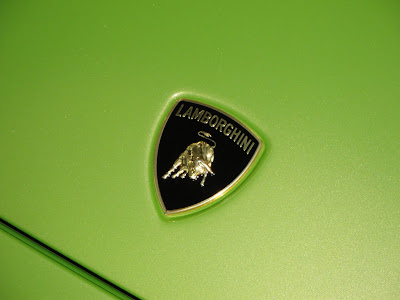 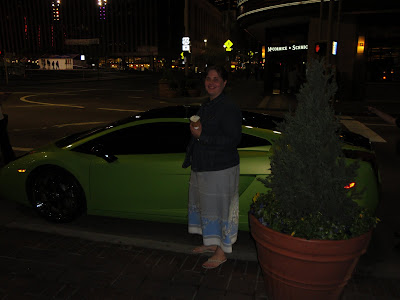 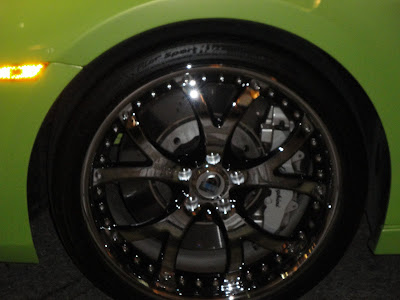 And since the person taking the pictures was male, we have a shot of a wheel… 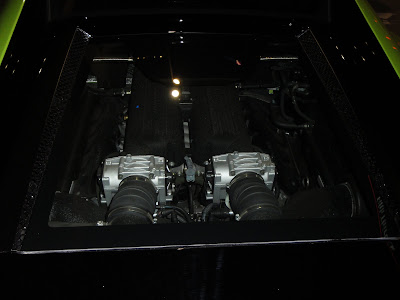 Sign up for all the Strawberries and Cream from Sew a Fine Seam! (discounts, news, product launches, info and more!)
« Toy Box Makeover
Coming up soon… »